The corpse of George Reeves, television’s Superman, was found naked in his bedroom at 1.59am by his party guests who then waited 45 minutes before calling police. Why the delay? And why would George get completely undressed when he was about to blow his brains out? Suicides rarely get naked, neither men nor women before committing the deed. They prefer a measure of dignity even in death. Police found George’s body with the gun between his feet and a shell casing underneath his body, also highly unusual for a suicide. He had left no note. 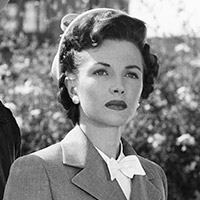 Present that night were George’s gold-digging fiancée Leonore Lemmon and a house guest named Robert Condon. His lover Carol van Ronkel arrived later with a man named William Bliss whom they barely knew. George apologized for his bad mood and went off to his bedroom. ‘He is going to shoot himself’, said Leonore to the others. They heard his bedside drawer open. ‘He is getting the gun out and now he is going to shoot himself’, she continued. And immediately a shot rang out. Bliss bolted upstairs and found George’s naked body on the bed. At least, that was the story the four drunken witnesses gave police when, after waiting 45 minutes for some reason, they called them. It sounded phony and the newspapers were all over the story for a week. And then they dropped it like a hot spud. Why? 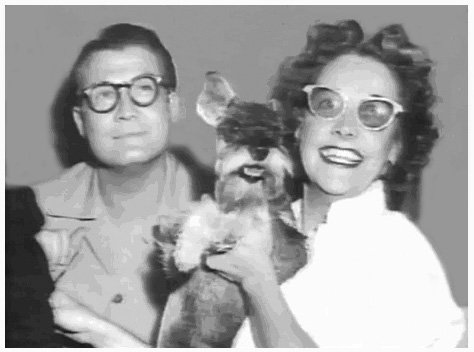 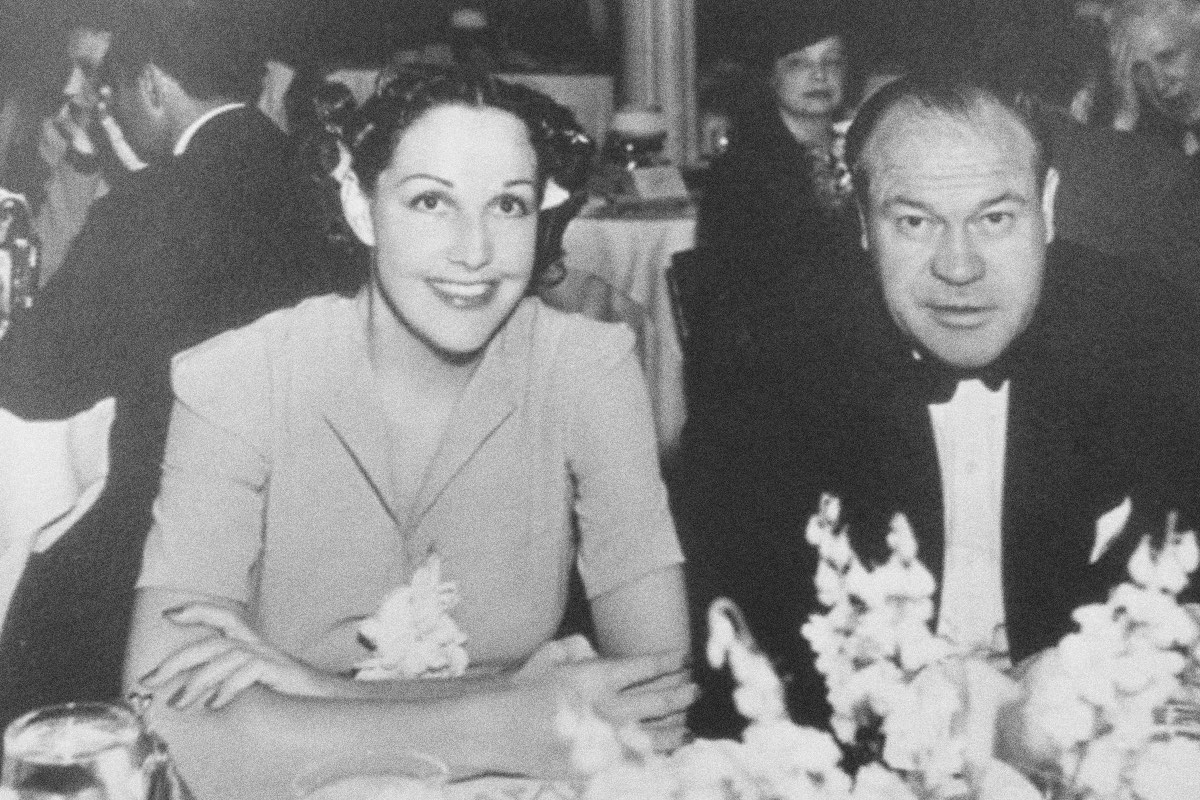 Everyone who knew him said that Reeves was a happy, fun-loving guy who would never commit suicide. Inexcusably, his body was washed before being checked for powder burns to his hands or head, burns that would have proved beyond doubt that he had fired the gun himself. There were bruises on his face and chest that have never been explained. Within a week the police evidence seal on the property was broken, apparently by Leonore, who promptly absconded to New York with $4,000 in traveller’s cheques she said were bought for her by George for ‘honeymoon expenses’. Nobody could verify this. And nobody bothered to go after her either. 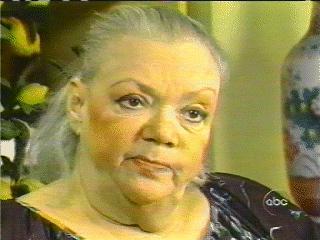 Phyllis Coates who played Lois Lane in the ‘Superman’ series received a phone call at 4.30am on the morning of George’s death. It was from Toni Mannix, the long-time lover he had jilted for Lenore, and she was hyperventilating and hysterical. ‘The boy is dead’, she ranted. ‘He’s been murdered.’ She had been his lover and benefactor for a decade, a situation actually endorsed and encouraged by her ill husband, MGM ‘fixer’ Eddie Mannix. In fact, Eddie fully expected his wife to be cared for by George when she soon became a widow. She also expected that to happen and was shattered when she was dumped for a much younger woman. Eddie was furious as well. Toni’s happiness meant a lot to him. Did Toni have George killed in a fit of rage? Did her husband hire one of his Mob connections to kill the man who had broken his wife’s heart? Was Leonore, Condon or Bliss somehow involved, and if so, why? It has been almost 60 years since the affable George Reeves met his end and we are no closer to unravelling the mystery. We can only evaluate and theorize. In August 2017, Marilyn would have turned 91! Instead she was gone at 36. Was her death murder, suicide or accidental death? I imagine there used to be plenty of individuals who knew the answer to that, but most of them are long gone today or too old to dredge up the past. Too old and, perhaps, too fearful. Every room in Marilyn’s new house was bugged by the FBI, by the Mafia, and even by 20th Century Fox. A lot of people new everything that went on in her home, including what transpired on her last day. In 1972, the new owners discovered that the entire roof was wired for every room. Of course, they had the ‘bugs’ removed once and for all. No doubt the recordings made back in ’62 still exist. It is worth briefly examining the three alternatives related to the death of one of the most famous women on the planet: What are the chances she committed suicide? The lady had just been reinstated into Something’s Got to Give, thanks entirely to her co-star Dean Martin whose contract gave him final say in his leading lady. And he refused to work with anyone other than Marilyn. Fox picked Lee Remick to replace her, Dino said no, law suits were threatened by both sides, but his contract was iron-clad, Lee was sent packing and Marilyn’s career was back on track. Things, in fact, were really looking up for her. She had agreed to do two musicals in the coming months and was looking forward to making them. There were dinner dates lined up for the coming weeks and her shrink could not recall her being happier. She had just bought her first home and was excitedly selecting furniture for it, nipping down to Mexico to rummage through antiques shops and the like. And one last thing, (if we can believe her ex-husband Joe DiMaggio) – she had agreed to remarry him on August 8, in just three days’ time! With so much going for her why would she kill herself?

The former Los Angeles County prosecutor, John H. Miner, did not believe that she suicided when he attended her autopsy and he maintained that belief for the rest of his life. He also heard secret tapes Marilyn made just days before she died and she was, in his words, ‘anything but suicidal’. ‘There was no possible way this woman could have killed herself’, he stated. ‘She had very specific plans for her future.’ Miner was played the tapes by Marilyn’s psychiatrist Dr Ralph Greenson on the condition that he never divulge their contents. After Greenson’s death in 1979, however, and on learning that the man was a strong suspect in her killing, he chose to reveal what he had learnt from them. The tapes were made sometime between Marilyn singing ‘Happy Birthday Mr. President’ to JFK on May 19 and her death two months later.

Could she have overdosed accidentally? Marilyn had been taking two Nembutals to get to sleep every night for over a decade. Does anyone truly believe that she would accidentally take fifty of them? Ridiculous. And there was no sign of any alcohol in her system. None. Prosecutor John H. Miner stated that it was evident that the massive amount of barbiturates came in through the large intestine and that there was clear evidence that the swallowing of pills was not involved. He believed that she was given chloral hydrate to render her unconscious, possibly in a soft drink, and then 30 or more Nembutal capsules were dissolved by someone in water and administered to the unconscious actress via an enema. Miner said he would support any attempt to exhume Marilyn’s body and tissues taken that would prove an enema of lethal dosage had been administered. Unfortunately, the D.A. in 1982 ruled that ‘the cumulative evidence available to us fails to support any theory of criminal conduct relating to her death.’ And there the case rests today.

Could she have been murdered? The day before her death Marilyn threatened to hold a press conference and tell of her affairs with both Kennedy brothers. They could have denied her allegations and possibly got away with those denials, but, she possessed a red diary in which she recorded all her trysts and conversations with all her lovers – JFK and RFK included. It was imperative that Bobby retrieve the diary, so he went to her home twice on the Saturday. Her body was ‘discovered’ on Sunday. Marilyn’s body was (supposedly) found at 3am by her housekeeper Eunice Murray. It was not until 4.25am that Eunice and Marilyn’s doctors notified the police. Why the delay? Murray told one detective she rang Dr Greenson at 3am, but later told another that she rang him at midnight. Police felt she was evasive and uneasy.

Marilyn’s stomach contents, liver and intestines were all destroyed before coroner Thomas Noguchi ever saw them. Why? Who authorized their destruction? She was laughing and chatting with ex-husband Joe DiMaggio less than 30 minutes before she began to die. Her last phone call was to Peter Lawford who famously said she was slurring her words and saying goodbye? Just 30 minutes after she spoke to Joe? Years later, Lawford’s wife asked him what had happened to Marilyn. His reply, ‘Marilyn had her last big enema’.