I have seen the original 1967 version of The Producers a number of times because I enjoy many of scenes and the script is very funny indeed. When you consider that I simply cannot abide Gene Wilder in anything, it is no small compliment to the rest of the cast that I keep returning to the film despite his irritating presence in it. Zero Mostel is extremely funny and Kenneth Mars as the German Franz Liebkind is a delight. Another highlight of this version is the performance of Dick Shawn as the hippie Hitler. I even enjoyed his audition song, ‘Love Power’, so I was especially looking forward to seeing who would play his role in the 2005 version. Unfortunately, nobody did. It was decided to go with a camp Hitler instead of a hippie one. Ho-hum. I watched the 2005 version recently for the first time. I will not be watching it again. Never. It is poor. Nathan Lane is barely passable as Max Bialystock, but whoever told Matthew Broderick he could sing, dance or play comedy needs his or her head examined. The man is as dull as dishwater and has about as much stage presence as a potted plant. I loved him in Ferris Bueller’s Day Off (1986) and Glory (1989), but the spark he once possessed has long since gone out. As for the perpetually over-rated Will Ferrell – when is this non-talent ever going to do something that is even vaguely humorous? Kenneth Mars was outstanding as Liebkind back in ’67, but Mr. Ferrell would be hard-pressed to get the gig in a high school production if his mother was doing the casting! I read several reviews that tried to convince me that Uma Thurman all but stole the show, that her dancing with Broderick showed ‘shades of Astaire and Rogers’! Uma has long legs and a pretty face – full stop. Ginger could dance rings around her wearing diver’s boots. To place Matthew Broderick’s name in the same sentence with Fred Astaire’s in a discussion about dancing is like comparing Roseanne Arnold to Ava Gardner in a discourse on beauty.

In 1967 the picture was played for laughs. Thirty-eight years later it was shot as a musical. Of course, in 1967 it contained the aforementioned tune, ‘Love Power’, ‘Prisoners of Love’, and the very catchy ‘Springtime for Hitler’, but these were the only songs. The 2005 version has two of these (neither one as well done). It ditches ‘Love Power’ and tosses in about seventeen tediously tuneless numbers that merely prolong the agony. If they must turn The Producers into a musical surely they could have dug up a few songs with melodies. The choreography, especially the piece involving about fifty supposedly elderly ladies with ‘walkers’ (some of them, in fact, were men), was tasteless, boring, unimaginative – and stupid. Mel Brooks’ original idea was to create a musical comedy entitled ‘Spring-time for Hitler’, and his first choice to play Leo Bloom was to be Canadian-born pop singer Paul Anka. That did not eventuate and eventually Wilder came on board instead. As much as I disliked Wilder’s portrayal of Bloom, Matthew Broderick’s effort in 2005 is infinitely worse. I find it beyond belief that of all the wonderful musicals that have featured on Broadway, The Producers won a record-breaking twelve Tonys, including the 2001 Tony Awards for best musical, book and score! Off the top of my head I can think of a hundred immeasurably better musicals than this exercise in mediocrity. Back in 1966 Mel Brooks gave the part of Franz to the unknown Dustin Hoffman who, shortly afterwards, availed himself of the opportunity to audition for the lead in The Graduate (1967). Brooks’ wife, Anne Bancroft, was to play Mrs. Robinson in the picture, so she and Mel were very familiar with the screenplay. Brooks was certain Hoffman was all wrong for the role, but he allowed him time away from rehearsals for The Producers to audition for it. As we now know, Dustin won the lead in The Graduate and never did do The Producers. 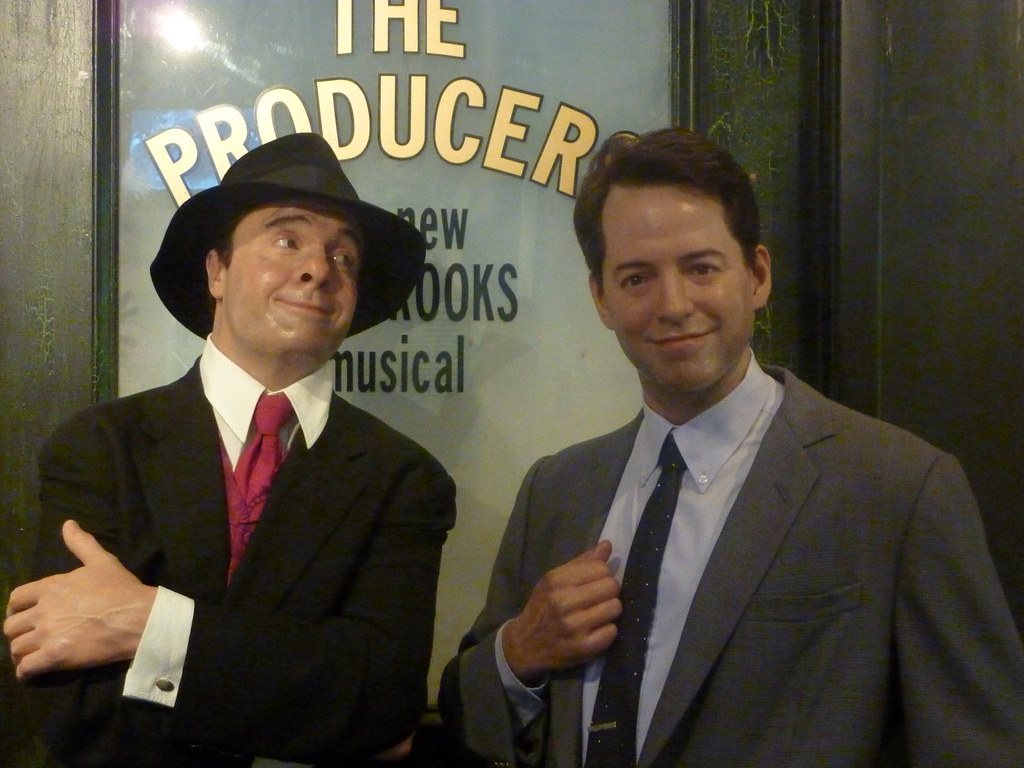 We tend to forget that big stars often went through some tough times, even years of destitution, awaiting their big break. Gene Wilder was a prime example of this very thing. Years after hitting it big he spoke of pretending to have a dental appointment at the first script reading for the 1967 version of The Producers. He was excused, but headed to the unemployment office instead, to collect a $55 check he desperately needed.

Executive producer Joseph E. Levine refused to release the picture under its original title, Springtime for Hitler, because he considered it to be in poor taste and not very funny. When Brooks ran the picture in his home theatre, Peter Sellers thought it was hilarious and pestered Levine to reconsider. Eventually, the producer relented, but only if the title was changed from to The Producers. Incidentally, Levine positively loathed Gene Wilder’s performance as Bloom, telling Brooks he ‘stunk’ and offering Mel another $35,000 to go out and find a replacement.

Brooks stuck with Wilder, but only if he met with Zero Mostel first and gained his approval. ‘This huge, round fantasy of a man came waltzing towards me’, recalled Wilder after their meeting. ‘My heart was pounding so loud I thought he’d hear it. I stuck out my hand, politely, to shake his, but instead of shaking my hand, Zero pulled me into his body and gave me a giant kiss on the lips. All nervousness floated away…I gave a good reading and was cast.’ Uh-huh.

As a 16 year-old, Brooks worked for a cash-strapped theatrical producer who would sleep with little old ladies in return for them investing in his shows. Mel also knew a couple of producers in Manhattan who lived like kings but never produced anything but flops. A press agent told him, ‘God forbid they should ever get a hit, because they’d never be able to pay off the backers!’ Mel combined both stories and created the unique plot for The Producers.

the ‘Springtime for Hitler’ number 1967

The whole ‘Springtime for Hitler’ concept outraged most Jewish organizations in the beginning. ‘They didn’t get the joke’, said Brooks who received a lot of angry letters ‘from every Rabbi in New York.’ He wrote back to each one, explaining himself. ‘You can’t get on a soapbox with Hitler’, he wrote. ‘You’ve got to ridicule him.’ And ridicule him he most certainly did. In this writer’s opinion the 1967 version of The Producers was the best work Brooks ever did (Blazing Saddles included).