The Broadway production of South Pacific ran for 1,925 performances in New York City, and in London it ran for four and a half years. In my opinion it contains the best soundtrack of all of Rodgers and Hammerstein’s musicals and it was the first to be recorded and released in stereo. The screen version of this record-breaking musical simply had to make money. It couldn’t miss. Under different direction, however, it would have made a whole lot more than it did. Unfortunately, Joshua Logan made a bit of a mess of it. Today, it is still very enjoyable, but it could have been so much more. 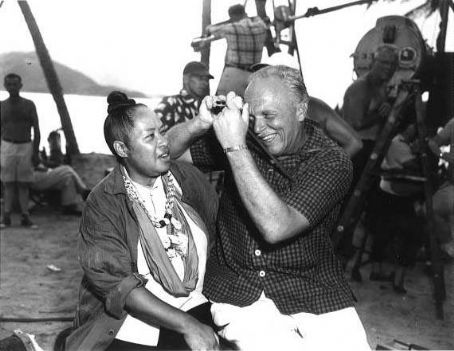 Initially, Logan was concerned that the lush Pacific settings might not photograph well in Technicolor. A quick test would surely have told him otherwise. He was also worried about image quality should the weather on location fluctuate as predicted. For those reasons he made the very bad decision to utilize different colored filters (a new invention) during the singing sequences. He did not expect the filtering to be as extreme as it turned out to be, but again, why he did not test it first with a single tune has never been explained. By the time he saw the end results it was too late to re-shoot. This was a ‘Roadshow’ production. Tickets had been sold and it had deadlines to meet. The filtering both distracted and annoyed most cinema-goers and Logan himself later conceded that it the worst decision of his entire career. Most critics tend to agree with him. 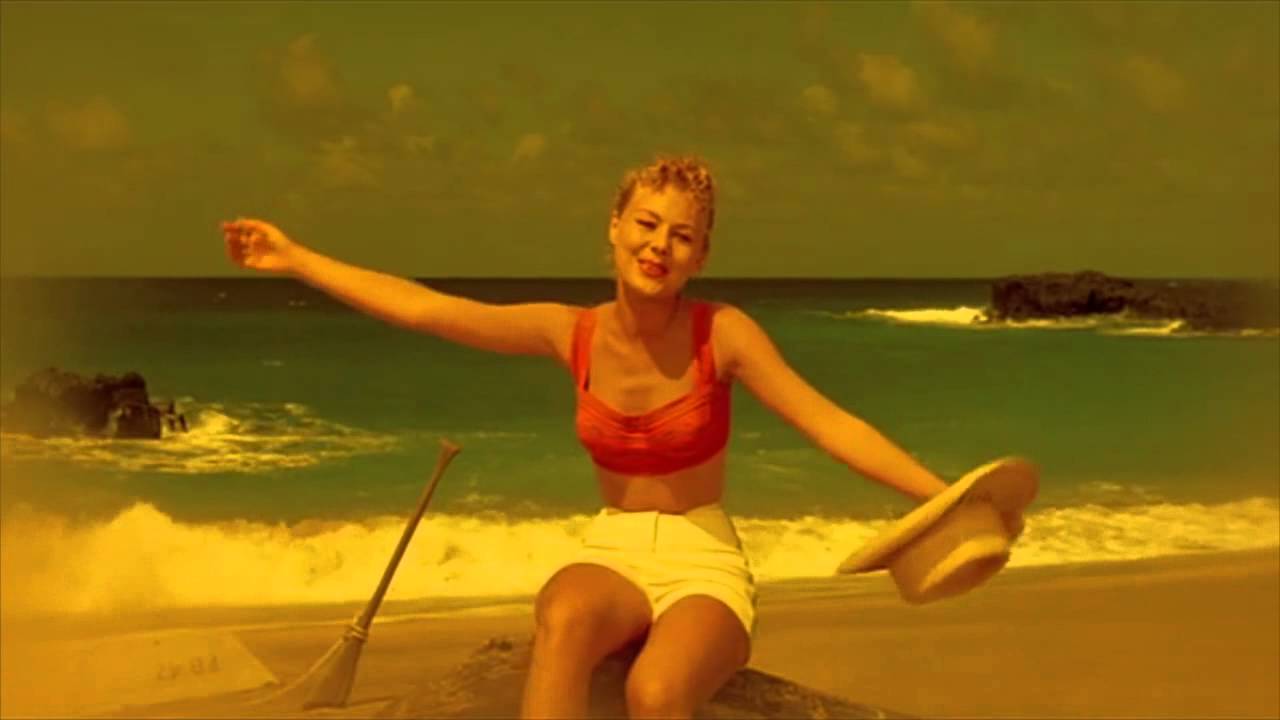 For the role of Nellie Forbush he tested virtually every leading lady in Hollywood, regardless of her vocal ability. His first choice was the smoking hot Elizabeth Taylor. Liz was no singer and she knew it. Besides, she did not particularly want the job anyway. Judy Garland, Doris Day, Audrey Hepburn and even the 47 year-old Ginger Rogers were all tested. Thirty year-old Doris would have been perfect, but there are several stories about why she did not get the part. One of them accused her husband, Martin Melcher, of turning it down on her behalf because not enough money was being offered. Another explanation came from the lady herself. Nobody asked her to do it, she said.  A third reason concerned Logan. It was said he became peeved because she had refused his request to sing at a party they had attended, so he left her out of his thoughts from then onwards.

On Broadway, Mary Martin had made the part her own, but by 1957 she was simply too long in the tooth for it. Mitzi Gaynor, on the other hand, was younger and more beautiful. She was given the nod although she had not even sought it. She had gone to see Logan about the part of a Japanese girl in Sayonara, but he had assumed she was there to try out for the part of Nellie. He asked her to take a shot at it and she impressed him enough to land the role. Rodgers and Hammerstein were equally impressed even though she was mostly known as an actress/dancer. Her singing came as a pleasant surprise to everyone and she went on to make a terrific Nellie. Rossano Brazzi was chosen to play Nellie’s lover Emile de Becque. His singing was done by Giorgio Tozzi. John Kerr’s vocals were handled by Bill Lee. Ken Clark (‘Stewpot’) was also dubbed. Juanita Hall (‘Bloody Mary’) was not permitted to do her own singing either, even though she had done so in the Broadway production in over 900 performances. By 1957 her register had deepened considerably and she was struggling with the high notes. Richard Rogers generously insisted on her reprising the role of Bloody Mary in the movie, but Muriel Smith was brought in from the London production to do all her singing. 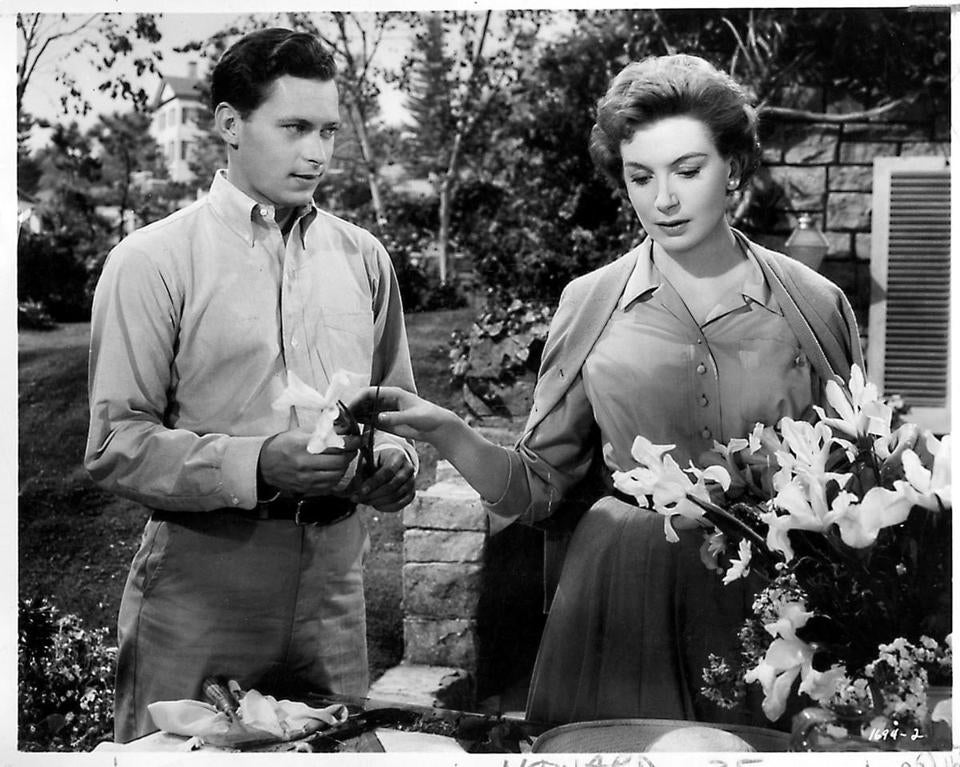 John & Deborah in Tea and Sympathy

John Kerr was an interesting choice to play Lt. Joe Cable. He had made a name for himself on Broadway and later on-screen alongside Deborah Kerr (no relation) in the controversial Tea and Sympathy. John was 25 when he played 17 year-old schoolboy Tom Robinson Lee in that picture. His boyish good looks were perfect for the role of Lt. Cable, the American serviceman who falls in love with the young and innocent Tongan girl Liat, played by the delightful France Nuyen. 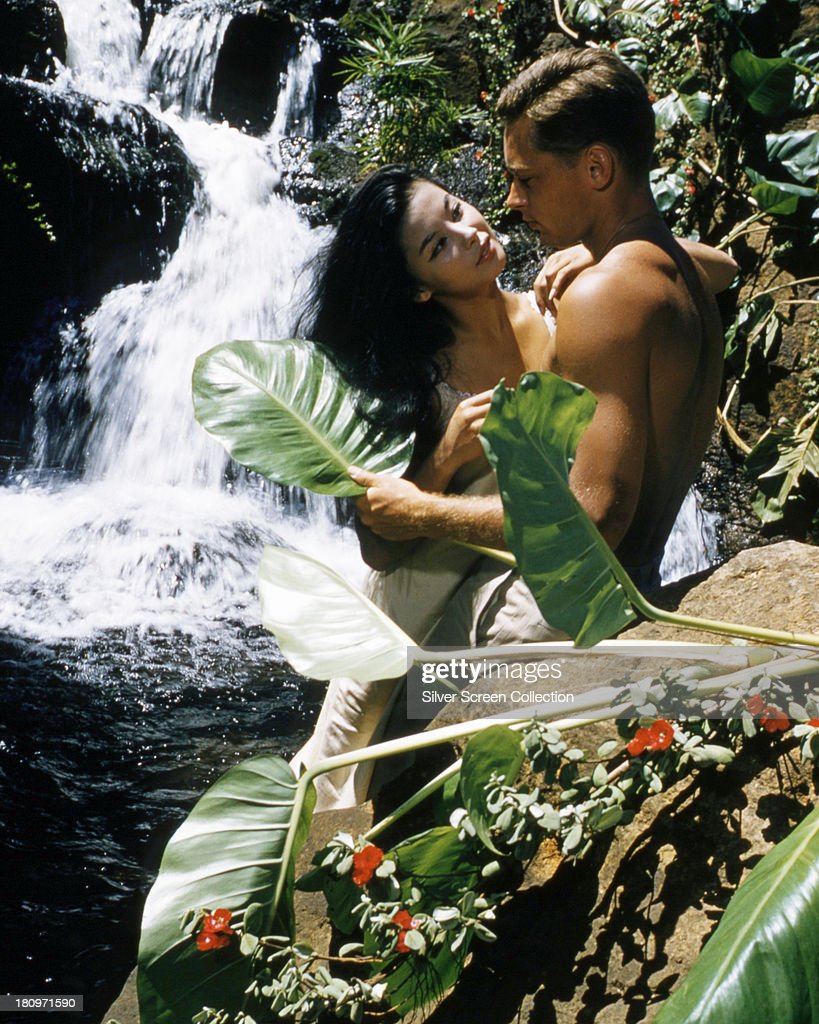 Oddly, Kerr’s screen career never advanced at all after South Pacific. Prior to this he had turned down an opportunity to portray Charles Lindbergh in the 1957 biopic The Spirit of St Louis, despite bearing a remarkable resemblance to the famous aviator. Like many Americans, Kerr resented Lindy’s much-publicized pro-Nazi sympathies and had no desire to play him in a white-washing movie that ignored the flier’s political views completely. Then, in 1969, he chose to return to UCLA and graduate as a lawyer. From 1970 until 2000 he practiced law in California while still managing to find time for regular guest appearances on television shows. Heart failure claimed him in 2013 at the age of 81. 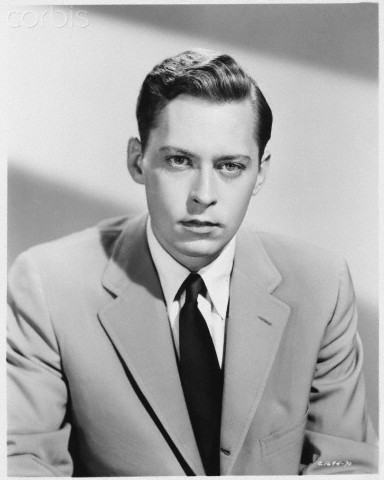 Forty-two year old Ray Walston scored the comedic role of Luther Billis, the sailor with a sailing ship tattooed on his stomach and an obsession to make it to Bali Hai and the legendary ‘Boar’s Tooth Ceremony’. Although he made good movies such as Damn Yankees! (1958) and The Apartment (1960), his decision to accept a co-starring role as ‘Uncle Martin’ in a new TV series titled My Favorite Martian in 1963 all but ended his career. ‘I didn’t work in television or film for three years after’, he sighed. ‘Everyone thought of me as a Martian. However, 1973 saw him pick up a solid role in the highly-acclaimed The Sting and his career fired again. Ray died in 2001 of lupus. He was 86. 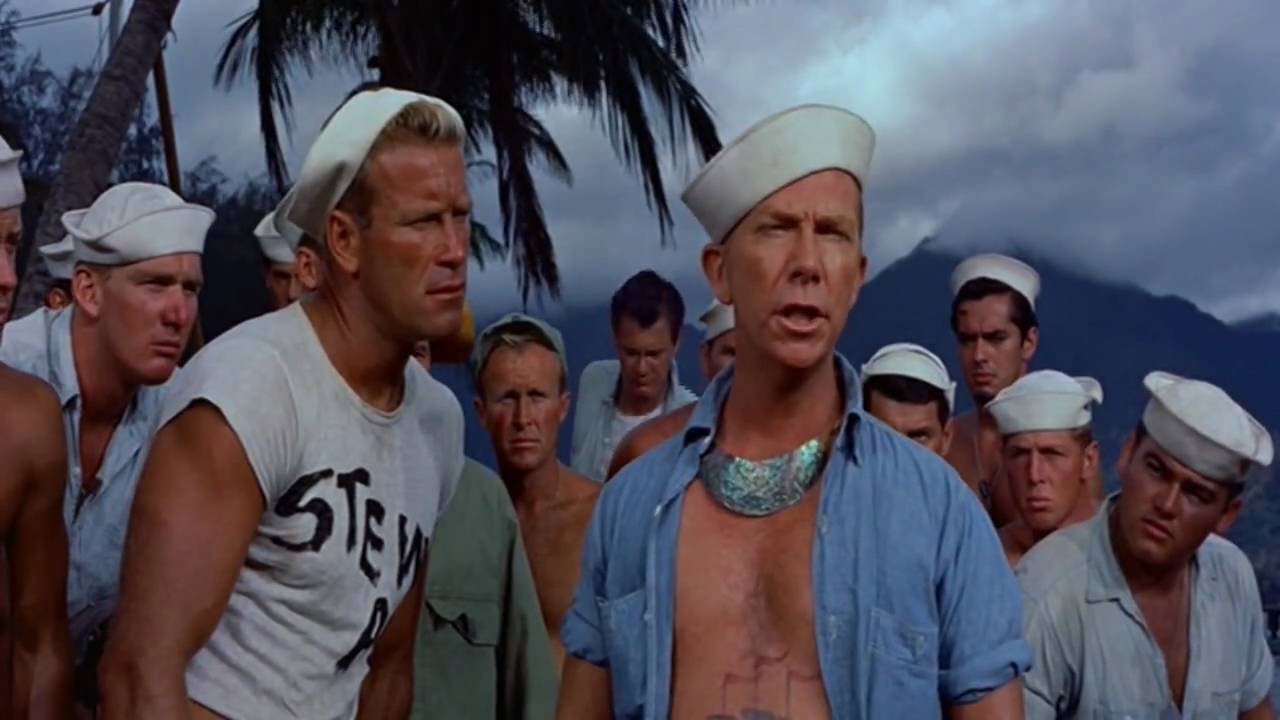 South Pacific possessed all the ingredients for a monster hit yet it missed the mark because of the filtering issue. Hammerstein especially hated the filters. It would be a simple matter today to colorize the songs and eliminate the filtering problem altogether, but nobody wants to do that anymore. The general feeling, rightly or wrongly, is that the color-filter songs are part of what the movie South Pacific is all about. 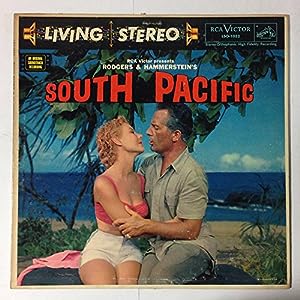 Rogers and Hammerstein were placed under enormous pressure from a number of sources to remove the anti-racism tune, ‘You’ve Got to be Carefully Taught’. Audiences in the Deep South would resent its inclusion, they were warned, but both men steadfastly refused to budge on the issue and some Southern revenue was consequently lost. However, the soundtrack album, with the controversial number included, made a mountain of money for RCA-Victor. This was also the dawn of ‘stereo’. South Pacific was released in both mono and stereo and it sat atop the albums list for all of 1959!