Two years after he burst on the scene in the grossly over-rated Mad Max (1979), Mel Gibson made a war picture called Gallipoli, a movie loosely based on the Australian and New Zealander (ANZAC) landings in Turkey in 1915. As we know, Mel went on to become a super-star, even picking up an Oscar for his direction of Braveheart in 1995. His co-star Mark Lee, on the other hand, worked for a builder for about nine years during his thirties, somewhat disillusioned by the acting business, but he then returned to stage and television work both as an actor and a director. A most un-assuming man, Mark has become a fine actor and director in Australia over the ensuing decades Director Peter Weir has always said that he did not intend to make a ‘message’ film of Gallipoli. It is simply the story of two young Australians who set out on an adventure in 1915 and end up being involved in one of World War One’s many brutal and tragic encounters. The slaughter at ‘The Nek’ on 7 August 1915 was as horrific and futile as depicted here, but Weir took liberties with the truth for dramatic purposes in some of the details. The film’s derogatory representation of the British in this campaign, for instance, is something Weir regrets to this day. He also showed a British officer ordering the hopeless attacks at ‘The Nek’, when history clearly identifies an Australian officer, Major-General Sir Alexander Godley, as the culprit. He ordered four bayonet charges of 150 Light Horsemen (on foot) in each wave, in an area no larger than a couple of tennis courts, against Turkish machine guns less that thirty yards away. Of the 600 attackers 372 became casualties. Turkish losses (estimated to be just eight), were bayoneted by the handful of Australians who made it to their trench-line before themselves being killed.

The following paragraphs are lifted from one of my books (Movies Based on True Stories). I have always been strongly opposed to the concept of war. It simply makes no sense to me that the killing of anyone can be illegal one day and legalized the next. And by politicians, of all people! One can kill a home intruder today and face life in prison, then tomorrow drop bombs on a village killing hundreds of innocent men, women and children and be given a medal for it! All on the say-so of men you would not trust to sell you a used car! 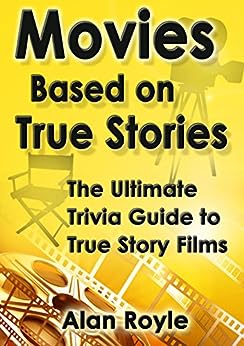 The Gallipoli battle has formed the focal point for Australia’s annual ANZAC Day holiday since 1916. Every year the nation ‘celebrates’ April 25, the day when Australian troops stormed ashore at ANZAC Cove in Gallipoli, Turkey in 1915. Why the powers that be chose to celebrate a day when we invaded another nation, instead of celebrating, for instance, Armistice Day, the day World War One ended, still mystifies many thinking Australians. Of course, Armistice Day is politely acknowledged, but on nowhere near the scale of ANZAC Day. Revealingly, a few Australians pause to observe one minute’s silence at 11 am on the 11th day of the 11th month each year, yet virtually the entire nation (including parliament) stops for four minutes every year on the first tuesday of the same month to watch the running of a horse race, the Melbourne Cup!

Since Federation in 1901, Australia has been involved in ten conflicts – The Boer War, World War 1, World War 2, The Malayan Emergencies, The Korean War, The Indonesian Confrontation, The Vietnam War, The Gulf War, Iraq and Afghanistan. Only one of these, however, posed a threat to our nation. The possibility of Japanese invasion was very real in 1942, but in every other conflict our troops risked their lives (and died) for other less understandable reasons. We have fought because England fought and because America did, (because we needed to curry favor with one or the other), or because we disagreed with some other nation’s politics. Only once have we fought because Australia was facing imminent danger.

Today Australia is a multicultural country. We embrace people from around the world, many of them from nations that were once our enemies. Few Australians stop to think about how these new countrymen and women react to the annual ‘celebration’ that relives the days when we were killing (or being killed by) their forefathers. For 24 hours every April 25 we are bombarded with films and documentaries on television, live crosses to marches and war memorials and speeches from politicians about the sacrifices of those who gave their lives so that we might live free today. Well, in certain instances that is very true, but not in all of them.

The Boer War was pretty much a gold robbery by the British that we aided and abetted. Australians went to South Africa expecting adventure and an easy victory. They got neither. Most of our casualties resulted from illness and disease. The First World War was a European conflict, but once again we could not wait to get into it. Young Australians volunteered in their thousands and died in droves. Once again they went ‘for the adventure’, for the ‘fun’, and to give good old England a helping hand. How anyone can portray these young men as ‘martyrs paying the ultimate price so that the rest of us might live free’ is beyond comprehension, yet every April we do just that. They paid the ultimate price alright, nobody will dispute that, but for over-exuberance and naivety, nothing nobler than that. 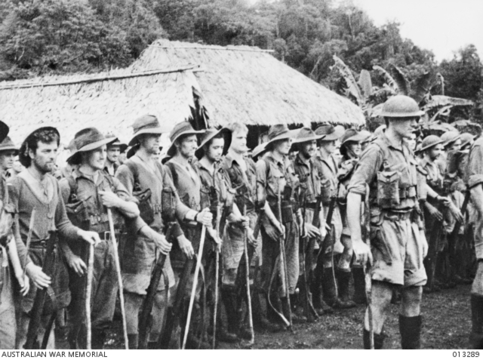 World War Two was different, although it began the same way as its predecessors. England was in trouble so the Empire, including Australia, rushed to its assistance. Unlike the Kaiser in the First World War, however, Hitler posed a threat that indeed could have resulted in world domination, so he had to be stopped. Later, when Japan entered the conflict, Australians suddenly found themselves in a fight for survival for the first (and so far the only) time in their history. If we are to remember courage and sacrifice, then surely this conflict is the one we should focus upon, yet we do not seem to do that. A fascination for World War One clearly over-rides it.

All the other conflicts in which Australians have fought and died since WW2 have not been to protect our nation, but more to protest un-favorable politics or to blindly follow wherever the United States decided to lead us. There are two distinctions that need to be made, however. First, the National Servicemen who lost their lives in Vietnam should not be placed in the same category as regular soldiers. Any service personnel who volunteer to go into a combat zone or who voluntarily choose the armed forces as a career must be prepared to possibly pay the ultimate price when they suddenly find themselves in harm’s way. Of course, most of them accept that possibility anyway. National Service personnel, on the other hand, had no say in how they were used. They were not even old enough to vote on the issue of conscription.

The other contentious issue is the Afghanistan situation. Again, volunteers are in abundance for active service there, but for many of these personnel the belief that fighting terrorism is an essential and worthwhile cause must be respected and admired. These soldiers lose their lives for more noble reasons than the adventure seekers of the distant past, and the losses are tragic indeed. The loss of any life anywhere is tragic, but warfare far too often wastes lives, and that is unforgiveable. This April, just like every other year, we will wax lyrical about the sacrifice, the terrible waste and uselessness of war. But we shall still spend the day glorying in the ‘heroic’ feats of our men at arms, lionizing the participants past and present. War is the ultimate evil. The last thing it needs is to be perpetually promoted, yet each year, deliberately or accidentally, we do just that.