The Flim-Flam Man is an entertaining conman caper, greatly aided by the presence of George C. Scott who is seldom dull. It also has the much under-used Sue Lyon who only racked up 26 screen credits in her entire career. She was far better than that. One wonders how much more business the picture might have done with a better title. Outside of the United States, I doubt if many cinema-goers in other countries would have the slightest notion of the meaning of the term ‘flim-flam man’. I am reminded of the tale about the number of would-be patrons said to have decided against seeing the Douglas Bader biography Reach for the Sky because they assumed by the title that it was ‘just another western’. 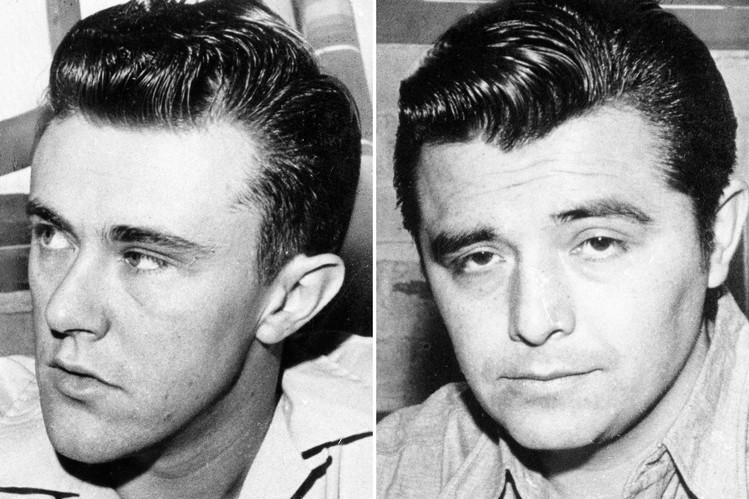 The real killers – their names? Who cares?

This harrowing movie is based on the real life 1959 slaughter of the Clutter family in Holcomb, Kansas and the killers who carried out the appalling crime. As entertainment goes it is a bleak proposition. Given the subject matter that is understandable. Robert Blake, who played one of the killers, was himself charged with murdering his wife or soliciting others to do so in 2001. The case was tried and he was acquitted in 2005. Like O J Simpson, however, a civil court would find him guilty and order him to pay his victim’s relatives $30 million. 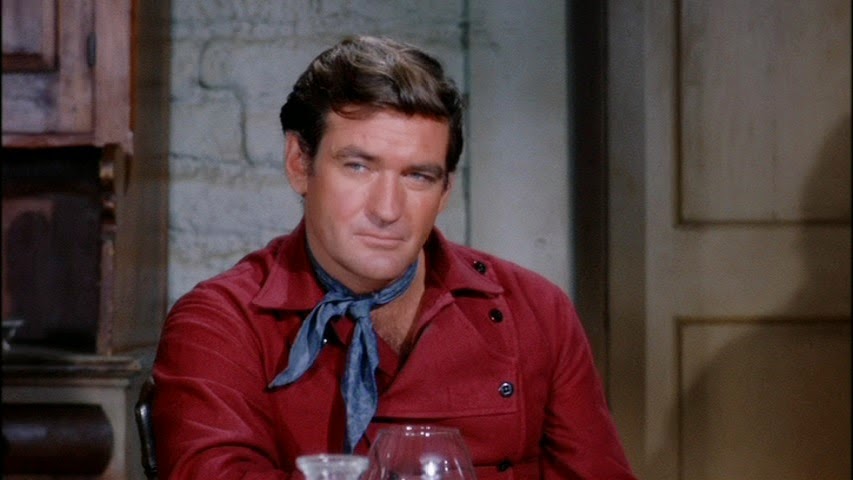 I admit to being partial to good westerns; partly because of the locations and the horses, I suppose, but the acting, screenplays and characterizations are still the prime considerations. Rod Taylor (as usual) is terrific in this gritty western, ably supported by James Whitmore and Ernest Borgnine. Being a Beau Geste fan I could not help but notice the similarities between Chuka and P C Wren’s classic story. The picture cost under two million dollars to make, yet it lost money. It was Rod Taylor’s one and only shot at producing. Lately, Australia has unearthed a raft of leading men – the late Heath Ledger, Chris Hemsworth, Sam Worthington, Hugh Jackman etc – but it was Rod Taylor who led the way. R.I.P. Rod. This picture received accolades from every quarter and I am still not entirely convinced they were warranted. Mind you, it was good – just not that good. Having said that, it was the year’s highest-grossing film, so a lot of people would probably disagree with me. The Simon & Garfunkel soundtrack is terrific. Hoffman (who was 30) played the college graduate seduced by Mrs. Robinson (played by Anne Bancroft who was 36). He was made up to look younger and she was made to appear older. Evidently, Dustin grabbed 27 year-old Katharine Ross’s behind during his audition and she was extremely angry about it. Later, he grabbed Bancroft’s breast in the hotel room scene – and she was not expecting that either. Mike Nichols the director later said he ‘felt bad for the gentle and very shy Dustin Hoffman’ as he attempted to cope with the instant success generated by his performance. Very shy?

There are a lot of things wrong with this movie, but it is the perfect vehicle for Lee Marvin who was at the top of his game in 1967. He has most of the best lines, but he was ably backed up by a terrific supporting cast that include Oscar-nominated John Cassavetes, Charlie Bronson, Jim Brown, Donald Sutherland, Telly Savalas and many others. It is a picture in two halves. The first half was full of humor; the second was unnecessarily brutal for its day, especially the deliberate incineration of both men and women in one scene. But it was the director’s endeavor to have us rooting for most of these convicted killers as basically good-natured Joes that really grates after a while. Marvin’s screen presence never ceased to amaze me. The man really was larger than life. The prolific character actor Richard Jaeckel (as always) gave a strong performance as Sgt. Bowren. 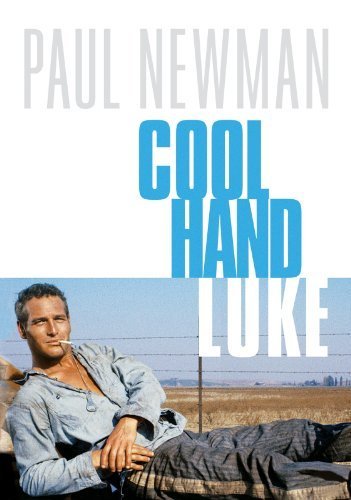 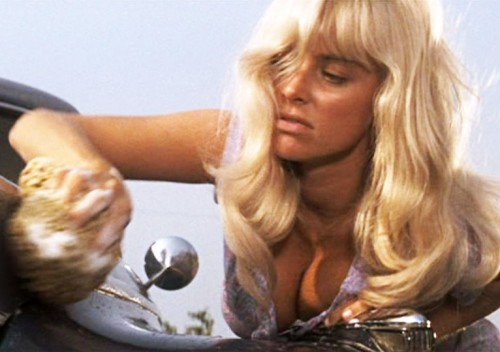 Paul Newman had a pretty good year in 1967. Consequently, I have included two of his films in my top ten. Cool Hand Luke is the one most fans preferred. I preferred the other one. Joy Harmon played the girl in the sexy car washing scene. A former Miss Connecticut, she was discovered when she was a guest on Groucho Marx’s TV show You Bet Your Life. Anyone living in Burbank, California today might know her wholesale bakery called Aunty Joy’s Cakes. Morgan Woodward memorably portrayed Boss Godfrey, mirror sunglasses, stoney-face – and silent. Initially he had lines to speak but his voice did not match his countenance, so he was stripped of his dialogue entirely and the resultant image proved to be a most menacing one indeed. 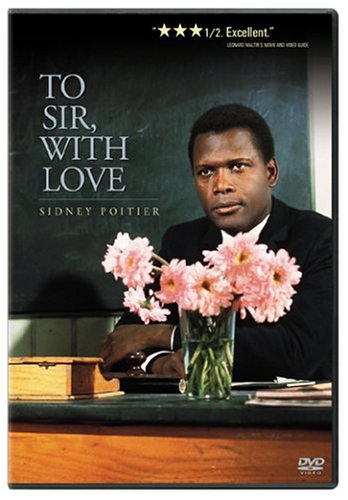 Sidney Poitier also had a strong 1967 with two of his films in my top ten. To Sir with Love has since become a cult favorite, although how much of its popularity is due to the picture itself and how much to its hit theme song of the same name is difficult to judge. The tune certainly boosted the career of its singer Lulu. Poitier was exceptional in the lead role and unfortunate to have missed Oscar nomination in a tough year. The nominated actors for 1967 were – Rod Steiger (the winner), Warren Beatty, Spencer Tracy, Dustin Hoffman and Paul Newman. Some of the juvenile performances, however, have dated over the years. In 2002, Christian Roberts who played Denham, became the proprietor of The Lone Star Restaurant and Hotel in St. James, Barbados in the West Indies. 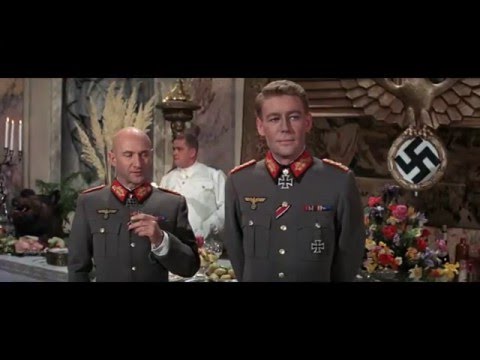 The Night of the Generals is a ‘whodunnit?’ set at the time of the July 20 plot against Hitler in 1944. Interestingly, both Peter O’Toole and Omar Sharif had signed contracts years earlier (pre Lawrence of Arabia) that locked them into several films at a smaller fee, so they were not happy having to set aside their superstar salaries to make this picture. It is believed that they took outrageous advantage of their ‘living expenses’ in retaliation. Donald Pleasance only had a minor role, yet he was paid double what they were paid combined. Christopher Plummer accepted a small unbilled role as Erwin Rommel. His payment – one Rolls Royce. 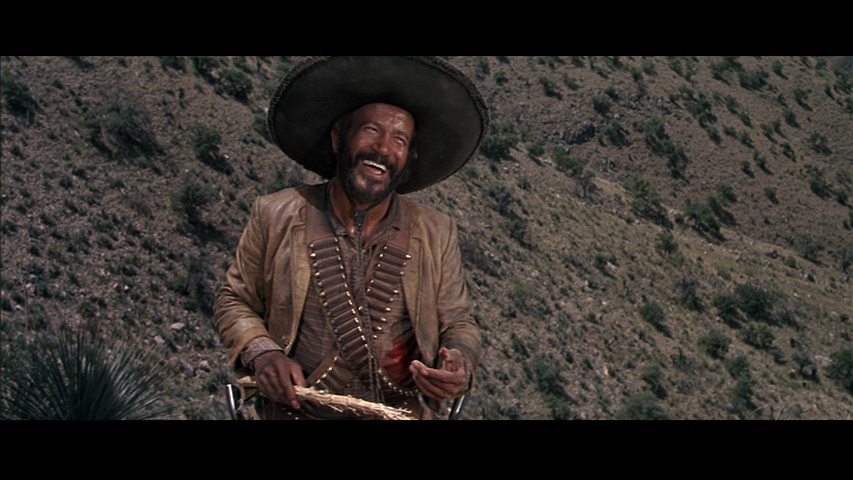 This is a tremendous western, not only for Paul Newman’s excellent portrayal of the cynical renegade John Russell, but for Richard Boone’s terrific turn as a bullying heavy. Diane Cilento, Martin Balsam and Fredric March also deliver fine performances, but it is the sharp screenplay that sets this film above the run-of-the-mill western. There is also a wonderful character actor named Frank Silvera, a West Indian who memorably plays a Mexican bandit off-sider to Boone’s character. Sadly, Silvera was fatally electrocuted while attempting to fix his kitchen garbage disposal just three years after the release of Hombre. 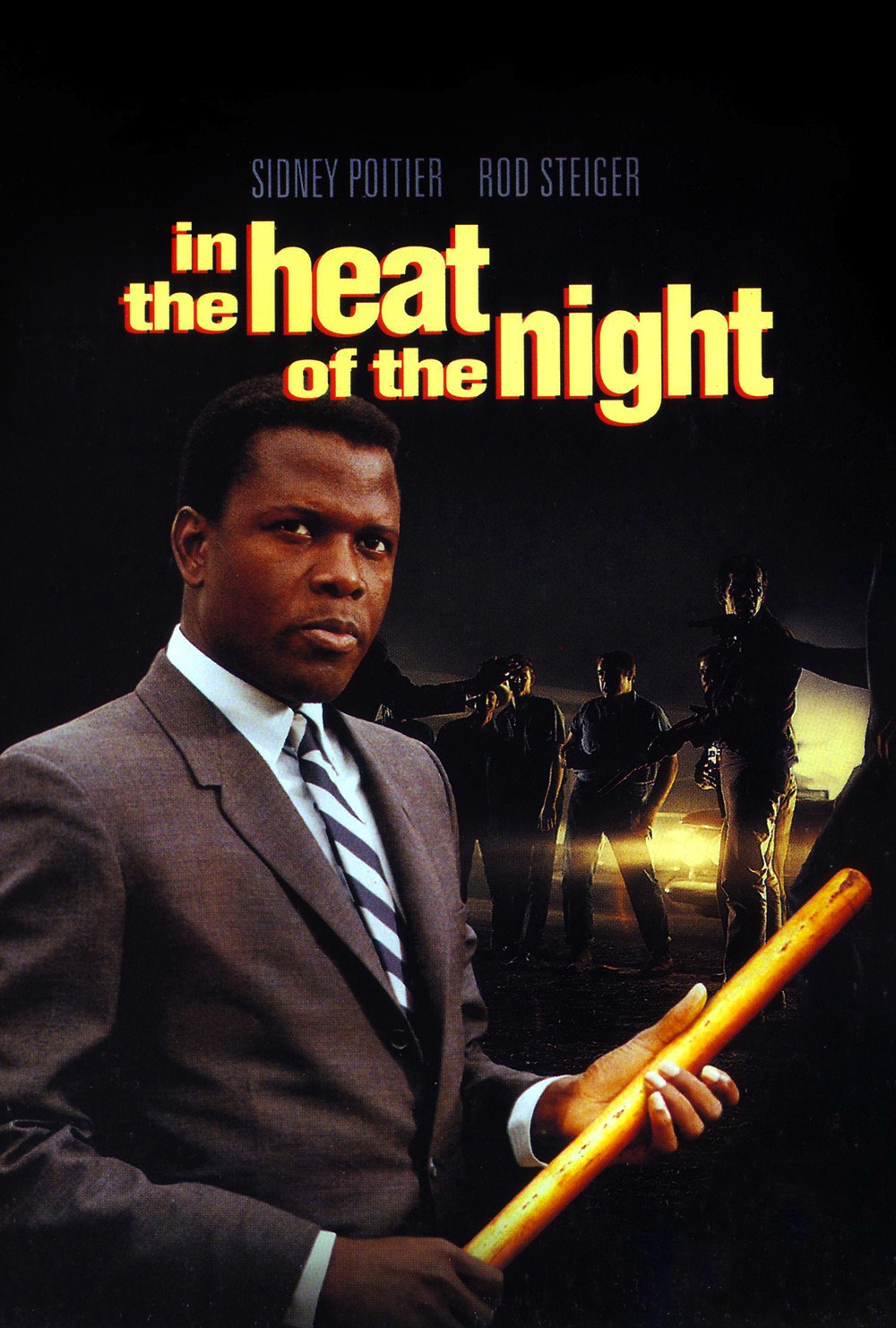 My best movie of 1967 was also the Academy’s Best Picture. Sidney Poitier and Rod Steiger give powerhouse displays in this examination of black-white relations in America’s Deep South. Animosity towards African-Americans was enough to have him refuse to film in Mississippi. He and Harry Belafonte had almost been killed by the KKK in that state years before and he had no intention of returning there, so most of the picture was shot in Illinois. It is still a powerful piece of cinema today.

Three Oscar-nominated films did not make my list – Doctor Doolittle, Bonnie & Clyde and Guess Who’s Coming to Dinner. One of the great mysteries of the universe has to be how Doctor Doolittle could possibly be nominated when it should not even have been made. Bonnie & Clyde dined on the death scene at the end and not much else. Guess Who’s Coming to Dinner purported to champion the anti-racial argument, but it was a phony. Sidney Poitier was just too good-looking, too charismatic and too sophisticated. He would have been acceptable to any prospective in-laws regardless of his color. A more courageous studio would have gone with a more average looking man, in my opinion. Of course, Poitier was box-office back then, so it probably became simply a question of guaranteeing a return on their investment.