Her father was an affluent engineer so Sarah grew up in a house with servants. She claims her childhood was a happy one although her mother often beat her with a hairbrush whenever she was naughty. Young people today probably regard this as a contradiction in terms, but being physically beaten as punishment was pretty much par for the course for her generation. ‘I got whacked after I tried to drown my brother’, recalled Sarah. ‘I was three and pushed him into the pond because I wanted him to go away. He fell in the only part of the pond where there were bulrushes. I was an infuriating, agitated little girl.’ It is interesting to note that Sarah was unable to speak until the age of nine due to a severe stammer and dyslexia, yet within six short years she had enrolled in the Royal Academy of Dramatic Art (RADA). Sir John Gielgud once said to her, while they were acting together on the London stage, ‘did you know you have a bottom just like a boy? Two poached eggs in a handkerchief’. Sir John was something of an authority on male bottoms, I hasten to add. That aside, Sarah’s parents were shocked to see their daughter in the nude in one of her early films titled The Ceremony (1963). Apparently, the family servants were also startled to see their young mistress stark naked on the screen. with Olivier in Term of Trial

She had a long-standing affair with Sir Laurence Olivier when she met him as a teenager. They agreed to keep their relationship secret until five years after his death and she kept the promise. She also acknowledges her two-year relationship with Steven Spielberg in the seventies, around the time he made the blockbuster Jaws. They lived together and it is generally believed she aborted his child. ‘I was wild in the way that I didn’t give a damn, but I wasn’t a wild child sexually’, she explained in 2008. ‘I never heard the expression, ‘having sex’. It was love every time for me, at least, I talked myself into thinking it was.’

with Mitchum in Ryan’s Daughter

In 1965 she made Those Magnificent Men in Their Flying Machines, co-starring opposite her former lover James Fox. She was just 18 when she became pregnant to him in 1960. She aborted their child without advising him first of her decision. Indeed, the mid-sixties were a very busy time for her. She was engaged to author/promoter William Donaldson until he ditched her for 19 year-old singer Carly Simon of ‘You’re So Vain’ fame. Astonishingly, he no sooner became engaged to Carly than he left her to return to Sarah! 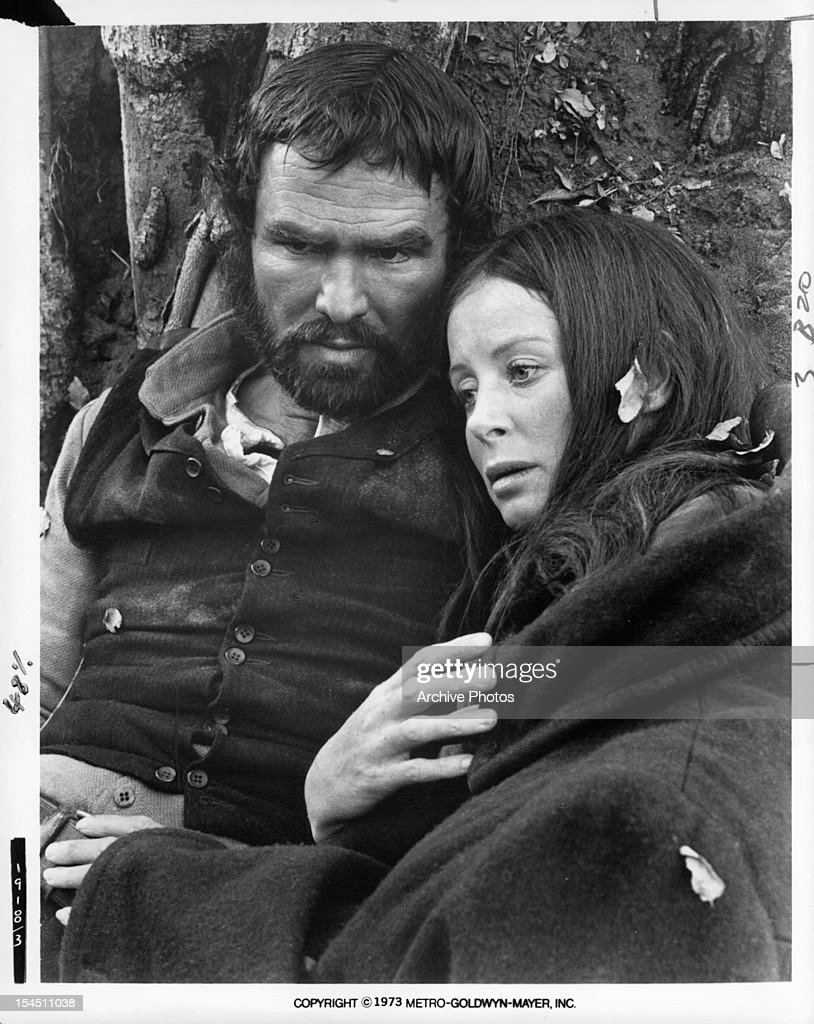 In 1967 Sarah married the much older playwright Robert Bolt, the man who penned A Man for All Seasons. The union ended in 1976. Three years later Bolt asked her to remarry him, but she said no. The next day he married someone else – Anne Zane, the former Marchioness of Queensbury. It would be another nine years before he would again propose to Sarah. And this time she accepted. Her affair with her co-star Robert Mitchum, when they made Ryan’s Daughter together in 1970, did not take place until after her first divorce from Bolt, or so she claims. ‘Robert and I never made love on Ryan’s Daughter because I was still with Robert Bolt. When I was divorced from Robert yes, but when I was making the film, no.’ ‘I loved Mitchum very much’, she said in December 2000. ‘I’ve met them all, you know, and there was nobody to touch him’. 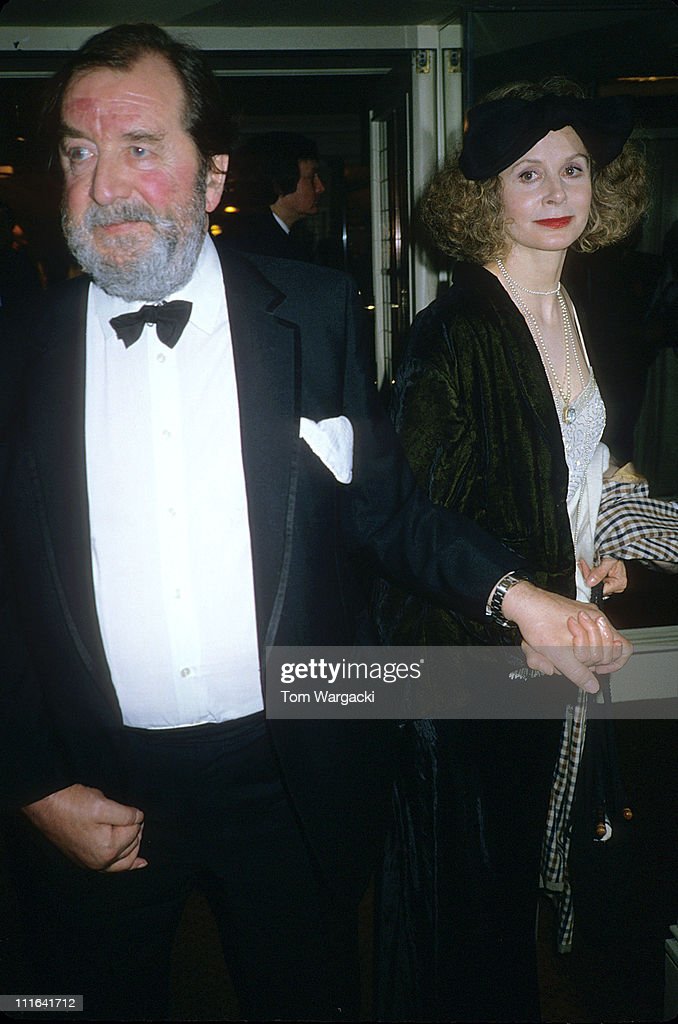 Three years down the track came the publicity surrounding her brief relationship with Time journalist David Whiting. He was Sarah’s business manager and was clearly obsessed with her. It is believed he beat her quite severely on the night he suicided over her simultaneous fling with Burt Reynolds on the set of The Man Who Loved Cat Dancing. Not surprisingly, the subsequent media feeding frenzy made her first marriage to Bolt ultimately untenable. On 11 February 1973 Mr. Whiting was found dead in the bathroom of her motel room. Although Sarah was eventually acquitted of culpability in his death, the details and accusations that emerged sealed the fate of her already rickety marriage. ‘It went on for six months’, she later commented. ‘Murder? Suicide? Murder? Suicide? Murder? Suicide? And, gradually, the truth came out, which I’m not going to speak about, but it certainly wasn’t me. I had actually saved the man from three suicide attempts so why would I want to murder him? I really can’t imagine.’ Her marriage, however, could not withstand the endless conjecture. Bizarrely, twelve years later the couple remarried and remained together until Robert passed away in 1995. Sarah nursed him through the final phase of his life.

with Stuart Whitman in Those Magnificent Men in Their

Sarah Miles is a woman who has never been afraid to speak her mind. Nevertheless, it still came as a shock when she openly volunteered that she had been drinking her own urine for the past 30 years! ‘It tastes like every lavatory you ever smelt’, she volunteered rather needlessly. She feels it positively affects her health in a variety of ways. It all began with urine injections at a Catholic clinic, injections that Sarah believed greatly improved her health. When she left the clinic and was no longer able to afford the shots, she was told that the next alternative was to drink a small cup of her urine daily. Is she eccentric? Probably. Her belief in crop circles, ghosts, and the healing power of dolphins are common knowledge these days, although viewed with considerable scepticism by many. Interestingly, in 2012, her Expanding Heart Awareness group offered a hundred thousand pounds to anyone who could re-create the Galaxy Crop Circle that appeared on Milk Hill in Wiltshire back in 2001. Four different teams had already claimed that they had made it. But none came forward to prove their claims and collect the money.

Sarah is very quick to point out that she has never hopped in and out of bed ‘with every Tom, Dick and Harry’, that her reputation as a scarlet woman is unwarranted. ‘My thing with Spielberg lasted two years, James Fox was another two; Olivier lasted 28 and Mitchum more than 12. These are not one-off little things. And I’ve never had a ‘one-night-stand’ in my life.’ Uh-huh.

To this day she refuses to discuss David Whiting or Burt Reynolds, however. And apparently her three-years living with music producer Charles Foskett, beginning in 1981, had slipped her mind completely. They, too,  aborted a child. When Sarah’s beloved dog died she had it stuffed so that it could spend every night on their four poster bed! Foskett recalled her going to bed each night, her hair soaked in sunflower oil and encased in a Sainsbury’s bag, her forehead covered with sticky paper to prevent frown lines, and her teeth covered in gum shields. He also wrote that she left the corpse of her husband Robert Bolt on top of his bed (with the windows and doors wide open) for two weeks, until her brother, son and friends took turns digging a buriel plot for him in the garden of their 12th century manor. Sarah was and is a far cry from your every day, average English girl.