Phoebe Cates is a New Yorker of Jewish/Russian/Chinese descent. Her teenage years saw her on the covers of several teen magazines including ‘Seventeen’, ‘Elle’ and ‘British Vogue’. She even adorned an edition of ‘Andy Warhol’s Interview’. At nineteen she made quite a splash when she emerged topless from a swimming pool in 1982’s Fast Times at Ridgemont High. Her two leading roles in Gremlins (1984) and its 1990 sequel are probably the highlights in her brief career. Phoebe has never had any problem with displaying her naked body for her art. ‘In this business’, she said, ‘if a girl wants a career, she has to be willing to strip. If you’ve got a good bod, then why not show it?’ She met her husband, Kevin Kline, when she auditioned for a role in The Big Chill in 1983. Meg Tilly got the role, but Phoebe got Kevin. in Fast Times at Ridgemont High 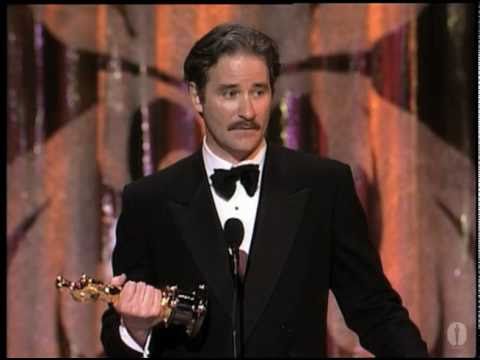 The couple married in 1989 and are still together. Phoebe more or less retired from film-making in the mid-nineties, opting to devote her time to raising their two children instead, although she, Kevin and their children appeared together in The Anniversary Party in 2001. Her husband is sixteen years her senior and is an Oscar-winner, picking up the Best Actor Academy Award for A Fish Called Wanda in 1989, the same year they wed. He is one of a select group to have won a Best Actor Oscar for a comedy. Around that time he chose to turn down the opportunity to play the lead in Batman. Michael Keaton accepted the role, much to the disappointment of fans of the comic-strips. 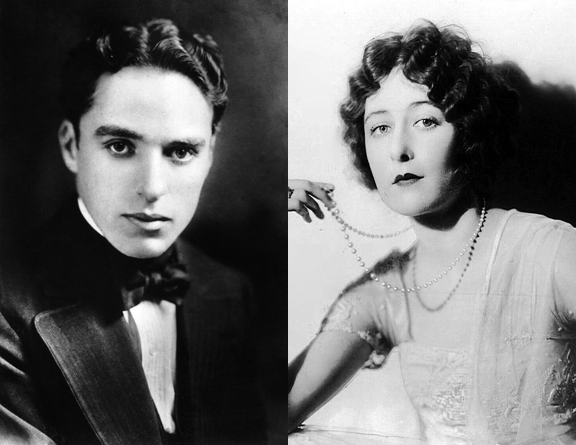 The name Charles Chaplin needs no introduction to movie buffs. It is enough to say that he was a comic genius of the silent era (and beyond), challenged in popularity only by Buster Keaton and Harold Lloyd. In his black and white movies he always appeared to have brown eyes, yet when people met him in real life for the first time they were instantly taken by his incredibly blue eyes. It was said that Adolf Hitler grew his moustache in the hope of gaining the same popular appeal as Chaplin. 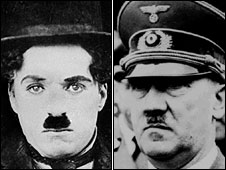 Charlie’s personal life was highly questionable most of his life for he had a rather unsavory preference for young teenaged girls. In fact, he would marry three of them and conduct affairs with many more. His first wife was an actress named Mildred Harris. She was 17 and Charlie was 29. Originally billed as ‘Innocent Mildred Harris’ when she started in movies at the age of eleven, and for a time she was one of the highest paid young actresses in Hollywood. Chaplin soon swept her innocence aside. Their only child lived just three days, their marriage surviving just three years. After the divorce ‘innocent’ Mildred commenced an affair with the Duke of Windsor. Later still, she introduced him to Wallis Simpson, and we all know where that led. Mildred would succumb to pneumonia aged 42 in 1944. Charlie’s second wife was even younger. By then he was 35 years old when he trotted 16 year-old Lita Grey down the aisle. She was no shrinking violet either. Beginning at his Hollywood studio when she was 12, she and Charlie were intimate when she was just 15. At 16 she was pregnant to him so they married. She appeared in a half dozen movies as a bit player, but Chaplin soon tired of her and three years and two children later they were divorced under bitter circumstances.

Paulette at the height of her beauty

Wife number three was ‘old’ by Chaplin’s standards. Gorgeous Paulette Goddard was 26 to Charlie’s 47. She had been through the mill too, having wed a wealthy man at 16, divorced him, gaining a very sizeable settlement along the way, and high-tailed it to Hollywood. Paulette could get any man she wanted (and she knew it), so it was not long before she and Charlie were ‘an item’. They secretly married in 1936, separated in 1940, and divorced two years after that.

Chaplin’s last wife was 17 year-old Oona O’Neill, the daughter of playwright Eugene O’Neill. She made two appearances on the screen but could scarcely be classed as an actress. Charlie was still up to his old tricks; he was fifty-four when they tied the knot. They had eight children and were still together 34 years later when Charlie shuffled off this mortal coil. 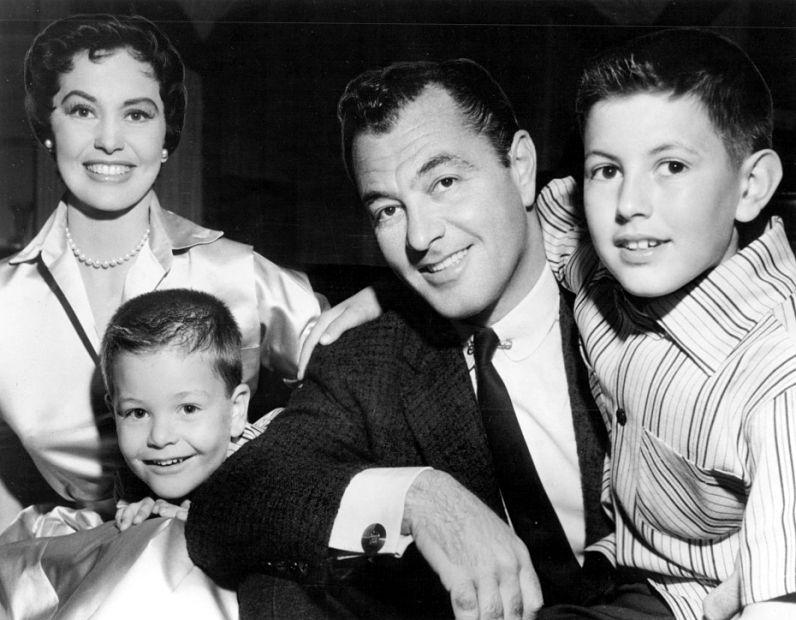 Tula Finklea was born in Amarillo, Texas in 1921. Evidently, she was not enthusiastic about her real name, so 13 year-old Tula started dancing with the Ballet Russe as Maria Istomina, Natacha Tulaelis, and then as Felia Sidorova. The company preferred its dancers to use Russian names anyway. In 1943 she made her first movie under the name of Lily Norwood. Four years earlier she had married her dance teacher, a Greek named Nico Charisse, a union that ended in 1947. Her little brother always had difficulty saying ‘sis’, and could only manage ‘Sid’. By the time she made Ziegfeld Follies in 1945 she had settled on the more feminine ‘Cyd’, coupled with her married name. Cyd Charisse was about to take the musical movie by storm. Her beauty graced a number of films over the next seven years until Singin’ in the Rain (1952) and The Band Wagon (1953) turned her into a dancing superstar. Pregnancy to her new husband, singer Tony Martin, had already kept her out of the lead in An American in Paris in 1951, thus enabling the selection of Leslie Caron in her place. The picture made Leslie a star. Cyd danced with both Gene Kelly and Fred Astaire throughout her movie career and admired both men as wonderfully talented dancers, albeit entirely different styles. Tony could always tell at a glance whether Cyd had been rehearsing with Gene or Fred. Kelly invariably left her with bruises due to his physically demanding style. Fred, she said, was as smooth as glass.

Cyd & Gene in Singin’ in the Rain

Cyd & Fred in The Band Wagon 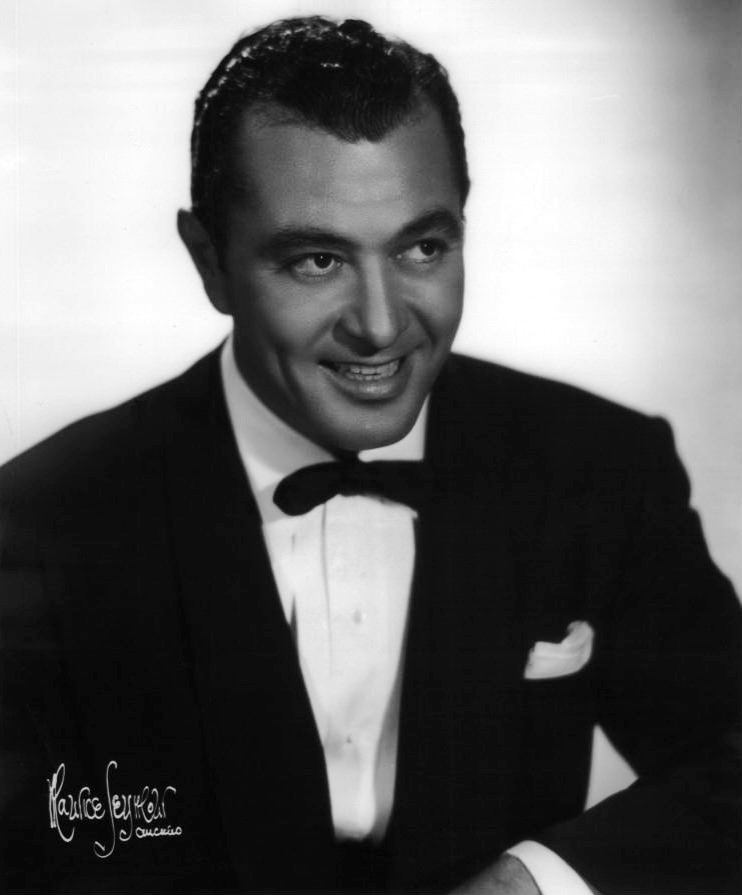 Tony & Cyd in their dotage

Cyd’s second husband, Tony Martin, had a pretty big hit single with There’s No Tomorrow in 1950. It was an adaption of the Neapolitan tune O Solo Mio and would be adapted again in the early sixties by Elvis Presley who would turn it into a million-seller called It’s Now or Never. Martin’s first wife was the extremely popular actress/singer Alice Faye. He resented being labeled ‘Mr. Alice Faye’ by the media and the marriage lasted three years. His second wife was Cyd and they were together for 60 years until her death at 87 in 2008. ‘She stepped out of a dream’, he said many times during his long life. Amen to that. Tony passed away in 2012 aged 98.