Mickey Rooney took one look at Ava Gardner when she arrived in Hollywood and was hooked. He pursued her, wooed her and did his utmost to bed her, but the 18 year-old virgin made it clear that any man who wanted to alter that status was going to have to marry her first, so the perpetually randy Mickey proposed at a hundred miles an hour. Ava accepted on condition the wedding wait until she was 19. When an elated Mickey took her home to meet his mother, the old dear (who obviously knew her little boy only too well) wryly observed: ‘I guess he ain’t been in your pants yet’.

When Rooney raved about her lovemaking in his autobiography, Ava snorted, ‘Well honey, he may have enjoyed the sex, but I sure as hell didn’t’. Mickey’s serial philandering put paid to their marriage within sixteen months. She later learned that he had begun cheating on her just three weeks after the wedding. Husband number two was bandleader Artie Shaw. It, too, was not a happy union, and was over a year later. Husband number three, Frank Sinatra, fared better in her eyes. ‘We were great in bed’, she volunteered. ‘It was usually on the way to the bidet when the trouble began’.  They lasted nearly six years and would stay friends for the remainder of her life. Although Ava always wanted children, she nevertheless aborted Sinatra’s baby shortly after filming completed in Africa on Mogambo. ‘We couldn’t even take care of ourselves’, she confessed. ‘How were we going to take care of a baby?’ In fact, she aborted two of her pregnancies to him. Ava’s co-star in One Touch of Venus in 1948 was the volatile Robert Walker who also fell head over heels in love with her. She was 25 and at the height of her incredible beauty. His infatuation died an ignominious death when he walked into her dressing room and discovered her in the arms of third-rate actor Howard Duff. Walker was not too keen to hit Duff who was quite a big man, so he belted Ava instead. For some considerable time she was compelled to hide out at friends’ apartments as the obsessively jealous actor dogged her every move.

with Robert Walker in with Robert Taylor in John Huston had an affair with her while he was married to Evelyn Keyes. It helped Ava to get parts in The Night of the Iguana and The Bible, both pictures directed by him. Others who found their way into her boudoir in the late forties and early fifties included David Niven and the small-time gangster Johnny Stompanato. He would later meet a sticky end during his relationship with Lana Turner. Each of these beaus had to somehow squeeze his way in between the numerous bullfighters Ava seemed to have an addiction for. Then, of course, there was the irrepressible Howard Hughes. Her two-year fling with him was regularly fuelled by the seduction method he employed with all his conquests. ‘Who could resist a guy who shows up with a tray of diamonds and says ‘pick one’?’ she said. Not many, it would seem. Unfortunately, Howard also liked to have his women followed and their apartments and cars bugged. When Ava found out she dumped him at once.

She went off to Spain and formed a ‘friendship’ with writer Ernest Hemingway, later staying with him at his villa in Havana, Cuba. He observed her swimming naked in his pool one day and gave orders to his staff: ‘The water is not to be emptied.’ Later still, after sleeping with a string of bullfighters in Spain, Ava somehow became involved with the highly volatile George C. Scott. He appeared to be in love with her, but his drunken, jealous behaviour actually frightened her. He beat her up several times, especially when she turned down his drunken proposals of marriage. There was simply no way she was ever going to marry a violent drunk who was known to not only bash her, but to threaten her with a broken whisky bottle. In fact, his attacks increased in violence the longer their relationship lasted. In effect, Ava’s ex-husband Sinatra ended it for them. Mob associates of his gave George an ultimatum: get out of the picture or else. George took the hint.

in her later years

In 1968 Ava moved to London, to her last home in Ennismore Gardens. There she remained for eighteen years. By 1986 she was suffering from emphysema and an unidentified auto-immune disorder. Two strokes then left her partially paralyzed and bedridden. She also suffered a bad fall a week before she died from pneumonia in 1990 at the age of 67. Diana Barrymore was born in 1921, the daughter of thespian legend John Barrymore. Her mother was Blanche Oelrichs, the writer, who went under the masculine pen-name of Michael Strange. Unfortunately for Diana, the only lasting contribution to her life that she received from her famous father was how to fully appreciate a Brandy Alexander. Consequently, her short life was wrecked by alcoholism just as her father’s had been. But she was a Barrymore nonetheless, and that meant movie executives should be able to trade on her name. Universal certainly made that assumption and signed her to a $1,000 a week contract in 1941. Then they bumped it to $2,000 a week the next year, promoting her as ‘1942’s Most Sensational New Screen Personality’. It was a poor investment. 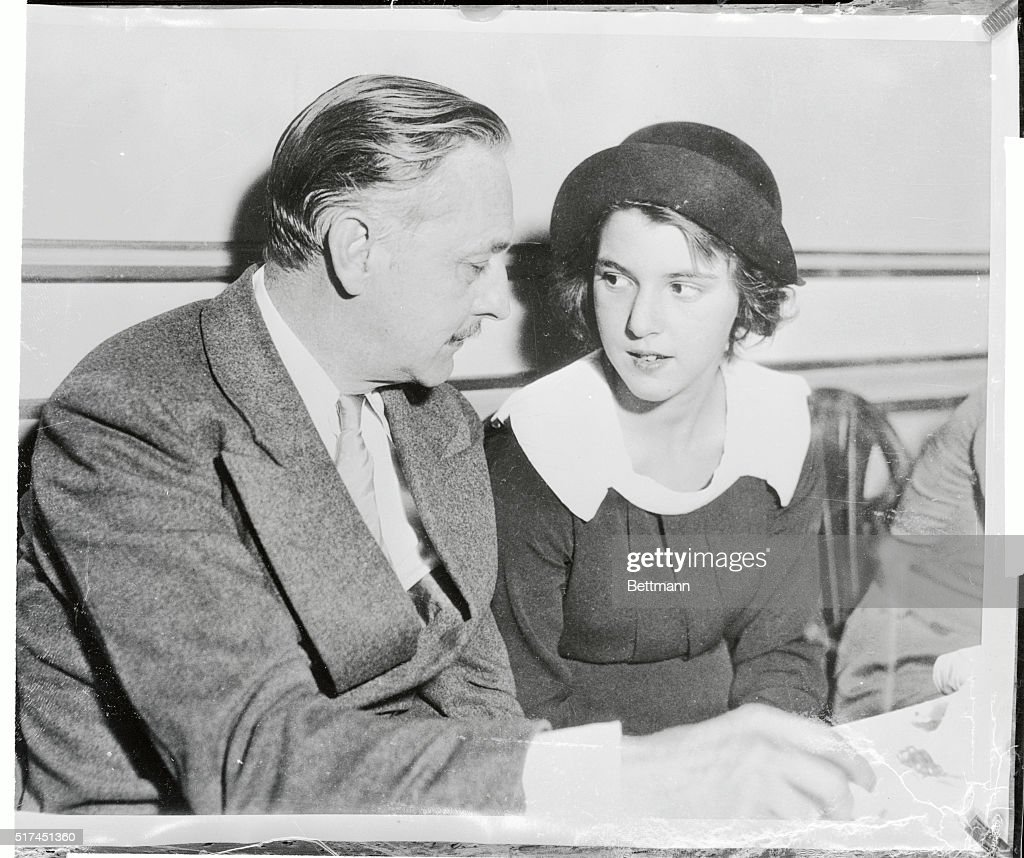 13 year-old Diana with her father         her mother Michael Strange

The premiere of her first credited film, Eagle Squadron, took place on 29 May 1942, the day her father died. Perhaps, it was an omen. Diana’s film career consisted of just six screen credits. After several poor performances she was asked to play a minor role in an Abbott and Costello comedy, and she flatly refused to do so, claiming it would demean her family name. The fact that her drunken debauchery off-screen was doing that anyway seemed to have escaped her notice. Her contract was not renewed. From then onwards she slid into alcohol-induced bouts of depression that led to several suicide attempts and stretches in sanatoriums. The money she had earned from her movies and her inheritance was soon gone. But she was still attractive, so she married, three times in all, to a couple of actors and a tennis professional, but her alcoholism ruined any true hopes of happiness.

Diana was quite a beauty

More than a decade slid by until 1957 when she co-wrote her biography and aptly titled it Too Much Too Soon. Short of money, she accepted in that same year a paltry $30 a week to appear in a nothing movie called The Ivory Branch. She had been relatively sober for some time, and the final page in her book suggested she might have at last turned the corner against her alcoholism: ‘Perhaps I have begun to find my way’, she had written. Sadly, that was not the case. In January 1960 her maid found Diana’s body in her New York apartment. She had died of heart failure brought on by a mixture of alcohol and sleeping pills. She was 38.