Jude Law’s marriage to Sadie Frost began in 1997 and ended in 2003. A contributing factor to the break-up was a near tragedy in October 2002 when Iris, their two year-old daughter, swallowed an ecstasy tablet she found on the floor at a children’s party and was rushed to hospital. Subsequent to her parents’ divorce, stories surfaced about ‘sex swap’ parties during the marriage that involved Supergrass drummer Danny Goffey and his girlfriend Pearl Lowe. Lowe confirmed the affairs. Law and Frost denied they ever happened. 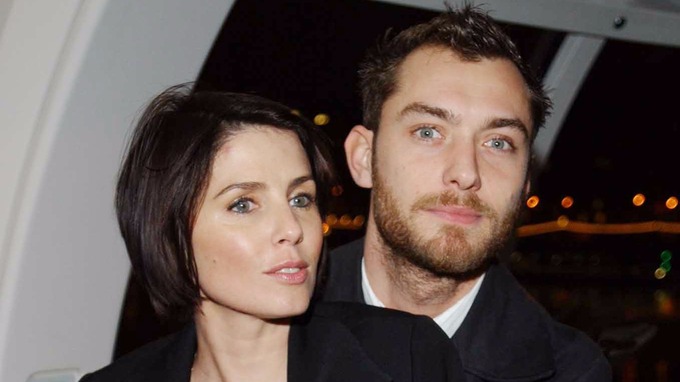 Law’s engagement to Alfie co-star Sienna Miller in 2005 ended in October of that year, despite his public apology to his fiancée for cheating on her with his children’s nanny, Daisy Wright. ‘I want to publicly apologise to Sienna and our respective families for the pain that I have caused’, he said. ‘There is no defence for my actions which I sincerely regret and I ask that you respect our privacy at this very difficult time’. Then, on 9 October, News of the World revealed Sienna’s affair with the new James Bond, Daniel Craig. Apparently, their romance was in full bloom at the very time she was accusing her husband of betrayal. All in all 2005 was not a good year for Jude Law. Sadie gained their $4 million Primrose Hill mansion, plus a $2 million payment following the divorce. Then, in August, nude photographs of him climbing into a bathing suit at his mother’s home in Vaudelnay, France, surfaced on the Internet. Finally, in 2006, after several tries at reconciliation, he and Miller ended their three-year relationship. Peter Finch’s dying scene in the 1957 bushranger movie Robbery under Arms was unusual for the time in that it was shot at a distance and at the star’s suggestion. Most actors enjoy nothing better than a juicy death scene, shot in agonising, tear-jerking close-ups, yet Finch thought it would be more poignant (and certainly different) if he was despatched in long-shot. He also carried several lumps of sugar for the scene. When they spilled onto the ground as his character died in a hail of bullets, a long shot of his loyal steed walking over to nuzzle the body of his beloved master (and to polish off the sugar lumps, of course) provided an added, moving touch.

During the Second World War Finch joined the Australian Army and served briefly in Palestine as a gunner. On his return home he found himself manning a Bofors Gun in Darwin during several Japanese air raids on the port. The Department of Information eventually grabbed him to make propaganda films for the remainder of hostilities. He was, after all, one of the best known movie actors in the country even before war broke out. Later, he moved to England in pursuit of his career. His friendship with Laurence Olivier led to him being cast in the lead in Elephant Walk in 1954, opposite Larry’s wife Vivien Leigh. She suffered a mental breakdown early in the shoot and was replaced by Liz Taylor. Finch rewarded Olivier by embarking upon a lusty relationship with the much-troubled Vivien. Not Finch’s finest hour. 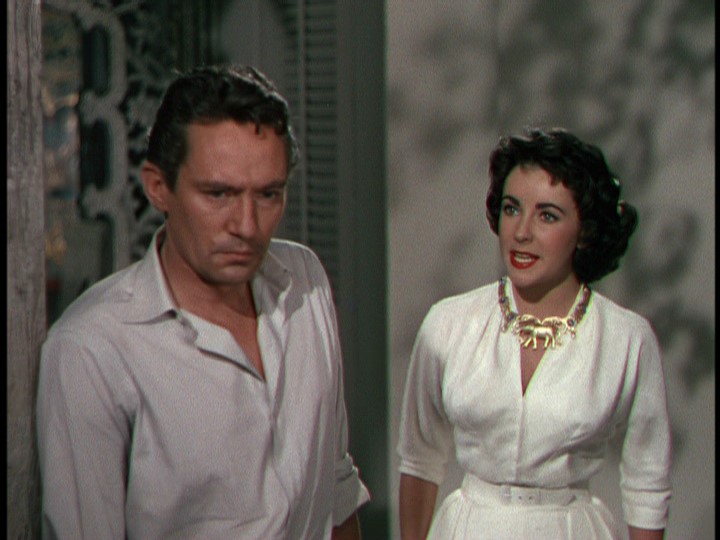 Peter’s sister kept tabs on his stable of beautiful women whenever he had to leave them behind in Britain to go on location, checking on their nocturnal activities and reporting back to him on a regular basis. He in turn would call her from time to time to add another name to the list. Although she adored her brother, she was appalled by his treatment of his ex-wife, Tamara. On at least one occasion he got blind drunk and phoned her home, yelling down the receiver: ‘I’m here with a black lady who is better in bed than you are!’ At other times, often in the middle of the night, he would take women to her home and stand on the doorstep shouting similar taunts at the top of his voice. Finch attracted women like a magnet wherever he went. His penchant for black lovers, however, brought criticism from several quarters in an era when mixed romances were considered scandalous. When the husband of black singer Shirley Bassey named him as co-respondent in their divorce case the adverse publicity shocked the actor. ‘I’ve been publicly called a nigger lover’, he complained to a friend. ‘They’ve disowned me in South Africa and the southern states of America. I even got a bomb in the post that failed to explode’. Nevertheless, he continued to bed women from all races and would eventually take another black woman as his third and last wife. Eletha Finch would appear on world television at the Oscars following his death to accept his posthumous Academy Award for his performance in Network. Some publications still insist that his real name was William Mitchell, but this is incorrect. William Mitchell is the fictitious name he gave to the Italian police after he was arrested for drunkenness in Rome one evening. Commentators mistakenly assumed it must have been his real name that he had given and the error was compounded over the years. 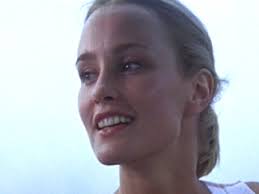 The 1976 version of King Kong starring Jessica Lange sees the ape atop one of the doomed Twin Towers of New York, instead of the Empire State Building as happens in the original. Universally panned by the critics, the film actually made money by grossing $36 million in the USA alone against an initial cost of $24 million. Kong atop the Twin Towers

Jessica disappeared from the screen for a few years after this picture because she was under an exclusive seven-year contract to Dino De Laurentis and was not permitted to perform without his permission. His unkind description of her as, ‘beautiful face, no brains, big bosoms’, did little to help her career in those days, but she would eventually prove him wrong. 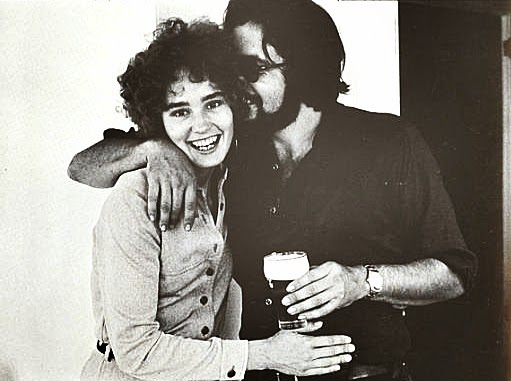 She led a genuinely Bohemian existence for several years in the late sixties and early seventies with her husband, artist Paco Grande. They lived in the avant garde section of Paris, drove across America for two years, existed like Beatniks, never worked unless forced to, and smoked a lot of grass. After they split up (neither bothering about getting a divorce) Jessica joined a mime school in Paris, performing as a human statue in the streets on occasion. She soon tired of that and returned to America to become a model. Movies followed.

with Baryshnikov and their daughter

She gave birth to a daughter sired by dancer Mikhail Baryshnikov, although she was technically still wed to Grande at the time. A brief affair with legendary dancer/choreographer Bob Fosse followed her break with Baryshnikov. For many years now the highly intelligent actress has lived with writer/actor Sam Shepard. They fell in love on the set of Frances. Since then she has gone on to win two Oscars. Jack Nicholson once described her: ‘like a delicate fawn crossed with a Buick’.