(1972-80). A spin-off from the iconic All in the Family series, Maude was classed as a sitcom but it also dealt with a number of controversial issues of the day, none more so than abortion. A 2-part episode was shot in November 1972 amid little controversy, but all that changed when it was repeated after the landmark ‘Roe vs. Wade’ court case was handed down in January 1973. The series starred Bea Arthur supported by, among others, Rue McClanahan who would join her again as Blanche in the 1985 hit show The Golden Girls. There was an infamous ‘facelift’ episode that had viewers arguing over whether or not Bea had indeed undergone a facelift. In fact, she had not. Her ears were pinned back, the skin on her face was pulled back also by using elastic bands, and a lot of extra make-up was applied – the same process that Lucille Ball underwent in her later series. 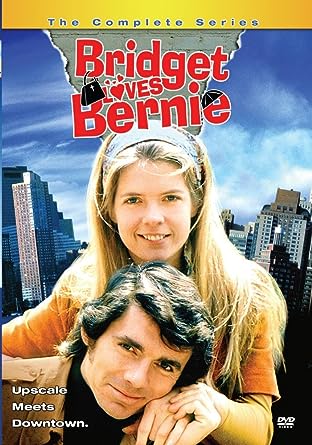 (1972-3). The premise of this popular series revolved heavily around a Catholic marrying a Jew and the issues this created, mainly with the reactions of their families. Unfortunately, despite its high rating, Bridget and Bernie was cancelled after a single season. CBS made some lame excuse for canning what is now recognized as the highest-rating program ever to be ditched after a single season, but the company had received a lot of abusive mail from Catholics and Jews alike, so it took the easy way out. Meredith Baxter (Bridget) would hit it big in 1982, however, as Michael J. Fox’s mother in the long-running Family Ties. Incidentally, the two stars of Bridget Loves Bernie, (Meredith and David Birney), married each other in real life. In 2013 Meredith wed her girlfriend of 7 years, Nancy Locke, four years after coming out as a gay. 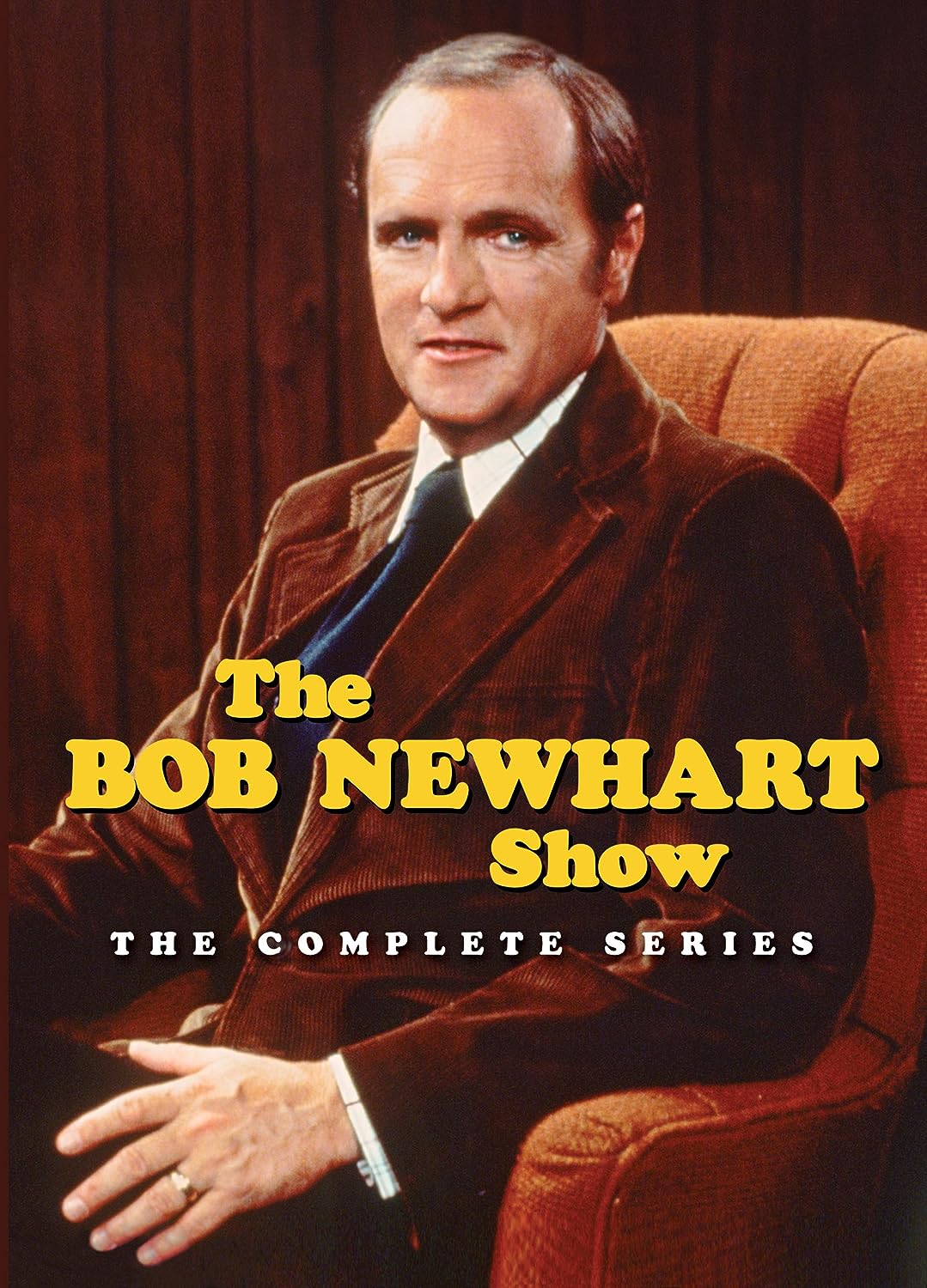 (1972-8). Bob Newhart was one of that brand of American comedian that did not really fire here in Australia. Jack Benny was another. Yet, in the USA, he was something of an icon playing the psychologist in his popular series. College students invented a drinking game especially for the show. Every time someone said, ‘Bob’, they had to sip their drinks. If ‘Hi, Bob’ was uttered they had to drain the glass. For the record, in the 142 episodes of The Bob Newhart Show the words, ‘Hi, Bob’, were spoken 256 times. 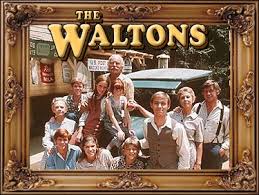 (1972-81). The Waltons focused on a Virginian Blue Ridge mountain family during the Great Depression and World War Two. Richard Thomas (John-Boy Walton) left the series after the fifth season because he had only signed a five-year contract and he wanted to pursue other roles. Gay actor Will Geer (Grandpa Walton) died suddenly in April 1978, so the writers killed off his character in the series to coincide with his demise. In his youth Will was involved in a relationship with Harry Hay, the Los Angeles Communist and founder of the gay-activist organization the Mattachine Society. Will’s leftist politics got him blacklisted in 1951.

Will Geer as Grandpa Walton 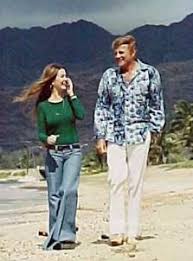 (1972-4). The Little People was also known as The Brian Keith Show, and was set on the island of Oahu, Hawaii. Keith and the lovely Shelley Fabares play father and daughter paediatricians, while Brian’s real-life wife Victoria Young plays Nurse Puni. Nancy Kulp (Miss Hathaway of The Beverly Hillbillies) was introduced into the show in season two to spice things up a bit, but it did not work and the series failed to be renewed in season three. (1974-84). The fact that this series ran for a decade is testament to the incredible popularity of one of its characters, The Fonz, played by former unknown Henry Winkler. Both Mickey Dolenz and Michael Nesmith of The Monkees auditioned for the role but were rejected because they were too tall for the rest of the cast. Winkler is just 5’6” (1.68m). His enormous following was such that the producers intended changing the name of the series in season three to ‘Fonzie’s Happy Days’ or just plain ‘Fonzie’. Ronnie Howard and Garry Marshal (the writer) threatened to resign if they did. Henry Winkler as ‘The Fonz’

Winkler was asked to play the male lead (Danny) in the movie Grease. After mulling it over for a couple of weeks he said, ‘no’, believing that John Travolta would do it better.  He had ‘them special eyes to woo the lady audience’, he said. Interestingly, when Erin Moran (Joanie Cunningham) was interviewed by Howard Stern, she stated that Winkler would frequently kiss her and Marion Ross (who played Mrs. Cunningham) off camera. And he made no secret of his disdain for Anson Williams (Potsie). (1974-9). Black Panther activists took exception to the fact that the African-American family at the centre of this show lived in a slum in the Chicago projects, were poor, and surrounded by crime. They argued that the average black American family was being negatively stereo-typed. It must have had some effect because a series called The Jeffersons soon emerged depicting an affluent black family. Whether or not this was more typical of the average black family in the USA is debatable, but it seemed to satisfy the Panthers. Jimmie Walker blatantly based his character (J.J.) on Art Carney’s Norton in The Honeymooners. (1974-8). The series was initially written for Cheech and Chong, but they chose to put their energies into a string of movies instead; so Jack Albertson was cast as the old man Ed Brown who runs the garage, and Freddie Prinz landed the role of Chico, and it made him a star virtually overnight. Not that it did him much good for, at the zenith of his popularity, 22 year-old Freddie shot himself in the head. It is believed his drug habit had got the better of him. Twelve hours later his life support system was turned off. A young actor was chosen to replace him in the series but the magic was no longer there and Chico and the Man was cancelled soon afterwards.

(1975-85). Probably the most successful of the All in the Family spin-offs, this one featured George and Louise Jefferson (played by Sherman Hemsley and Isabel Sanford) as nouveau riche black Americans who move into a plush Manhattan apartment building. George is more or less a black version of Archie Bunker; opinionated, bigoted, and forever shooting his mouth off. Louise is the voice of logic and reason. The Jeffersons actually ran longer (11 seasons) than did All in the Family.

(1974-8). Valerie Harper started her TV rise to fame on The Mary Tyler Moore Show playing Rhoda Morgenstern for seven seasons until she got her own spin-off series Rhoda. It ran for five seasons. In 2013 Valerie was diagnosed with terminal brain cancer. As of this writing (May 2016) she is still alive and fighting her affliction.

(1974-5). This short-lived series revolved around a concert cellist and his problems with his family and fellow musicians. It only survived for 15 episodes, presumably because the writers struggled to incorporate a multitude of connected ideas into it. In effect, it was short and sweet, developing quite a following during its brief lifespan.