In the fifties the iconic ‘girl next door’ arrived on the screen in a series of domestic romantic comedies, several of them opposite Rock Hudson. Doris Day would grace the pop music charts with numerous best-selling singles and albums, but her screen image of the suburban housewife, freckled face and all, battling family issues common to most housewives made her the quintessential ‘girl next door’ of her era. Even in her films where she played a secretary or career woman she maintained that ‘everyday’ image at all times. Whereas the likes of Marilyn Monroe, Jane Mansfield and Jane Russell exhibited their physical attributes and used sex appeal as the primary weapon of their characters’ personas, Doris always dressed conservatively and was projected as the prey of amorous admirers; never as the hunter. She played a suburban girl from the turn of the 20th century in films such as On Moonlight Bay (1951) and By the Light of the Silvery Moon (1953), and then moved her virginal persona into the big city for romantic comedies like Teacher’s Pet (1958), Pillow Talk (1959) and Lover Come Back (1961), to name just three. 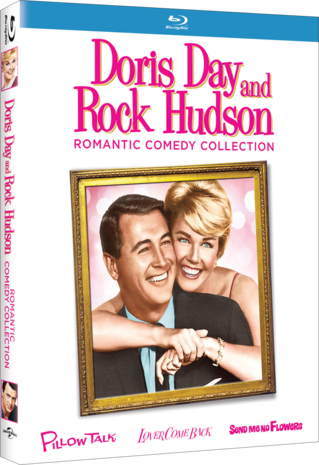 Doris’s name has not been linked with many men, but there have been a couple of lovers (other than her four husbands), although neither man made it past a solitary year. The first of these was actor Jack Carson. He generally played blustering, big-headed fools in his movies. Whether he was like that in real life I do not know, but it was common knowledge that he had a drinking problem. Doris hooked up with him in 1950 and their relationship terminated within 12 months. Put simply, he drank too much. The other lover was considerably more serious. Ronald Reagan and Doris were an ‘item’ for a year (around the same time in fact), and there was talk of a possible marriage. Then Ronnie met Nancy Davis and wed her instead. Regarding her domestic life away from the screen, her studio worked hard to promote the fact that she lived with her son, mother and dogs in a quiet, suburban neighbourhood. She baked cookies, sewed, and even cleaned house, just like most other ‘normal’ American housewives. Yet she was not perfect, they hastened to add. She wasn’t better than other housewives. No matter how hard she tried she was, apparently, incapable of making fudge that hardened! American wives and mothers breathed a sigh of relief because their fudge did. She was one of them alright, said the articles, but rest assured, she was not superior. Of course, her enormous wealth and fame were brushed over in the articles that peppered the magazine stands. Her ‘girl next door’ image packed theatres at a time when the menacing spectre of television began to seriously threaten the movie industry, so studio publicity departments worked overtime to enhance that image. And it worked. Doris had a fantastic career and her studio cleaned up.

If pressed, cinema-goers of the forties would more than likely name June Allyson as their all-time favourite ‘girl next door’, such was her immense popularity from 1944 (Two Girls and a Sailor) until around 1957 (My Man Godfrey). Her smoky voice and ingenuous smile endeared her to millions of fans for more than a decade. She was the All-American girl, one that any self-respecting American boy would proudly bring home for the approval of his folks. June even managed to transfer her ‘girl next door’ image across three centuries when she made The Three Musketeers with Gene Kelly in 1948. Her Constance was the All-American next door girl of the forties deposited into 1625 France – and movie-goers couldn’t care less. They loved her. She made a dozen or so highly successful musicals and comedies for MGM in the forties and fifties, married director Dick Powell in 1945, and remained with him until his demise from cancer in 1963, after which she pretty much retired from the big screen.

June may well have projected herself on-screen as a guileless innocent, but in private she was as flawed as anybody else. Prior to meeting Powell she had a brief fling with young John F Kennedy (who didn’t?), and was compelled by MGM to pretend to be romantically involved with Van Johnson at first, and then with Peter Lawford. Both men were in serious danger of being exposed as being in a homosexual relationship, so June became a ‘beard’ for them on a number of occasions. In 1950, five years into her marriage to Powell, she began an affair with actor Alan Ladd, a relationship that went on for five years. ‘Each of us was suffering in our marriages’, she later said. ‘I because I wasn’t getting enough attention, Alan because he was getting too much’ – from his domineering wife, Sue. June and Dick separated in 1957, but never divorced. They reconciled in 1961. Powell’s death in 1963 saw June descend into an alcoholic haze, a problem she had until 1976. 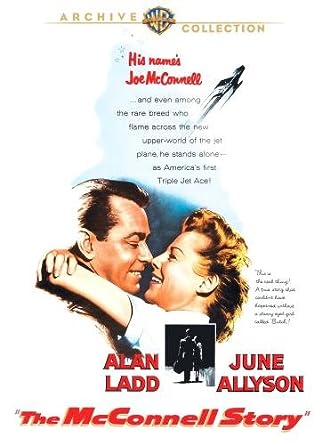 I have often stated that, in my opinion, Joan Leslie was the ‘perfect girl next door’, but this lady runs her the closest of seconds. Teresa Wright was class personified in everything she ever did – on-screen and off. And boy could she act! She won a Best Supporting Actress Oscar for Mrs. Miniver in 1942, and was nominated for Oscars for two more performances – The Little Foxes (1941) and The Pride of the Yankees (1942), the latter in the Best Actress category. In fact, she is the only actor (male or female) to be Oscar-nominated for her first three films! Quite an achievement. Personally, I feel she was most unlucky not to be nominated for her fourth film as well, the terrific Hitchcock thriller Shadow of a Doubt (1943). Her heartfelt performance as Lou Gehrig’s wife in The Pride of the Yankees was acknowledged 63 years later in 2005. A roll call of former great Yankees who had passed on was announced, and Teresa’s name was read out among all the ballplayers!

When Sam Goldwyn spotted her on the New York stage and offered her a movie contract, she signed on two conditions. First, under no circumstances would she agree to participate in any cheesecake photos or allow her image to be used for promotional reasons. Second, she must be allowed to return to the theatre once a year if she chose to. Teresa truly was unique in the movie industry. In 1946 her contract with MGM expired and she instantly left the studio. Ironically, in all the years she had spent at the studio she only ever made one MGM picture – Mrs. Miniver. All the rest were ‘loan-outs’.

Shadow of a Doubt

Her first husband, Niven Busch, wrote Duel in the Sun as a vehicle for her, but pregnancy forced her to surrender the role to Jennifer Jones. When he informed David O Selznick that his wife had to drop out of his picture, the furious Selznick erupted. ‘Dammit, Busch, she isn’t the only one you screwed!’ Second husband, renowned playwright Robert Anderson, focused Teresa’s career on stage and TV work for most of their 19 year union. It almost goes without saying that the delightful Teresa Wright’s name has never once been connected romantically with anyone other than her two spouses. A class act right down the line. She passed away from a heart attack in 2005 at the age of 87.