The major studios realized as early as 1922 that they had better start policing themselves before the government decided to move in and curb the questionable morality of the industry themselves. Scandals such as the murder of director William Desmond Taylor and the alleged rape of Virginia Rappe at a Hollywood party, coupled with an increasing amount of nudity, immoral conduct and risqué screenplays, had brought widespread condemnation of the movie industry from political and religious quarters. Legislation was being considered that would take power away from the studio moguls, so they acted first by appointing a former US Postmaster-General named Will Hays to introduce a set of moral guidelines known as ‘The Motion Picture Production Code’.

Hays, a former Presbyterian minister, was paid a salary of $100,000 a year, a phenomenal sum at the time, and told to regulate the morals of the industry. For the next 12 years he attempted to do just that, but his efforts were considered by some, the Catholic Church in particular, to not go far enough. Not by a long shot. The fact that the nation’s morals were being guarded by a Presbyterian didn’t sit too well with the Vatican either. Enter Archbishop John T. McNicholas of Cincinnati, Ohio. 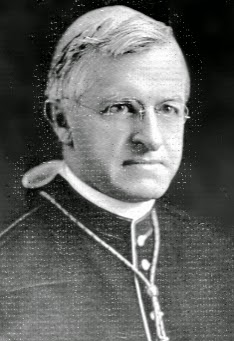 In 1934 he formed the Catholic Legion of Decency (CLOD), later known as the National Legion of Decency. In one fell swoop the Catholic Church took control of movie-making and would continue to do so for about thirty years. Producers already made pictures with one eye focused on the Hays Office. Now, they had to keep the other one on the CLOD. And woe betide any producer or studio reckless enough to ignore either. So, how did the CLOD get to wield such unprecedented power over an industry that had always policed itself? Coming up with a pledge that all Catholics were expected to either sign or adhere to was the first step. It stated (in part): ‘I condemn all indecent and immoral motion pictures, and those which glorify crime or criminals…I pledge myself to remain away from them. I promise, further, to stay away altogether from places of amusement which show them as a matter of policy.’ For the studios this was very scary stuff. After all, there were an awful lot of Catholics in the USA and Europe, not to mention South America where there were more Catholics than ants! Within a few months of CLOD being made public, an estimated 7 million American Catholics had taken the pledge. A priest in Buffalo jumped on the band-wagon declaring the word ‘movies’ itself to be an acronym for evil: ‘M’ was for menace, ‘O’ for obscenity, ‘V’ for vulgarity, ‘I’ for immorality, ‘E’ for exposure, and ‘S’ for sex. Others said that watching immoral movies was a mortal sin, punishable with a one way trip to Hell when you died. Just like murder and adultery, they said, although why murder and adultery should be classified as equally sinful is beyond me. Evidently, cheating on your spouse, watching Mae West crack a few jokes, and killing someone were declared to be sins warranting equal penance! The Legion adopted a three-part rating system: Any movie classified as an ‘A’ was fine. If it scored a ‘B’ it was judged to contain some objectionable content. But if your movie earned itself a dreaded ‘C’ – look out! Catholics the world over would avoid it like the plague, and that usually meant it lost money. Before the Legion came along a jury of producers could over-rule the Hays Office’s classifications. Not anymore. In an effort to look tougher the Hays Office abolished the jury, but scenes and dialogue continued to slip through that were condemned by the Legion.

In 1939’s Gone With the Wind the Hays Office would only agree to the final line spoken by Clark Gable, ‘Frankly my dear, I don’t give a damn’, on one condition. He must place the emphasis on the word ‘give’, NOT on the word ‘damn’. Hence, the line came out as – ‘Frankly my dear, I don’t give a damn’. Maybe, the Hays Office thought that doing so might make audiences not notice the ‘nasty’ word at the end of the sentence.  Of course, the uproar and squabbling over the line only added to the picture’s publicity. Hays was even known to ban dialogue that could not even be heard! When Alfred Hitchcock (in the 1942 thriller Saboteur) tried to insert a background scene in which he has his face slapped after he appears to make an improper suggestion to his deaf and dumb secretary, the Hays people jumped all over it and the scene was promptly banned, even though not a word was audible. It took until 1953 before a movie bearing a Legion ‘C’ rating made a profit, and that was the Maggie McNamara drama The Moon is Blue. A further example of the Legion’s power can be demonstrated with its threat regarding the 1962 drama To Kill a Mocking Bird. It objected to the film’s ending which suggested that lying, even if for the best of reasons, was alright. The producers had to alter the finish of the picture to avoid receiving a ‘C’ rating. Even so, the Legion was beginning to slowly lose its clout. In 1957 the Pope suggested that Catholics should focus more on seeing good films than boycotting bad ones. Besides, times were changing and so were people’s tastes. Liberal Catholics found the Legion to be too strict. By 1969 even inter-racial sex was (reluctantly) allowed as evidenced by the steamy scenes between Jim Brown and Raquel Welch in 100 Rifles. The Legion was gone altogether by 1980, and so was the threat of committing a mortal sin if you happened to watch the wrong movie. Praise the Lord! From 1934 until 1954 the Hays Office appointed an administrator, Joseph Breen, to enforce the Production Code in Hollywood, but by 1968 it, too, had become a toothless tiger and had been replaced by the MPAA film rating system. The focus was no longer on restricting film-makers. It was now about alerting audiences to what they could expect to see in their movie choices. At last we saw the end of the idiotic Hays ruling that couples (not even married ones) were forbidden to be seen in the same bed together unless one of them had his or her foot on the floor. We also saw the demise of the equally silly rule that made married couples sleep in two single beds. Until 1968 it was forbidden to use words like ‘pregnant’ or even ‘Lord’. All that now changed forever. Inter-racial love was no longer banned, it was no longer forbidden to ridicule religion or religious individuals, and belly-buttons could now be gazed upon without fear of persecution or prosecution. 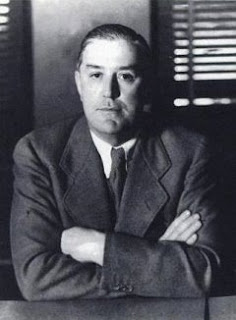