There is no shortage of tragic stories in Hollywood’s history. Jean Seberg’s is just one of them. Even so, there is something particularly poignant about her story because she appeared to have the world at her feet until someone at the FBI decided to wreck her life and her health by orchestrating a deliberate smear campaign that ultimately led to her death. On 27 April 1970 a letter was sent from the FBI’s Racial Intelligence Section to the Bureau’s Director J. Edgar Hoover, requesting permission to arrange for Miss Seberg to be attacked on a personal basis and in print. Why? Because  in the late sixties she had provided financial support to a number of groups, in particular the National Association for the Advancement of Colored People (NAACP) and the Black Panther Party. Her name had appeared on a list of celebrities who contributed to the Black Panthers, her contribution being estimated at around $10,500. She also supported a Native American school group called the Meskawi Bucks, happily outlaying $500 for children’s basketball uniforms. But it was her connection to the Black Panthers that caused her to be targeted by the FBI. The Bureau’s accusation (completely unfounded) named Black Panther leader Raymond Hewt as the father of her unborn baby girl. Below are the two letters, one from an FBI agent to Director J. Edgar Hoover, the other Hoover’s response:

J. Edgar Hoover
‘Bureau permission is requested to publicize the pregnancy of Jean Seberg, well-known movie actress, by (name deleted) Black Panther (BPP) (deleted) by advising Hollywood ‘Gossip Columnists’ in the Los Angeles area of the situation. It is felt that the possible publication of Seberg’s plight could cause her embarrassment and serve to cheapen her image with the general public. It is proposed that the following letter from a fictitious person be sent to local columnists:
‘I was just thinking about you and remembered I still owe you a favor. So, —– I was in Paris last week and ran into Jean Seberg, who was heavy with baby. I thought she and Romaine (sic) had gotten together again, but she confided the child belonged to (deleted) of the Black Panthers, one (deleted). The dear girl is getting around! Anyway, I thought you might get a scoop on the others. Be good and I’ll see you soon.’
Love,
‘Sol.,
“Usual precautions would be taken by the Los Angeles Division to preclude identification of the Bureau as the source of the letter if approval is given.”
A transcript of the Director’s letter of approval, dated 5/6/70:
‘Reairtel requests Bureau authority to forward a letter from a fictitious person to Hollywood, California, gossip columnists to publicize the pregnancy of Jean Seberg, well-known white movie actress, by (deleted) BPP (deleted), to possibly cause her embarrassment and tarnish her image with the general public. Information from (deleted) indicated that Seberg was four months pregnant by (deleted). To protect the sensitive source of information from possible compromise and to insure the success of your plan, Bureau feels it would be better to wait approximately two additional months until Seberg’s pregnancy would be obvious to everyone. If deemed warranted, submit your recommendation at that time.’
1 – San Francisco
JFM: drl
(5)
NOTE:
Jean Seberg has been a financial supporter of the BPP and should be neutralized. Her current pregnancy by (deleted) while still married affords an opportunity for such effort. The plan suggested by Los Angeles appears to have merit except for the timing since the sensitive source might be compromised if implemented prematurely. A copy is designated to San Francisco since its sensitive source coverage is involved.
May 8 1970.

Enter gossip columnist Joyce Haber. In 1968 the Los Angeles Times named her as successor to Hedda Hopper who had shuffled off this mortal coil in 1966. Haber was a propagandist, an acid-tongued, poor man’s version of Hopper. A child of the industry, she had once appeared in three ‘Our Gang’ features when she was a six year old. Soon after the FBI ‘go ahead’, she published the fictional story about Seberg and put in motion the events that would lead to the actress’s suicide in 1979. Referring to the actress as ‘Miss A’, but clearly identifying her as the blonde star of a big musical movie (which was, of course, Paint Your Wagon), Haber wrote of Jean’s pregnancy adding, ‘Papa’s said to be a rather prominent Black Panther.’ Three weeks later Newsweek openly named Jean as the expectant mother. The next morning she went into premature labor and the baby (a girl) died three days later. Jean and her husband, novelist and former French diplomat Romain Gary, sued Newsweek and won an out of court settlement. Haber meanwhile refused to acknowledge any awareness of an FBI involvement, saying she was tipped off about Seberg and the un-named Black Panther by an editor she chose not to identify. Back in her hometown of Marshalltown, Iowa, a shattered Jean held a funeral for her baby. An open casket showed reporters the dead girl’s white skin, dispelling the ‘Black Panther father’ slur once and for all. Years later Gary would state that the child was, in fact, fathered by a student revolutionary named Carlos Navarro, a young man with whom Jean had a brief affair during a bumpy segment of the marriage. 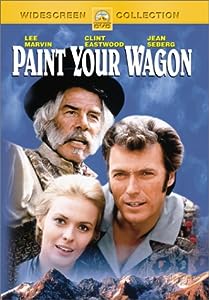 Throughout the seventies she continued to be hounded by the FBI. Her home was broken into several times and she was ‘stalked’ by agents wherever she went. The Bureau’s own files admit she was wiretapped on a permanent basis wherever she and Gary happened to live. After her death the Los Angeles Times published logs of her Swiss wire-tapped phone calls. FBI records also show that J Edgar Hoover regularly kept President Richard Nixon and his cronies informed about her and the Bureau’s ongoing persecution program. Gary said that his wife tried to kill herself each year on the anniversary of their daughter’s death. She had become dangerously unstable. He was certain their baby’s death, the Haber story, and the endless harassment had unhinged her and made her psychotic. In July 1979 she was restrained as she attempted suicide by jumping in front of a Paris train. Yet it seemed to be only a matter of time. A month later she died alone. Nine days after she went missing Jean Seberg’s decomposing corpse was found, wrapped in a blanket in the back seat of her Renault, not far from her Paris apartment. An empty bottle of barbiturates and a suicide note accompanied her remains. The note was to her son. It read: ‘Forgive me. I can no longer live with my nerves.’

Jean in happier times
Six days after her body was discovered the FBI released a statement admitting the Bureau’s defamation of the dead actress, simultaneously distancing itself from the practices of the Hoover era. He had died in 1972. The Freedom of Information Act gave them little choice. The incriminating letters were now public. Few believed the Bureau had mended its ways, anyway, convinced that those practices simply fell under the banner of ‘investigation’ these days. In December 1980 Romain Gary also took his own life.
Jean died at the age of 40, just a decade after starring in the movie version of the musical Paint Your Wagon alongside Lee Marvin and Clint Eastwood. She and Eastwood were said to have had a brief romance while the picture was being shot. Maybe, maybe not. If she was alive today she would be 76, not quite as old as Clint who has hit 85 and is still going strong. Jean Seberg was beautiful, talented and smart, with the world at her feet, yet it all came to nothing in the end. One wonders if Hoover, Haber, Newsweek, or any of the Bureau agents connected with her troubled demise ever felt a shred of guilt over it. My guess? Probably not.