Fitzgerald got his Oscar for virtually being himself. In fact, all his movie roles were very similar. In this picture he played an Irish priest, Father Fitzgibbon. Even the name was similar to his own. He made 50 movies and played an Irishman in every one of them. Indeed, his accent was too broad to play anyone else. In The Quiet Man (1952) his real-life brother Arthur Shields joined him in the cast. 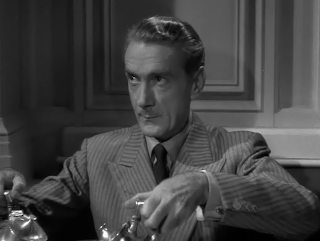 My choice?      Clifton Webb in Laura

There were two old actors who could play acid-tongued intellectuals very convincingly indeed. One was George Sanders, the other Clifton Webb. The role of columnist Waldo Lydecker in Laura was made for him and he should have won the Best Supporting Academy Award for playing it. Griffith played Sheik Ilderim in Ben-Hur. For reasons known only to the voters this was enough to earn him the Oscar. It seems that everybody involved with the picture picked up a statuette, the only exceptions being Stephen Boyd and the guy who sold ice-creams on the set. I am trying to visualize something that might have secured victory for Griffith, but nothing is coming. My choice?  George C, Scott in Anatomy of a Murder

Scott is scintillating as the Assistant State Attorney in this courtroom drama, much as he would be in several classy performances throughout his career. If losing to Griffith bugged him (and I imagine it did), then his disappointment was only going to escalate in two years’ time.

Chakiris was a dancer, by all accounts a silky and explosive one. If you look closely at Marilyn Monroe’s ‘Diamonds are a Girl’s Best Friend’ number in Gentlemen Prefer Blondes (1953), you will see him as one of the tuxedo-clad chorus guys. Then, out of the blue, he snags a Supporting Oscar for West Side Story. It had to be for his dancing. George’s final film role was in 1990 as a vampire in a ‘schlocker’ called Pale Blood. He now designs silver jewellery for a living.

My Choice?     George C. Scott in The Hustler

It would be fair to say that the easily excitable George lost interest in the Academy Awards altogether when Chakiris danced off with the Oscar he must surely have thought was his this year. At least in 1959 he had lost to an actor. Anyway, it seems he stewed over this for almost a decade, the result being that in 1970, when he finally won for Patton, he politely told the Academy to ‘shove it’. It is worth noting, however, that he did not reject the nomination for Patton, but waited until after he had won to make his protest. Anyway, his masterly playing of Bert Gordon in The Hustler should have easily won in ’61.

John Mills’ career was studded with excellent performances, none of which earned him an Oscar. He had very little to do in Ryan’s Daughter, given that he was a deaf mute imbecile buried under a ton of make-up, yet the Academy members picked this picture to honour him. It reeked of ‘lifetime achievement award’ to me. 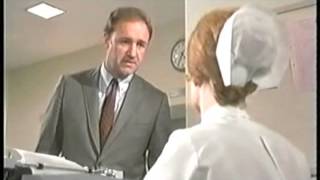 My choice?      Gene Hackman in I Never Sang For My Father

The consummate professional, Hackman delivers a wonderfully moving portrayal here and deserved recognition for it. I would love to be a fly on the wall in the Hackman home next morning at breakfast. I wonder what the conversation would have been about. 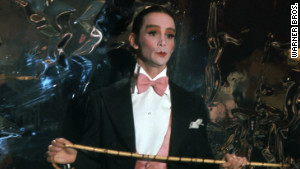 Joel Grey won his Oscar for portraying the bisexual emcee at Berlin’s decadent Kit Kat Club in pre-Hitler days. Given that Joel later came out as a gay man, this was no great stretch for him, but the picture won just about everything except Best Picture (that rightfully went to The Godfather), and Grey picked up awards across the board for a role he had perfected long ago on the stage. He was very good, but I happen to think there was a better performance that year. My choice?      Al Pacino in The Godfather

Big Al should not have even been in the Supporting Actor category this year, but once there he should have bolted in. No doubt James Caan and Robert Duvall took votes from him. Just one of many ‘dud’ results in Oscar history.

Ameche’s portrayal of Arthur Selwyn was ‘nice’, but hardly memorable. He had been around for an eternity, however, so maybe the members (especially the oldies) felt it would be a fitting way to wind up his career. The guy was a true gentleman, incidentally. Very popular. He swore in a movie only once, when he was required to use the word ‘fuck’ in the final scene. He most reluctantly agreed to do the scene, but on the condition there would be a single take only. If he had to say that word he was only going to say it once, 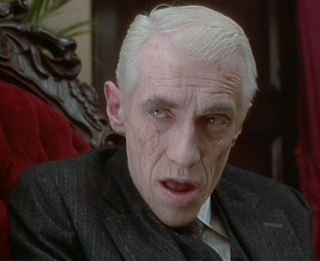 The movie was terrific and Hickey’s Don Corrado Prizzi was simply marvellous. What a voice that guy had. Every line he spoke dripped with venom, guile, malevolence or sinister implication. How could he not win? He was just 57 years old when he played the 72 year-old Don, but he looked about 90! Caine was absent from the Academy Awards when he won for this, another Woody Allen film. He was on location making Jaws – the Revenge, a picture that was about as far removed from Oscar action as Pluto is from Earth. Once again, Caine was ‘serviceable’ in Allen’s film, but one wonders how many voters acknowledged Woody and not Michael. My choice?      Tom Berenger in Platoon

Having Willem Dafoe (his co-star in Platoon) to contend with might have cost Berenger here. Both men were fabulous, but I thought Berenger’s Sergeant Barnes was so powerful and convincing that winning the Supporting Oscar would be nothing more than a formality. Wrong again. Oh, well. 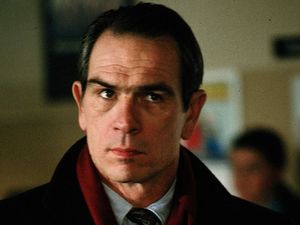 I am a true Tommy Lee Jones fan, and I enjoyed his performance in this picture, as I do most of his roles. But he should not have won the Academy Award. Not this year. Why? Because he was up against what I believe is the most chilling, awesome characterization in the history of the movies. 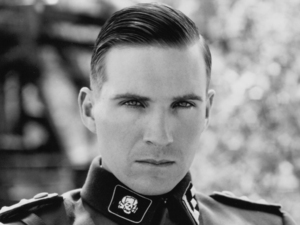 Every once in a while you watch a movie and experience something exceptional. Ralph Fiennes portrayal of the sadistic psychopath, Nazi Amon Goeth, is one of those rarities. In my opinion, there has never been a scarier individual put on celluloid. Even real life survivors were visibly shaken on meeting Fiennes in costume during the making of this fine film. If you ever have difficulty in convincing someone of the evil mentality of the SS, just ask them to watch Fiennes in this. He is Goeth.

It is odd how some years produce a string of wonderful performances, while other years are devoid of them altogether. The years 1939 and 1950 spring to mind, but so, too, does 1993, at least in the Best Supporting Actor category. Along with the two actors discussed above there were also three more top nominations: Leo DiCaprio for What’s Eating Gilbert Grape, John Malkovich for In the Line of Fire, and Pete Postlethwaite for In the Name of the Father. Any one of the five might have won in another year. 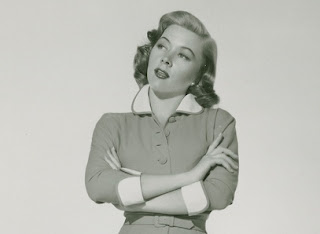 I have never seen Gloria Grahame play anyone but Gloria Grahame in a movie, the singular exception being her comic turn in Oklahoma! For some reason the critics generally gave her good reviews no matter what she did. In my opinion, this was just another so-so Grahame effort. She possessed a kind pout (or was it a sneer?) that gave her a ‘tarty’ look, and she used to full advantage. 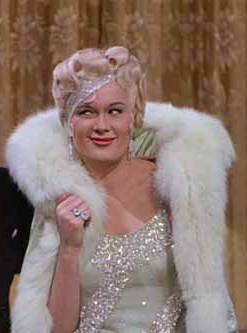 My Choice?     Jean Hagen in Singin’ in the Rain

Jean Hagen was a class act. In real life she spoke nothing like she does in Singin’ in the Rain as the ditzy Lina Lamont. Her performance here greatly contributed to the popularity of this tremendous musical comedy. Everyone (with the exception of the Academy voters it seems) considered her an absolute certainty to win this year. Yet another Oscar travesty.

Whenever I see Dorothy Malone in a movie I wonder how the Hell she even got the part. The lady just could not act. So, of course, she picked up an Oscar. Admittedly, this was not a strong year.

My choice?      Mercedes McCambridge in Giant

As I said, this was a pretty weak year for Supporting Actresses and McCambridge would probably not have won for her Giant performance in most other years. She was always a strong actress and, in fact, won a Best Supporting Actress gong for her debut in All the King’s Men back in 1950.

So there we have them. I am quite sure that if you sat down and worked out your own list of ‘Oscar Thieves’ it would probably look nothing like mine, but that is what makes the movies so interesting. Apart from the entertainment and titillation they provide, they give us food for thought and, consequently, topics for debate and conjecture.