Throughout the seventies and eighties Richard Dreyfuss had an immense drug problem. Just four years after winning the 1977 Best Actor Oscar for The Goodbye Girl he made a movie called Whose Life Is It Anyway? The damage his drug-taking inflicted on his memory was such that, even today, he has no recollection whatsoever of making that picture. His cocaine abuse led to him having a blackout while driving his car in 1982 and crashing it into a tree. While recuperating in hospital he consciously chose to swear off drugs for good. It is now known that he has suffered from bipolar disorder and has been using lithium since the 1970s, which may have contributed to his well-documented feuds with Robert Shaw on Jaws and Bill Murray on the set of What About Bob? Al Pacino has never married, but has three children; one by his acting coach Jan Tarrant, and twins with actress Beverly D’Angelo while they were together between 1996 and 2003. He also had relationships with Tuesday Weld, Jill Clayburgh, Kathleen Quinlan, Marthe Keller and Lyndall Hobbs. As unlikely as it might sound, his grandparents on his mother’s side hailed from the Sicilian town of Corleone. Pacino, of course, played Michael Corleone in The Godfather (1972) Movie-goers will always remember John Cazale for his portrayal of Michael Corleone’s weak-minded brother Fredo in The Godfather and The Godfather Pt II. In 1976 he met a young Meryl Streep and they lived together until he died from lung cancer two years later. He was making The Deerhunter at the time of his death, his scenes being shot just in time, for he passed away before the picture’s completion. He only made five feature films, yet all five were nominated for Best Picture – The Godfather, The Conversation, The Godfather Pt II, Dog Day Afternoon and The Deerhunter. A unique record and, by all accounts, a unique actor too.

One of the most prolific (and best) character actors in Hollywood during the studio system and beyond, Strother Martin was introduced to acting via a stint at San Simeon teaching William Randolph Hearst’s mistress, actress Marion Davies, how to swim. In 1936, at the age of 17, he won the National Junior Springboard Division Diving Championship. Twelve years later he narrowly missed US selection for the 1948 Olympics. After giving Charlie Chaplin’s children swimming lessons he began to get work as a ‘swimming extra’ in Tinsel Town. Those who do not recognize his name might recall his famous line in 1967’s Cool Hand Luke: ‘What we have here is a failure to communicate.’ I don’t think he ever gave a dull performance.

If you watch the Cecil B. DeMille 1956 blockbuster The Ten Commandments, look for the unknown Clint Walker playing a Sardinian Captain of the Guard. He would soon star in the first hour-long TV western ‘Cheyenne’, which lasted seven seasons at Warner Bros. It was while he was working as a security officer at the Sands Hotel in Las Vegas that he met Henry Wilcoxen who introduced him to DeMille and got his acting career underway. For a while he worked as an undercover detective in Long Beach, although his 6’6” frame seems scarcely suited to making himself inconspicuous. In May 2015 he celebrated his 88th birthday! I suddenly feel very old. Rory Calhoun with MM in

The star of 80 movies, mostly westerns, and over 1,000 TV episodes, 6’4” Rory Calhoun made the most of a life that began badly, especially in his teenage years. At 13 he ditched school, stole a revolver, and landed in reform school. He escaped from there, robbed several jewelry stores, stole a car, and drove it across state lines, thereby making it a federal offence. As a result, he spent three years in Springfield Federal Penitentiary, before being sent to San Quentin where he was eventually paroled before his 21st birthday. All this information was given to Confidential Magazine by his agent Henry Willson in exchange for not printing an expose on Rock Hudson’s homosexuality. Rock was another of Willson’s clients. If anything, Rory’s rocky past enhanced his tough guy image, so the story had no lasting impact on his career. A notorious womanizer, he scoffed at his wife’s claims that he was unfaithful to her with 79 women, whom she named in their divorce hearing. ‘Heck, she didn’t even include half of them!’ he responded. 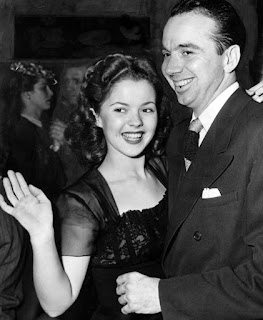 Tab Hunter was just one of agent Henry Willson’s large stable of young stars during the 1950s. Willson loved inventing unusual names for his charges. He mostly recruited (for both professional and personal reasons) from gay bars in Hollywood, but he also discovered Rhonda Fleming and named Lana Turner. Eventually, his client list began to dwindle, mainly because any actor in his stable was considered (often incorrectly) to be gay and getting serviced by Henry. Some were, of course, but not everybody. It was Willson who urged Rock Hudson to marry Phyllis Gates (she was Henry’s secretary), to quash the rumours about Rock’s sexuality. Below are some of his discoveries, their original names followed by the stage names he created.

The school came into being in March 1936 and has produced an impressive number of actors and actresses who have gone on to fame and fortune. Here are a few of its alumni from the field of entertainment: 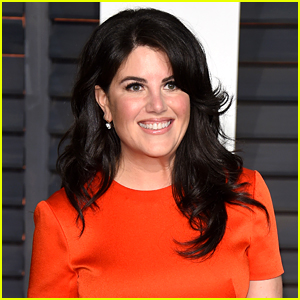