Thomas Ince was a director of silent movies, in particular westerns. In fact, he was known as ‘the father of the western’, a man who produced and directed over 100 features up until his mysterious death in 1924, just three days after his 42nd birthday. The mystery revolves around the inconsistencies surrounding the ‘official’ cause of death, and what probably took place off the Californian coast aboard newspaper magnate William Randolph Hearst’s luxury yacht Oneida (above) on the night of Sunday 16 November 1924.

Hearst arranged for a weekend cruise, beginning in San Pedro on the Saturday, and invited several guests to join him and his mistress, actress Marion Davies. Just who was aboard that fateful weekend is still open to conjecture because of the lies spouted down the years by most of those involved, but it is generally agreed by historians that the following individuals were definitely present: 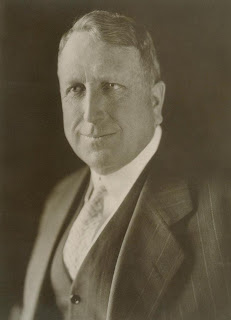 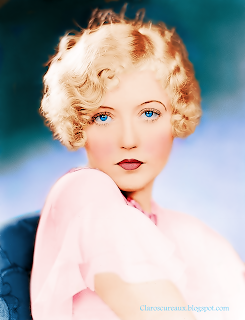 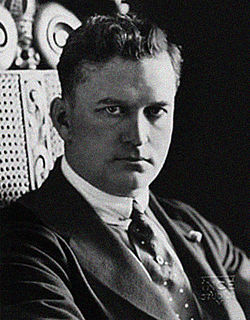 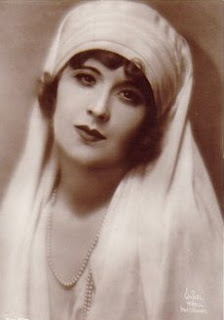 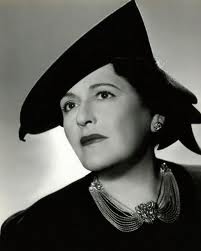 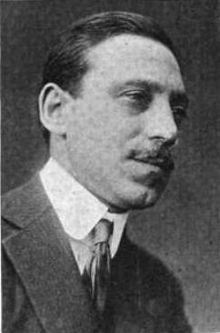 As for the other guests, well, every list differs. Among the names bandied about, however, were author Elinor Glyn, actresses Aileen Pringle, Jacqueline Logan, Julanne Johnston and Seena Owen, and choreographer Theodore Kosloff. Some of these people may have been invited, perhaps all of them, but nobody seems overly sure either way. 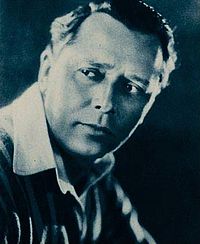 The ‘official’ version of what happened on that weekend goes like this:

Thomas Ince developed severe indigestion on Sunday afternoon after consuming salted almonds and alcohol. Prohibition, incidentally, was in full swing in 1924, but no-one had the courage to question Hearst over the consumption of alcohol aboard his vessel. In fact, as we shall see, no-one had the courage to question him about anything that took place aboard the Oneida that weekend. 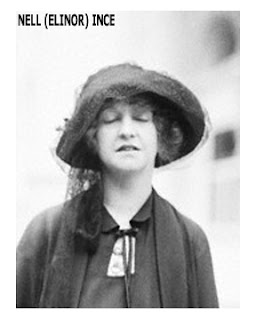 Hearst’s friend Dr Goodman accompanied the stricken man off the yacht, onto a train, and as far as Del Mar. When Ince became too ill to continue, the two men registered at a hotel where Goodman phoned Elinor Ince, and asked her to come quickly as her husband was gravely ill. A doctor was also called and the sick man was then transported back to his home in Benedict Canyon. His condition worsened, and in the early hours of Wednesday 19 November he passed away. His personal physician, Dr Glasgow, signed the death certificate, stating as cause of death, ‘heart failure brought on by indigestion and ulcers’. Two days later, on the Friday, Thomas Ince’s funeral took place and he was cremated immediately after the ceremony. Two policemen were sent to the mortuary (according to the official report), to examine the body for gunshot wounds. They stated later that they turned it over in the casket and could find no signs of violence. Were they paid off to say this? Did studio make-up experts disguise the wound and deceive them? Or were they telling the truth?

The official explanation for Ince’s demise sounds quite plausible on the surface, (even the bit about indigestion turning into a fatal heart attack, I suppose), but suddenly questions began to pop up everywhere. On Wednesday the 19th of November (the day he died)), the morning edition of the Los Angeles Times (a non-Hearst paper), posted the following headline:

Then, inexplicably, the afternoon edition pulled the headline, as well as the description of Ince’s injuries. It is generally believed that Hearst brought pressure to bear on the editor, especially in light of the headline that appeared in Hearst’s own papers that same day:

The obvious intention of this headline was to claim that Ince had taken ill at Hearst’s ‘ranch’, San Simeon, that Sunday, yet that simply could not be. The man had literally missed the boat at San Pedro on the Saturday, so had taken the train and met the Oneida at San Diego on Sunday morning. Everybody and his dog knew he was nowhere near San Simeon that day. He was on board Hearst’s yacht. The question remains, therefore: Why would Hearst lie about this if his friend died of natural causes?

Realizing that far too many witnesses observed Ince boarding his yacht on the Sunday, Hearst quickly retracted the San Simeon fairy tale and went with the ‘indigestion to heart failure’ one instead. By then, however, a Japanese gentleman named Toraichi Kono, Chaplin’s driver, had told his wife (and others) that he had observed Ince being taken to an ambulance at dockside on the Sunday. Kono had just arrived to collect Charlie, and was adamant that Ince’s head was ‘bleeding from a bullet wound’. His story spread like wildfire, so much so that San Diego District Attorney Chester Kempley had no option but to investigate the matter, just to satisfy public opinion.

His ‘investigation’ was, to put it bluntly, farcical. He questioned Dr Goodman – and nobody else. Nobody. Not surprisingly, after hearing Goodman’s tale, he arrived at the following verdict: ‘Heart failure as the result of an attack of indigestion…no reason why an investigation should be made.’ Brilliant. The man did not even speak to Kono, the witness whose observations had led to the public outcry!

There have been three scenarios (other than the official one) tossed about regarding Ince’s fate.  One suggests that Chaplin and Hearst got into a heated argument, a shot was fired by the latter, it exited a porthole and hit poor Ince in the head as he strolled along the deck. The second argued that Ince tried to stop the fight and managed to stop a bullet instead, one fired from Hearst’s gun. Either story may be true, but I will focus only on the third option, the most popularly accepted version of events. One point all three stories have in common is a rather telling one. In each one Hearst fired the shot. Nobody else. Whether or not this is what really happened will probably never be known, but adding together numerous bits and pieces, we can arrive at a possible explanation. Perhaps, if Hearst (and others, as we shall see) had not kept telling lies about that cruise, it might have all gone quietly away, but it seems the great man may have panicked and not thought his story through properly.

It is probably best to pose a few questions, and let you, the reader, draw your own conclusions. First, why would Hearst invite Chaplin on the cruise, given that just a week earlier a rival paper had publicly declared that Charlie and Marion Davies were conducting a very hot affair right under his nose? Was it to enable him to observe them together, in order to detect any truth to the story? Quite possible. I should point out that nobody has ever suggested that he lured Charlie on board with the intention of killing him. Whatever happened, it appears to not have been planned beforehand.

Could it be true that the extremely jealous, 60 year-old Hearst saw his young mistress and Chaplin sitting below deck, talking quietly, lost his temper, and raced back to his cabin to collect his diamond-studded revolver? And is it possible that while he was away, Chaplin decided to return to his own cabin, inadvertently leaving his hat behind; that Ince had then seen Marion sitting alone and had joined her for a chat, during which he jokingly picked up Charlie’s hat and put it on? And is it not conceivable that Hearst mistook Ince for Chaplin and fired a bullet into the back of his head? After all, the two men were not dissimilar in appearance. This, then, is the story that most Hollywood aficionados believe to be true.

Hearst was stricken with guilt and grief, but immediately took steps to cover up his crime. When you are one of the richest, most powerful men in the world that is not an overly difficult thing to accomplish. Did he then swear everyone aboard to secrecy, accompanied by some very large money incentives? Why did Louella Parsons step onto his yacht, a nobody columnist in a small paper, who had just happened to gain his attention by writing a flattering article about his girlfriend Marion; yet walk off the vessel two days later with a lifetime contract syndicating her column (now with the prestigious Los Angeles Examiner), to no fewer than six hundred Hearst newspapers around the world?

And why did Marion tell the press that Ince’s wife had called her on the Monday, telling her that Thomas had just died, when there is no doubt, whatsoever, that he died two days after that on Wednesday? Did she get her story wrong, or was it just an honest mistake? Why did she not refute the statement that Ince was at San Simeon that weekend, given that the picture below was published, and shows her greeting him from the deck of the Oneida. She was preparing to celebrate his birthday on board that afternoon, hence the balloons.

Why did Chaplin vow he was not even on board the Oneida that weekend? And why did he say that he, Hearst, and Marion visited the gravely ill Ince at his home a week later, and that the man died two weeks later still, when a hundred people saw Chaplin at the funeral on Friday the 21st? Did Chaplin also get his dates so mixed up?

Why did Louella Parsons insist she was not even in California at all that weekend, but back in New York City at the time? Witnesses saw her with Marion at the studio on the Saturday? Marion’s stand-in, Vera Burnett, spoke to them prior to their leaving the studio to board the yacht. Why would she lie about that?

Marion, Charlie, the widow Ince, the dead man’s brothers and his sons attended the funeral. Given he supposedly became ill as Hearst’s guest, and given that Ince and Hearst had been good friends, why was WRH absent from the funeral?

Elinor (Nell) Ince was a rich woman when Thomas exited this world. She immediately went back to his studio and ran things for a year or so, before taking her boys for a well-earned holiday in Europe. A few years later she sold the Benedict Canyon home to Carl Laemmle for the enormous sum (for 1927) of $650,000. Laemmle’s people immediately discovered secret passageways in the attic that had enabled Ince to spy on his guests in their bedrooms and bathrooms. It would seem the dead man was yet another Hollywood executive sleaze ball.

Elinor then had two groups of luxury apartments built; one called Villa Carlotta, the other named Chateau Elysee, and rented them out to Hollywood celebrities such as Bette Davis, Carole Lombard, Clark Gable and George Burns. One of her first long-term residents was none other than the suddenly affluent Louella Parsons. Some say Hearst helped finance the constructions, but there is no real evidence of that. In 1942 she sold Chateau Elysee and in 1953 she sold the other group as well, both for huge profits. She was 69 years old by then and a very rich woman. She died, still rich, at 86. Did she know what happened to her husband? Absolutely. Was he shot or died of natural causes? She had to know, yet she remained tight-lipped about the whole affair until the day she died. Friends of Hearst said that throughout the remainder of his life, if you wanted to see him turn ghostly white, you only had to mention the name of Thomas Ince. Few did.