Irene Selznick, the wife of producer David O, once described Paul Bern as ‘the single most beloved person in Hollywood’. He was a writer at MGM, 45 years old, short and bald, yet his new wife, Jean Harlow, clearly seemed to be in love with him. It was probably not a ‘match made in heaven’, but there seemed to be considerable trust and real friendship between them, qualities not overly abundant in most unions within the fledgling movie industry. Their wedding (above) was big news throughout the world in 1932.

Paul was smitten with the gorgeous Barbara La Marr at one time, and when she rejected him he tried to drown himself in a toilet. Later, when he fell in love with Harlow, MGM employees could scarcely believe it when the gregarious ‘Platinum Blonde’ announced their intention to marry. The affection, however, seemed mutual and genuine, Harlow confiding in friends that Bern was kind to her, something of a rarity among her men friends.

He was also Irving Thalberg’s best friend. As second in command at MGM, Thalberg was a busy man with little time for friendships, but he found some for Bern because he was a genuinely nice guy, loyal and dependable.  Best friend aside, however, when push came to shove, the powers at MGM had little hesitation in tarnishing the man’s memory forever. Why? To save their money-making star, Harlow, from a scandal that could ruin her career. But I will get to that shortly. 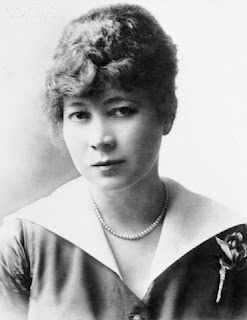 Back in 1911, Bern had met Dorothy Millette. They lived together for ten years until she suffered a nervous breakdown and was committed to a sanatorium. He sent monthly checks for the next ten years supporting her. Never missed a single payment; he was that kind of guy. It was a matter of principle. Besides, he cared about her. By 1932, however, Dorothy was out and living alone. She read of her common law husband marrying Harlow and must have decided to pay him a visit, for what reason we will probably never know. 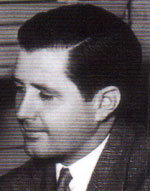 On the morning of 5 September 1932, Harlow’s mother rang Howard Strickling, MGM’s head of publicity, ‘Something had happened at Jean’s home off Benedict Canyon Drive’, she told him. Paul Bern was dead and a potential scandal was in the offing. Strickling and Eddie Mannix were MGM’s ‘fixers’, their job being to attend to issues that might damage the studio (or its stars) and cost money or careers – or both.  They, along with Thalberg, MGM police chief Whitey Hendry, and a photographer named Virgil Apger met at the Bern home. By the time producer Sam Marx got there (just after 9am), MGM boss Louis B Mayer had already been and gone. Nobody had yet called the police, nor would they until a ‘story’ had been concocted.

Harlow’s husband of just two months was lying naked and bloody on the floor outside his bathroom. There was a pool of blood and a bullet wound in his head. Blood and brains were spattered on the ceiling above his body. The group found a woman’s bathing costume near the pool. It was definitely not Jean’s size. Bern’s bathing suit was on the shower floor where he had tossed it before preparing to shower. It appears that someone (probably a woman) had followed him upstairs and shot him in the head. Two empty glasses, one with lipstick on the rim, were found near the pool. There was no gun anywhere in the room, so he clearly had not killed himself. After speaking to staff, it was learned that his ‘common-law’ wife had shown up, she and Bern sat next to the pool talking, even took a swim, but then there were raised voices. Soon afterwards there was a shot.

Mayer and his cronies had a serious problem here. A story had to be concocted that did not include Jean or a second wife. Not easy. Strickling at once suggested suicide. No bigamy, no common-law wife; sympathy for the grieving widow. Meanwhile, Mayer had been leafing through the guest book, reading messages and poems from many famous people who had visited the premises over the years. He came across a note on page 13, unsigned, clearly not written by the erudite Bern, but vague enough in its composition to suggest a possible motive for suicide. It read:

Unfortuately (sic) this is the only way to make good the frightful wrong I have done you and wipe out my abject humiliation. I love you.

You understand that last night was ‘Only a comedy (sic) 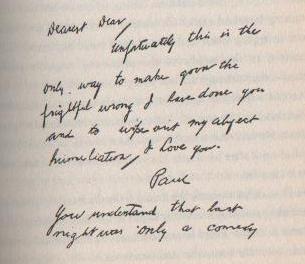 Bern would never have written anything so shabby – miss-spelling ‘fortunately’ and not closing the parenthesis on the final phrase. He was, after all, an accomplished screenwriter. Even so, this page torn from the guest book would be planted in the bedroom as a suicide note, the first step in creating a scenario aimed at diverting attention away from Harlow. The next steps would be aimed at building an image of the dead man as some kind of woefully under-endowed wife-beater, incapable of satisfying his love goddess wife, a man utterly depressed over his inability to make love without a strap-on dildo. None of this was true. An exercise in character assassination began that Thalberg, for one, was opposed to, but accepted nevertheless.

A gun was placed in the dead man’s hand. We know it was not there when the body was found because, in 1990, a photograph taken of his body by photographer Apger surfaced, and Bern’s hands were clearly empty. After placing the gun and turning the body to face the room, and after removing the glasses and swimsuit from the pool area, the fixers finally called the police. It was two-thirty in the afternoon!

For the record, an LA County District Attorney named William B. McKesson opened an inquiry into Bern’s death in 1960, but arrived at the original suicide verdict. He was especially scathing of screenwriter Ben Hecht, who had proposed there had been a cover-up back in 1932. One wonders how the DA would have ruled thirty years later when the Apger photograph of Bern’s empty hands appeared. Whether anyone believes or disbelieves in the cover-up scenario, the question of a gun later appearing in the dead man’s hand must surely raise the odd question or two. 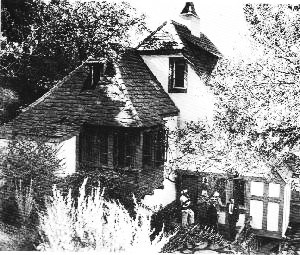 Harlow was instructed to say that she was at her mother’s place all night because she had an early ‘call’ on the set. If police had checked they would have discovered that there was no filming that morning, it was a holiday, but they did not think of it. The character assassination of Paul Bern was a carefully planned operation. Jean’s absence from the death scene was of paramount importance, if for no other reason than to negate any close questioning of her by police and reporters.

A dozen MGM employees were instructed to ‘recall’ little deviant stories about the dead man, all of them written by Strickling and memorized by each employee. Actress Colleen Moore lied and said Harlow had shown her bruises inflicted on her back by Bern on their wedding night. Several employees said he was sadomasochistic. Jean’s maid even said that Bern told her after his wedding night that his wife was ‘still a virgin’, a ludicrous statement about a woman who had undergone several abortions. Besides, why would he confide such intimate details to her maid anyway? As for Jean’s ‘virginity’, well, that was truly a distant memory. She was many things, but an innocent in the ways of the flesh was certainly not one of them. For instance, former boyfriend, gangster ‘Longie’ Zwillman, was known to have obtained from Jean samples of her pubic hair, had them inserted in lockets, and then given them away as gifts to several of his mob pals! Bern, like everyone else at MGM, knew of her past and of her promiscuity. For him to tell her maid she was ‘still a virgin’ because he had been unable to perform on their wedding night was bordering on idiotic, but it helped bolster the public impression of Harlow as an innocent victim in all this. Nothing was left to chance when it came to besmirching poor Bern’s name. For good measure, Strickling told the press that he was gay. The studio doctor declared him to be depressed over the lack of marital sex in his marriage. To her credit, Harlow flatly refused to slur his name, but no-one was asking her opinion anyway. The autopsy report was ‘adjusted’ and it was quickly ‘leaked’ to the media that Bern possessed a miniscule penis that could not possibly service anyone satisfactorily, least of all the movies’ number one sex goddess.

A slight hiccup in their plans happened when Bern’s brother suddenly turned up and became highly vocal in his criticism of the tales being splashed around about his dead sibling. But after a single meeting with Strickling he never spoke up again. Money or threats were probably involved. Maybe both. Also, neighbours advised the police of a ‘mystery car’ that drove away after the shooting, but this was never investigated.

The only possible ‘fly in the ointment’ was Dorothy Millette, the presumed killer herself. If she was captured and questioned, everything they had arranged would be lost. It was, therefore, most fortunate for all concerned that her lifeless body was fished out of the Sacramento River after she, apparently, leapt from the Delta King steamboat the day after Bern’s death. The press remained unaware of her true identity or her connection to Bern and Harlow. Further down the track, DA Buron Fitts got together all the evidence on Dorothy Millette and sat on it until his death in 1973. At a considerable price, of course. Among the evidence accumulated by Fitts was testimony that Millette had phoned MGM several times prior to Bern’s death, each time demanding to speak to her ‘husband’. In the hope that Bern could calm her down, MGM even arranged transport for her to visit him. Unbelievably, when his estate was probated, the studio actually claimed for the cost of the limousine that took her to and from his home that evening!

The final insult to Paul Bern came at his bizarre funeral. The priest, an ambitious man, had devised a pulley system that slowly raised the deceased’s coffin to an almost vertical position at the completion of the service. Then the lid would slide down, to around chest height, to reveal the occupant for one last time to his gathered friends. Suddenly, without warning, the gathering was  appalled to see his dead face staring at them from just a few metres away. Harlow and Thalberg burst into tears. Gable bolted out the door, and John Gilbert instantly vomited on the floor.

Less than five years later Harlow was dead at 26. If not for his mysterious death, Paul Bern’s name would be long forgotten. Sadly for him, if he is to be remembered at all, it will probably be as an impotent brute who beat his wife and took his own life because he wasn’t man enough for her. In reality, he was a decent man who did not deserve such a legacy. Unfortunately, back then, the powers at MGM had little interest in anything other than making money. His reputation and memory were expendable.