I have so far found a total of twenty movie actors who have perished in motor vehicle related accidents. Here are the second group of ten. Next, I shall look at ‘accidental death in fires’. Sammi only made one movie, the remake of Bad News Bears, the kid’s baseball pic, in 2005. She was selected, not only because of her looks and acting ability, but because she was also a star baseballer with a fast ball clocked at 70mph. She also played basketball, tennis, volleyball and soccer, taught herself to surf and play guitar, and was on her school swim team. ‘I love acting’, she said, ‘but my real long-term goal is to compete in the Olympics’. Tragically, none of her promise or wishes will come to fruition. In 2012, Sammi was a passenger in a car that was rear-ended. She died from her injuries in Cedars-Sinai Hospital that evening. Belinda was an English beauty from Devon, a green-eyed blonde, all but forgotten today. Back in the 1950s and early 60s she appeared in 33 movies, usually as some kind of sex kitten, although she tried hard to break away from that image but without success. Her torrid love life led her to Las Vegas in 1961 where she was a passenger in a vehicle that was speeding when the driver lost control and it flipped over. The other three occupants suffered only minor injuries, but Belinda was thrown from the vehicle and died from a broken neck. She was just 25.

Although Llewelyn appeared in over 100 TV spots and movies during his career, he will always be remembered for playing the gadget man ‘Q’ in the James Bond films. In fact, he did so in seventeen Bond pictures, beginning with From Russia With Love in 1963. Oddly enough, his total screen time over those seventeen movies added up to less than 30 minutes. His last one, The World Is Not Enough, had just been released when he was killed in a head-on collision while returning home from a book signing. None of the actors who played Bond through all those years attended his funeral, although in fairness to them, most had commitments elsewhere.

A former stuntman and Marine fighter pilot/instructor, Mahoney got into acting after WW2, mostly in westerns, before landing the part of Tarzan in two features in the early 1960s, Tarzan Goes to India and Tarzan’s Three Challenges. His final film was titled (ironically) The End, and starred his real-life step-daughter Sally Field and her then boyfriend Burt Reynolds. Hospitalized after a car accident, Mahoney died from a stroke two days later.

Jayne was more a publicity hound than an actress, although she managed to appear in 26 films over her 13 year career plus a handful of TV guest appearances here and there. Her daughter Mariska Hargitay, a fine actress, plays Detective Olivia Benson in the Law & Order TV series. She still bears a zig-zag scar on her head from the car crash that killed her mother in Louisiana in 1967. Mariska was three years old at the time and on the back seat of the vehicle with her two brothers. Rumours circulated for years that Jayne was decapitated in the accident, but that was untrue. Passers-by saw her hairpiece in the middle of the road and the rumour spread from that.

Tom Mix was the King of the Cowboys in the 1920s, at a time when cowboys were the big money-making stars of the silent screen. Others, such as Hoot Gibson and William S Hart were extremely popular, but they all ran a distant second to Mix and his wonder horse Tony. Then, in 1935, Mix gave up movie-making to focus on his greatest love – the circus. He toured for a few years making even more money until, on 12 October 1940, he lost control of his sports car while out driving in the desert. A heavy suitcase in the back of the vehicle struck him on the head and killed him instantly. Mundin was a fat-faced little character actor who appeared in 58 movies during the 1930s, including Gable’s Mutiny on the Bounty (1935) and Errol Flynn’s The Adventures of Robin Hood (1938), in which he played Much the miller’s son (above). You might recall him flirting with Maid Marian’s lady-in-waiting, played by the inimitable Una O’Connor. English-born, Herbert was a popular player whose luck ran out in Van Nuys, California in March 1939 when his car collided with another at an intersection and he was thrown out onto the road. His skull was fractured, his chest crushed, and he was dead at 40. 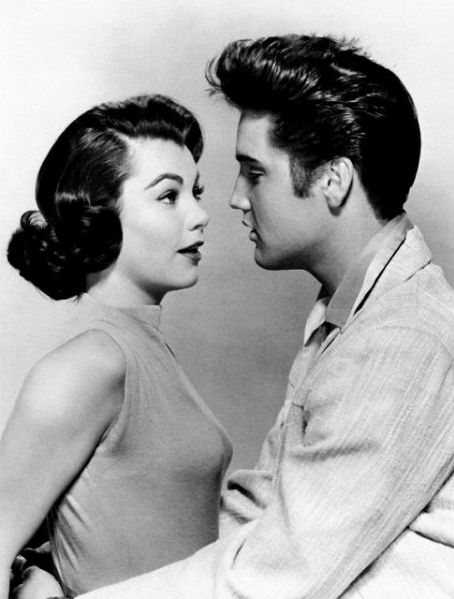 Judy with Elvis in Jailhouse Rock

At 17, pretty Judy Tyler played Princess Summerfall Winterspring on the enormously popular TV hit The Howdy Doody Show, and would grace the programme for the next two years. Then, in 1957, she made her only two films, the second of which was Elvis Presley’s Jailhouse Rock, in which she played his girlfriend. It is said that the King fell in love with her, even though she had just recently wed her second husband. Three weeks after shooting completed she and her husband died in an automobile crash in Wyoming. She never got to see either of the pictures she made. (See my book ‘Movies Based on True Stories’). 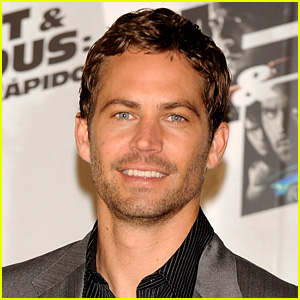 Paul Walker was, by all accounts, a genuinely fine human being who just happened to be a popular actor. Although he achieved fame through his role as Brian O’Conner in the Fast & Furious movies, and his 2006 film Eight Below reached audiences of all ages, he was equally well-known to his peers for his tireless charity work with ‘Reach Out Worldwide’, an organization devoted to helping victims of natural catastrophes. He was, in fact, returning from one of its fundraisers when his friend lost control of their vehicle and it struck a tree, killing Paul instantly.