Like most things, I guess, this is very much an ‘in the eye of the beholder’ list, but I have given it a lot of thought and looked back as far as the silent era to compile the 20 best child actors (in my opinion). Well, 21 actually, given I could not separate Kurt Russell and Christian Bale in 20th spot, and my reluctancy to leave either guy out. These are all predominantly movie actors, not stars of TV shows, although I will probably compile a list of those in the near future. Anyway, here are numbers 20-11. Numbers 10-1 will appear on Friday. Above is a  shot of ‘Our Gang’ from the 1930s. They did not make my list, but collectively, they were pretty special. 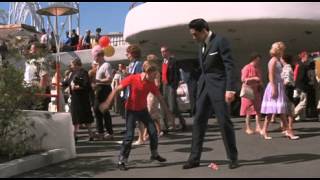 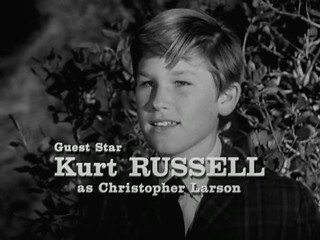 Born in Springfield, Massachusetts in 1951, Russell was the son of character actor Bing Russell, who played the deputy sheriff on the Bonanza TV series for years. Kurt landed early work in Disney productions during the 50s and 60s, mostly in television, but only made 7 movies as a child; his big moment coming in It Happened at the World’s Fair (1963), when got to kick Elvis in the shins (above). Russell developed into a fine actor and has been with comedienne Goldie Hawn for decades. 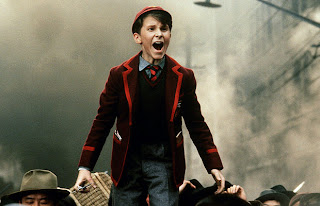 Born in Wales to English parents, Christian Bale only made 8 movies as a boy and teen, but he clearly had great screen presence and acting ability. Chosen for the lead in Spielberg’s disappointing 1987 epic Empire of the Sun, (above) he performed well enough to earn a special award from the National Board of Review. His adult years have thus far resulted in an Oscar and a Golden Globe (for The Fighter), plus the coveted role of Bruce Wayne/Batman in two ‘Dark Knight’ features.

He was born in London in 1924, and appeared in 19 films before he turned 20. Arguably, the best of them was Captains Courageous in 1937, in which he memorably got his ears well and truly boxed by ship’s captain Lionel Barrymore. It remained my favourite moment in movies all through my schooldays. Freddie usually played obnoxious, spoilt brats, and every kid I knew hated him. Me too. He was also so sugary English, (and a sissy to boot), that our teeth instantly started grinding whenever he appeared on the screen! Probably a really nice person in real life.

Hailing from New York City in 1986, Lindsay Lohan seems determined to cram as much mayhem into her life as is humanly possible, destroying her reputation and career along the way. As dysfunctional as her life appears to be at present (2015), there was a time not too long ago when the world really was her oyster. Briefly, in 2003-4, she starred in two highly successful films, Freaky Friday and Mean Girls, which made her a most bankable star. Then she blew it (see my piece on her in this blog), and continues to do so at the time of this writing. 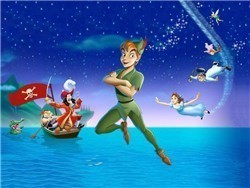 Born in Cedar Rapids, Iowa in 1937, Bobby Driscoll is one of Hollywood’s great tragic tales. A wonderfully natural actor with genuine appeal to fans of all ages, he is probably best remembered as Jim Hawkins (above) in Disney’s Treasure Island (1950), alongside Robert Newton as Long John Silver. He also provided the voice for Peter Pan (above) in Disney’s favourite animated version of the Barry tale released in 1950. Driscoll made 21 movies in his youth, but he became a drug addict, went to prison for a while, and was shunned by the industry when he got out. In 1968 his decomposing body was found in an abandoned tenement by two children. Not able to be identified at the time, it was buried in an unmarked pauper’s grave on Hart Island, where it remains to this day. Corey was born in Chatsworth, California in 1971, and for a while gained more brickbats for his drugs history (especially the heroin) than he did accolades for his acting ability; a pity because his ability has always been considerable. Fortunately, he overcame his substance problems and became the consummate professional he still is today. After appearing in scores of TV productions as a boy, he bobbed up in Gremlins (1984) and The Goonies the following year (above bottom), performing well in both. A year later he landed his most acclaimed part as Teddy Duchamp in Rob Reiner’s Stand By Me in 1986. Pictured above are the four juvenile stars of the picture (L to R): Wil Weaton, River Phoenix, Feldman and Jerry O’connell. Corey also provides the voice for Donatello in the Teenage Mutant Ninja Turtles films, and has now been in movies for over 35 years.

Coogan was born in Los Angeles in 1914. In 1921 he achieved world-wide recognition as The Kid in the Charlie Chaplin classic silent picture of that name. He would go on to play loveable urchins in another 15 or so features through the Roaring Twenties and the thirties, although his elderly face became famous as Uncle Fester in the popular TV series The Addams Family. His first of four wives was the WW2 pin-up girl, actress Betty Grable, but it lasted only two years. A heart attack claimed him in 1984. 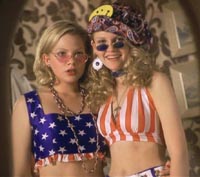 Beautiful Kirsten Dunst was born in Point Pleasant, New Jersey in 1982, and appeared in over 20 movies through her childhood and teens. Today, she is a much sought after leading lady, at home in just about any genre. In 1994’s Interview with the Vampire: the Vampire Chronicles (above left), Kirsten received her first screen kiss from none other than Brad Pitt. She didn’t enjoy it, she has since said, probably because he was 30 and she just 12! I  personally loved her and Michelle Williams (above right) in 1999’s Dick, Hollywood’s excellent spoof on Watergate. 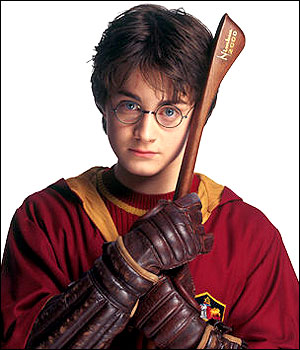 Born in London, England in 1989, Daniel was chosen to portray Harry Potter after making just two films, primarily because he resembled the character from the book so much, but also because he is a fine actor anyway. Today, he is one of the richest young men in England thanks to the Potter films’ success. His stage debut in Equus in 2007 met with enormous critical acclaim. A mad cricket fan, he actually waited in line to get Sachin Tendulkar’s autograph after the 2007 Lord’s Test. Sachin signed without even looking up, unaware of his famous fan. 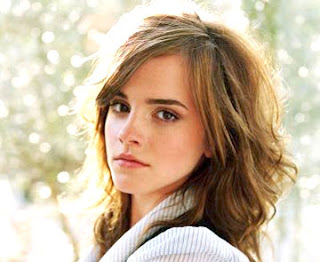 Emma was born in Paris, France in 1990 to English parents. Except for a tele-movie in 2007 (Ballet Shoes), her first nine movies saw her portraying Hermione Granger nine times in the Harry Potter franchise. She decided on acting as a career when she was six, and studied drama, singing and dancing at a part-time theatre- school until, by the age of ten, she was playing leads in school plays. All that experience became evident when she seamlessly slipped into the role of Hermione and made it her own. She has always had great poise, just as she always threatened to grow into a stunning leading lady. Born in London in 1946, Hayley is the daughter of iconic British actor Sir John Mills. She made 12 movies as an adolescent, receiving a Juvenile Academy Award for Pollyanna in 1961 (above left). Five years later she caused a sensation when she moved in with director Roy Boulting after his divorce. She was barely 20 and he 53. They married in 1971 (above), whereupon Boulting proceeded to, unintentionally, wreck her career with some bad choices. Her most popular juvenile performance was as the twin sisters in Disney’s 1961 version of The Parent Trap, but she showed real signs of developing into a strong dramatic actress in later films.