One thing they are not short of in Hollywood (humility aside, of course) is scientologists. Most of us know about Tom Cruise and John Travolta, but there are many others, some of them quite prominent. Before I look at just who embraces this ‘thing’, perhaps a brief rundown of the concept might clarify it for those who are not quite sure what scientology is all about.

Back in 1950 a half-baked science fiction writer named L. Ron Hubbard learned that an extra-terrestrial tyrant named Xenu (well, Emperor Xenu actually) had infested our souls with lots and lots of invisible spirits that had taken away our omnipotence, our Godlike abilities. I never knew about that. Did you? Anyway, this supposedly happened about 75 thousand years ago, according to L. Ron, who just happened upon the information, presumably while researching one of his sci-fi novels. Ah, research. You never know what you’ll turn up next. Come to think of it, he must have been one hell of a researcher for a fifties guy. No Internet back then, yet he not only discovered this dastardly plot, he also figured out a treatment for its effects. Yes, you can all relax. Xenu’s foul plan can be circumvented. All you need is a miserable 360,000 bucks US. Well, I for one, am mightily relieved, I don’t mind telling you

Acting on this slab of humanity-saving information, Ron immediately published a book, a kind of ‘don’t let Xenu mess with your mind’ sort of thing, which he called, Dianetics; the Modern Science of Mental Health, and people actually bought it. Oh, they bought it alright. Hook, line and sinker. All they had to do was follow his psychotherapeutic techniques and their mental illnesses, whether real or dormant, would disappear into the woodwork forever. How? Well, first up, they would get a complete recording of all their past lives. Yes, we are talking reincarnation here. But wait, there’s more! Each person would ultimately become a pure, disembodied soul, able to utilize his or her full potential, able, in fact, to influence events anywhere in the world through their will power alone! Suddenly, 360 grand seems like money well spent. I mean to say omnipotence! How do you put a price on that?

A bit later, L. Ron had another little think. Anything this good, he decided, should become a religion. I mean, that’s just a given. That way he could share it with the whole world. And being a religion might be useful in other ways too. Taxation, for instance. Why, there wouldn’t be any. And a religion cannot be investigated either. Ah, don’t you just love the good old Constitution? That might come in handy as well. The name worried him though. It had to be something catchier than Dianetics, something more reverant, an ‘ism’ or an ‘ogy’. Bingo! Scientology, a combination of spiritualism and technology. Perfect. Of course, nothing this beneficial to humankind should come easy. Or free. Adherents should go through several courses and ‘materials’ as they pay their way towards the ultimate final secret of how to attain omnipotence. And if any ungrateful soul should become disillusioned along the way, well, that contingency should be covered too. So, he announced that nasty old Xenu, (yep, he’s still out there watching), had recently modified his master plan. He was now manipulating the minds of the disillusioned and the sceptics, forcing them to criticize and denounce the ‘church’. The thought processes of these ingrates and troublemakers now belonged to him, to Xenu, so anything they said must be taken with the proverbial grain of salt. Is there no end to his evil?

So, there you have it. Scientology, the thinking man’s religion. None of the usual ‘be good and you’ll go to heaven’ stuff. Scientologists don’t need heaven. They don’t even need God. They themselves become Gods, you see. Besides, they don’t die anyway. Gods live forever. Well, I don’t know about you, but I’m convinced. I’m signing up tomorrow! Oh-oh, I forgot something. A little matter of 360,000 bucks. I wonder if they have a kind of Harvey Norman set-up, a pay on the never-never plan? Probably not. Guess I’m stuck with being a non-God. And I was so looking forward to meeting Tommy and Johnny and the gang.

Oh yes, and what happened to good old L. Ron? In 1986, according to an official announcement from the Church of Scientology, he decided of his own free will to leave his mortal body, and to move to another galaxy in order to continue his brilliant research into making life better for his followers and humankind in general. Sort of leaves you misty-eyed and all choked up inside, doesn’t it? Below is part one of a list of known followers of this ‘answer to Christianity’, so to speak. I shall post part two tomorrow.

The Hollywood Gang (in alphabetical order)

ALLEY, Kirstie: She was Rebecca Howe in the Cheers series, starred in the Fat Actress series, and in many movies. Kirstie is John Travolta’s best female friend, and once shared                            an apartment with actress Mimi Rogers. In 2007 Kirstie donated $5 million to the ‘church’. 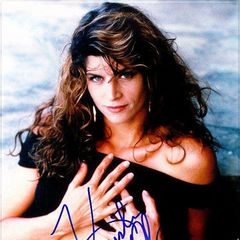 ARCHER, Anne: A noted Scientologist, she played philandering Michael Douglas’s wife in Fatal Attraction back in 1987.

BARYSHNIKOV, Mikhail: Super-star Latvian ballet-dancer who made a few American movies, among them White Nights (1985). In 2004 he played Aleksandr Petrovsky in 9 episodes of the utterly lamentable Sex and the City, the series that practically screams it is OK for women to be promiscuous sluts (like guys). Pity. I always considered women to be about four classes above us. This lousy show does them no favours at all. Mikhail was a Scientologist but turned in his thetan. BELL, Catherine: She was Sarah ‘Mac’ Mackenzie in the TV series JAG. If you ever happen to see Death Becomes Her, she provided the nude body double for Isabella Rossellini. BERGEN, Candice: Shirley Schmidt on Boston Legal. A former Scientologist in the 60s, but not anymore.

BLACK, Karen: The slightly cross-eyed actress who is chiefly remembered as the passenger who lands the plane in Airport 1975 (1974), possibly one of the dumbest movies in cinema history.

BONO, Sonny: The talentless half of the singing duo Sonny & Cher, but by all accounts a self-deprecating, all round nice guy. Studied Scientology for a while before reverting to Catholicism.

BOYD, Stephen: Terrific actor who was superb as Messala in the 1959 version of Ben-Hur. He rose to Grade IV in the organization before dying young.

CAPSHAW, Kate: The female lead in Indiana Jones & the Temple of Doom (1984), and now married to director Steven Spielberg. CARTWRIGHT, Nancy: She is the highly recognizable voice of Bart Simpson. Nancy, despite her monumental success as Bart, was still making cold calls on behalf of the ‘church’ as recently as 2009. I wonder, did she use her ‘Bart’ voice?

CEBERANO, Kate: Well-known recording artist who is a third-generation Scientologist, her grandmother once being the governess for L. Ron’s children. CHRISTENSEN, Erika: She memorably played Madison Bell (the stalker) in Swimfan (2002), and was critically acclaimed for her performance as Caroline Wakefield in Traffic (2000). Attended Delphi Academy, the Scientology school in Los Angeles.

CRUISE, Tom: An outspoken advocate of Scientology, he says its teachings helped him overcome dyslexia after he was introduced to the cult by his wife at the time, actress Mimi Rogers. He even campaigned for Scientology to be recognized as a religion in Europe, but without success. Even he has admitted that his wife, Katie Holmes, divorced him in part to protect their daughter from Scientology. 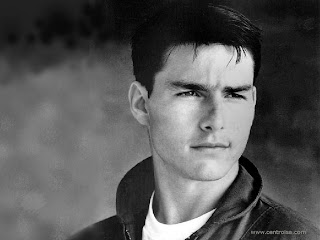 d’ARBO, Olivia: Gorgeous English-born actress best known for her work in The Wonder Years. She was also in an under-rated comedy called Greedy back in 1984. Whichever organizations she chooses to join is fine by me. DOHRING, Jason: He starred as Logan Echolls in Veronica Mars (2014). Raised in a Scientology family. 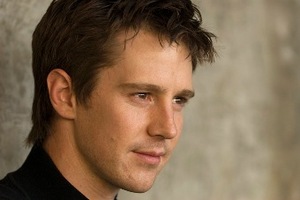 ESTEVEZ, Emilio: I can’t decide what irked me most about Emilio’s performances, his inane cackling as Billy the Kid in Young Guns, or his stupid quacking in The Mighty Ducks. A pity really, because he was terrific in the Stakeout movies. Must have needed the money I guess. 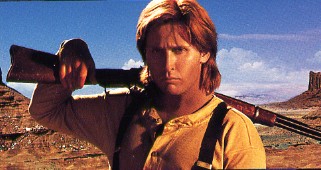 FRYE, Soleil Moon: She was Punky Brewster in the 1984 TV series.