Finding ten great male voices in the movies was easy. In fact, I found many more than that and was forced to eliminate. Not so with the females, however. I discovered several truly pleasant voices and several distinctly unique ones. Sadly, most of the unique ones were quite irksome, so I was compelled through necessity to choose on the basis of quality and/or uniqueness, in some cases, rather than on whether or not they were entirely pleasing to my ear.

Having said that, there were still a few that I just could not bear to include in my top ten, unique or not. I refer to the following:

Marlene Dietrich. Her speaking voice was unmistakeable with its guttural, German inflections. Unmistakeable and unbearable, in my opinion. Then, if that wasn’t bad enough, the lady used the horrible thing to sing with in some pictures!

Katharine Hepburn. She had the most stupendously ‘affected’ speaking voice in all of the cinema’s long history. Whenever she opened her mouth, what issued forth positively reeked of a toffee-nosed, aristocratic upbringing, and ‘la-de-da’ stage performer. No wonder she was labelled ‘box-office poison’ for some time. Come to think of it, so was Marlene.

Marilyn Monroe. Like most things to do with Marilyn’s life, her voice was compromised by her lousy judgment. Listening to her speak in Some Like it Hot (1959) is rather nice actually, yet in other performances her diction was totally contrived, and it made her sound ridiculous. This was due to her drama coach (and lover) Natasha Lytess dominating her life in every way, and insisting she use ‘perfect diction’ at all times in her scenes. Marilyn should never have heeded her, but in time she came to depend on the woman’s advice pretty much without reservation. Poor, dumb Marilyn. She trusted all the wrong people.

Elizabeth Taylor. I have already expounded on my opinions regarding that nasal whine of hers in my previous post, so I shall let sleeping dogs lie.

So, to the list. Some of these actresses I just plain disliked, but their voices generally placed them apart from their peers. A couple of them you may not know much about. Generally speaking, however, each of them had a ‘sound’ that gave her performance an extra ‘something’ that separated her from the herd. Here they are: Thelma never became a star in her own right, but she saved many a movie with her brilliant, seemingly effortless, characterizations. She never tried to disguise her Brooklyn roots when she spoke. Her voice suited the world weary, wise-cracking characters she always played. It made Thelma Ritter unique.

At the risk of alienating her many fans, I must say up front that I never much liked Bette Davis as a performer. I have always preferred women who were predominantly feminine, and Bette reminded me of a gangster in a dress. She makes this list predominantly because her voice was a ‘one of a kind’. Nobody in movies has ever spoken in the clipped, no-nonsense style that was la Davis. Personally, I’m rather glad about that, but there you go. 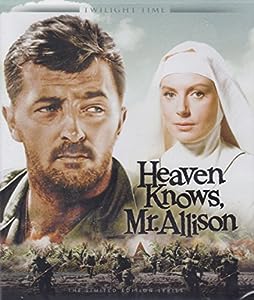 Well, you are never too old to learn, they say. Until now, I had always assumed the delightful Miss Kerr was English. The Scots must be so sick and tired of people making that mistake all the time. By all accounts, her posh, upper-class voice belied her true, fun-loving nature. She was a wag, adored by her peers. She was also a fine actress whose voice always gave her characters dignity, poise and, above all, class. A great lady of the cinema, sadly missed.

Jodie Foster might seem like an odd choice to some readers, but I have always enjoyed her quiet, refined style of speaking, albeit with just a hint of an endearing lisp (or is that my imagination?). It seems that the quieter she says something, the more dramatic impact it has. The Silence of the Lambs (1991) and The Brave One (2007) both aptly demonstrate this quality in her acting. No doubt, quite a few readers have probably never heard of Lizabeth Scott until now. She mostly starred in lesser productions in the forties and fifties, but she was, certainly in my eyes, a much under-rated performer. She was also possessed of a low, throaty voice that was about as ‘sexy’ as voices get. Back in the fifties, when I was a boy, my mates and I spent a lot of time discussing the attributes of lovely Lizabeth Scott. Sadly, she passed away this year. She was 92. Paula Prentiss, too, is a much lesser known actress than some, but she had a deep, throaty voice, coupled with an utterly infectious and sexy laugh that endeared her to a generation of young, shall we say ‘eager’ guys. I was one of them. Then, at the zenith of her considerable alluring powers, she up and married director Richard Benjamin and retired from the screen. Ah, what might have been? Unforgivable. They are still together, by the way, 54 years later.

One day, I have no doubt, a document will surface from the 16th century stating that, should the motion picture industry ever kick off, Queen Liz the First hereby decrees that only Cate Blanchett should be permitted to portray her. Being Australian myself, I could be accused of bias I suppose, but Cate surely is the consummate modern actress, complete with great looks, dazzling stage presence, and a powerful, expressive voice made especially to utter the words of the equally great QE1. In fairness, Meryl Streep is the (slightly) better actress, but Cate is better to listen to, in my opinion. Of course, 320 million Americans might disagree… The stunning Grace Kelly spoke in a kind of upper-class, refined, mid-western American, tinged with Swiss boarding-school elocution, slightly nasal twang. That doesn’t sound too good on the surface, but it all came together in a delivery that perfectly fit a beautiful young woman in whose mouth butter would not even reach room temperature, much less melt. She never was educated in Switzerland, by the way. She just sounded like she might have been. The above shot, by the way, is my favourite of any actress on screen anytime. It is from To Catch a Thief. The stuff dreams are made of.

Ingrid possessed a smooth, almost melodious voice, with the slightest of Swedish accents. In fact, many critics describe her as ‘without accent of any kind’, but I, personally, detect something delightful that is not quite all English. It was always a pleasure to hear her speak; and it was a ‘touch and go’ decision whether or not to make her #1 or # 2 on my list. In the male section of ‘The Great Voices’ I mentioned how scarcely anyone disliked Sean Connery. The same can be safely said about Audrey Hepburn. The moment you heard her speak a word you just knew that here was a lady of quality and dignity, yet one full of the exuberance of youth. She was lovely and she was fun, both on the screen and off it. In many ways, including her speech, she was the Belgian version of Deborah Kerr. A most fitting number one.