The abominable House of Wax (2005) was shot in Australia at Warner Bros Movie World on the Gold Coast in Queensland. Warners granted Paris permission to sell t-shirts that read: ‘On May 6th, watch Paris die’, (a mouth-watering thought if there ever was one). As most people would know she is an heiress to the Hilton Hotel fortune (worth $3.8 billion) and related to the original ‘airhead’, Zsa Zsa Gabor, who married her great-grandfather Conrad Hilton. Her great-uncle Conrad Hilton Junior was once married to Elizabeth Taylor.

Paris emoting in House of Wax

Paris was not born with a great deal of beauty, intellect or talent; scarcely any as a matter of fact. Extensive plastic surgery, tinted contact lenses and a change in hair-colouring helped to minimally improve her looks, but did nothing to activate her brain or kick-start some hidden talent that may have been lurking amongst all those sub-standard chromosomes. So why is this very ordinary woman so famous? You might just as well ask why David Letterman is considered by a lot of Americans to be witty, or whether there exists some unwritten law in America that makes it compulsory to laugh at the tenth-rate comedic efforts of Will Ferrell or Steve Carell.

In 2005 she reportedly ‘earned’ $200 million, much of which came from putting in half-hour appearances at little rich girls’ birthday parties for fees ranging from $500,000 to a million dollars a shot! In June 2004 a sex video surfaced of 19 year-old Paris and her then boyfriend Rick Salomon, (Shannen Doherty’s ex-husband), that was later released under the charming title of One Night In Paris. Although she sued Salomon for releasing it, she has since settled for $400,000 from him plus a percentage of the massive profits this historic chunk of celluloid has garnered. Another video is rumored to exist featuring her having sex with her friend Nicole Lenz, a former Playboy Playmate. 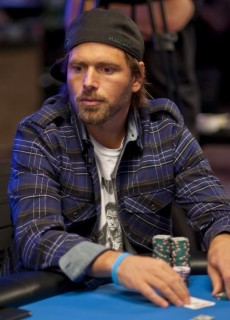 For her 21st birthday Paris threw five parties for herself, one each in London, New York, Las Vegas, Hollywood and Tokyo. When she became briefly engaged to Paris Latsis, she actually wrote to Prince Charles asking if the couple could be married either in Westminster Abbey, St. Paul’s Cathedral or Windsor Castle! The couple actually met in a nightclub when both were under-age, he 16, she just 14.

In August 2004, at an expensive Los Angeles boutique, la Hilton tired of waiting in line to use a change-room, so she casually stripped off her t-shirt in front of astonished shoppers and staff. She explained later that she forgot she was not wearing a bra at the time. After trying on a new shirt she then tossed her card to staff, telling them she would settle up later, stepped around her discarded t-shirt and walked out. Perhaps, the most disturbing thing about Paris Hilton is that she believes her own publicity. Below are a few comments she has made over the years. They are most illuminating.

‘I think the biggest misconception about me is that I’m this spoiled brat. But I’m not. I’m the total opposite’.

‘If you have a beautiful face you don’t need big fake boobs to get anyone’s attention’.

‘People think I’m stupid. But I’m smarter than most people’.

‘I went to Wal-Mart for the first time. I always thought they sold wallpaper. I didn’t realize it has everything. You can get anything you want there for really, really cheap.’ (Yep, she’s ‘smarter than most people’ alright).

‘I have always had a voice and always known I could sing, but I was too shy to let it come out’.

‘There’s nobody in the world like me. I think every decade has an iconic blonde, like Marilyn Monroe or Princess Diana and, right now, I’m that icon’.

The sad part about all this is that the lady is now 34 years old. What looks she has will soon be gone. She will cease making headlines because celebrities will cease making her acquaintance. With a bit of luck, therefore, she will quietly dissolve into the woodwork, and yet another fake celebrity will have reached her ‘used by’ date. The good news; being an heiress will always guarantee her a bevy of sincere ‘friends’.

In 2015 she was involved in an airplane prank in which all her fellow passengers and friends were party to a ‘pretend’ crash, but poor Paris was not. That’s one story. Since then it has emerged that Paris knew all along and that her hysteria was just brilliant acting on her part. Form your own opinion on that. Come to think of it – does anybody really care?