It is hard to believe that the star of The Sound of Music will be eighty in October. Why do I suddenly feel very old? Even as a 10 year old she possessed ‘an enormous, belting, freak voice with a range of four octaves and some fierce high notes’. ‘Once, to the amazement of me and all the dogs in the area’, she proudly recalled, ‘I actually hit a C above Top C’. In fact, she was such an extraordinary talent that in 1948 she became the youngest ever performer chosen to appear at the London Palladium for a Command Performance.

When she unsuccessfully screen-tested for a contract with MGM, there was no doubting her singing talent, but she was also buck-toothed, bandy-legged, had a lazy right eye and her nose and chin were not too attractive either. She was also the embarrassed owner of feet that were already size eight. All things considered it took quite a lot of ‘maintenance’ to enable her prodigious voice to be showcased so that the public would be willing to pay money to hear it. By then she was earning considerably more than her parents who were music hall singers on the slide into alcoholism. By the time her limited schooling ceased at fifteen Julie was providing for the entire family. Most people who saw her playing Eliza Doolittle in the stage version of the musical My Fair Lady were disappointed when she did not land the role in the film version. Jack Warner, however, needed to bolster the picture’s chances of box-office success with at least one of the two leads being a big international star. Although Rex Harrison was virtually unknown to cinema audiences, he was a certainty to play Professor Higgins once Cary Grant emphatically turned down the role. In fact, according to legend, Cary told Warner that, not only would he refuse to play Higgins in the picture, but if Harrison did not get the role he would not even go to see it. Warner simply could not risk his expensive production being placed in the hands of two cinematic unknowns, so the very bankable Audrey Hepburn was given the part of Eliza over Julie, more or less as an insurance policy. as Eliza Doolittle on stage

in My Fair Lady

In the meantime, Julie was signed by Walt Disney to play the title role in Mary Poppins. Never having had an acting lesson in her life, she went on to win the Best Actress Oscar for her performance that year, which tends to say volumes about the profession in general. At the Golden Globe Awards she thanked ‘Jack Warner for making it all possible’. He was seated directly in front of her. ‘It was grand fun’, she said afterwards. Warner carried on the joke in his speech when he referred to Julie as ‘what’s-her-name?’ Actually, she could have played both roles if offered them, but only at the expense of giving up playing Maria in The Sound of Music, because shooting schedules over-lapped. A case of what you miss out on the round-about you pick up on the swing.

Following up the stupendous success of both Mary Poppins and The Sound of Music was not an easy task for someone not steeped in acting technique. Musicals quickly lost their popularity, especially after she starred in two expensive flops (Star! And Darling Lili). Suddenly labelled box-office poison, (so much so that she was paid a million dollars not to make a third one titled She Loves Me), Julie’s movie career virtually came to a standstill until her husband, Blake Edwards, featured her in one of his productions called S.O.B in 1981. The title, incidentally, is an acronym for ‘Standard Operating Bullshit’, in case you thought it meant something entirely different.

To the astonishment of a zillion Maria and Mary Poppins fans Julie went topless for the cameras in this film, inviting media comments like, ‘Mary Pops Out’, and others. ‘I’m an actress, and the part called for it’, was her less than original explanation for transforming forever our ‘butter wouldn’t melt in her mouth’ image of Mary Poppins. ‘I’ve always had a rather nice body’, she added. ‘But people who had only seen my movies assumed I was either sexless or puritanical’. A lot of us still do. The final nails were driven into her ‘spoonful of sugar’ image when she made Duet for One in 1986. In this movie she walks around naked, utters the ‘f’ word on screen and goes to bed with her lesbian maid! In short, she does everything but kick the cat and set fire to it.

Off screen, five years later, she put to rest a long-standing rumor that she was actually a lesbian in real life. The rumor stemmed from a prank she and best friend Carol Burnett played on director Mike Nichols that backfired. Expecting him to step out of their hotel elevator at any minute, the two ladies locked in an embrace and proceeded to kiss passionately. A group of Secret Service agents piled out of the first elevator and the President’s wife Lady Bird Johnson arrived in the next one. Needless to say, all were shocked to find the well-known English rose in the throes of passion with a woman. Eventually, Nichols himself exited the elevator to be greeted by the same performance. ‘Hi, girls’, he waved, without as much as a raised eyebrow, and walked past them into the room. In 1966, at the height of her fame, Julie attended the opening of the English stage version of A Funny Thing Happened on the Way to the Forum, for which her then husband Tony Walton was the stage designer. Two ladies came across her in the foyer and thought she reminded them of somebody important. ‘Would you mind telling us if you have anything to do with this production?’ one asked the most famous actress on the planet at that time. Julie smiled and said: ‘Certainly. I’m Mrs. Walton. My husband designed the scenery’. Classy. 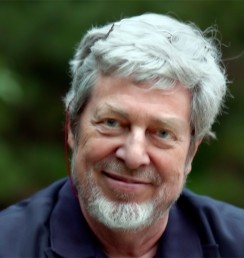 It was Blake Edwards daughter Jennifer who kick-started Julie into writing children’s books. She did so by challenging her future step-mother to agree to write a book if she (Julie not Jennifer) failed to go a day without swearing. That’s right, Mary Poppins has always been a notorious dropper of the four-letter expletive. Is nothing sacred? She lost the wager inside an hour! Her first book, which she called Mandy, sold very well.

One evening, while Edwards was attending a party in London and Julie was in Los Angeles, he phoned to tell her he had a special someone with him who wished to say ‘hello’. A terribly British voice that Julie could not place came on the phone and began to chat. Too polite to ask who it was, she waited until Edwards came back on the line to ask him, a little jealously, ‘Who was that woman?’ He cheerfully replied that it was Princess Margaret, and promptly handed the receiver back to his royal companion, just in time for her to hear Julie’s derisory response: ‘Princess Margaret, my arse!’

I have never thought much of The Sound of Music. It has always struck me as Rodgers and Hammerstein’s ‘leftovers’. Compared to South Pacific, Oklahoma! and Carousel, the songs are dull as dishwater. It does, however, have Julie Andrews at her peak, and that makes up for its other shortcomings. The lady is an icon when real icons are few and far between.