Individually they were very funny. Collectively they were even funnier, whether on stage, on the screen, or in real life. When MGM summoned them to Hollywood to discuss a movie contract, the brothers tired of waiting for executive Irving Thalberg to arrive, so they stripped naked in his office and toasted marshmallows in his fireplace until he did! Incidentally, it was Thalberg who insisted on the audience being made fully aware that Harpo was a mute by choice. Someone who chooses not to talk might be funny, he reasoned, but someone who cannot talk can only be tragic. Irving was one smart guy. 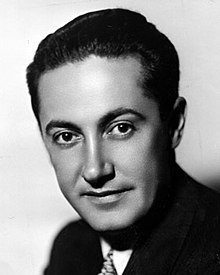 On another occasion the brothers were required to perform at a noon executive luncheon in New York City. While in the elevator on their way to the 14th floor they decided to strip off and surprise the gathering. When the lift doors opened the naked trio leapt out, only to discover they had alighted at a luncheon for female telephone operators!

Although the Marx Brothers were Jewish, many fans believed Chico to be Italian because he adopted an Italian accent for his on-screen persona. Actually, he had perfected several accents as a boy; German, Italian and Irish to name three of them. An inveterate life-long gambler (and a notoriously poor one), he found it useful to switch from one accent to another depending on which part of New York the latest floating crap game was operating in. The name, Chico’, came about through a typing error when someone left out the ‘k’ on a printed program. In reality, he was called ‘Chicko’ because of his obsession with women. Fans thought his name was pronounced, ‘Cheeko’, in the Italian way, but his brothers always called him ‘Chicko’.

To many fans Harpo was the most likeable of the brothers. Groucho was witty, Chico was shifty, but Harpo was basically loveable. In real life they were not unlike their screen personas. When Harpo died in 1964 there was genuine sorrow throughout the movie industry. Unlike his girl-chasing character on-screen, he was a devoted family man who wed politician/activist Susan Fleming in 1936 and remained married to her until his death. She passed away in 2002. Harpo was universally considered to be the sweetest, kindest man one could hope to meet, a sentiment shared not only by his myriad fans, but also by his peers and by the hierarchy of the movie industry. Legend has it that his ashes were sprinkled into a sand trap at the seventh hole of the Rancho Mirage Golf Course in California. In public he usually went unrecognized. Without his trademark red wig he was almost completely bald. In fact, without his make-up and wig he looked remarkably like his brother Chico. As a joke Chico once went on the TV game show, I’ve Got a Secret, dressed in Harpo’s wig and costume, and fooled everyone, including his other brother Groucho. Harpo was not really a mute, by the way, but chose to portray one on screen after a theatre critic described his stage performance as ‘brilliant until he spoke’.

Groucho was basically a very shy man. His great gift, however, was an ability to produce memorable and spontaneous responses in an instant, usually at the expense of a pompous or overbearing individual. The maitre d’ of an expensive Los Angeles hotel once prevented him from entering the dining area, saying: ‘I’m sorry, sir, but you have no necktie’. Groucho’s response was typical. ‘Don’t be sorry’, he replied. ‘I remember when I had no pants’. When told that a swimming pool was off-limits to Jews, he responded with, ‘My son is half-Jewish; can he wade in up to his knees?” He once attended a spiritualists meeting. When the medium called on anyone in the audience to ask a question of the Great Sprit, Groucho jumped to his feet and asked, ‘What’s the capital of North Dakota?’ On another occasion, during a USO tour, he happened to be in the office of an American general when the man’s phone rang. Groucho immediately picked up the receiver and yodelled, ‘World War Two-oo’, into the mouthpiece.

In the 1950s he was invited to tour the New York Stock Exchange. Having been a player all his life he jumped at the chance. While there, he suddenly grabbed the public address system handset and belted out a stirring rendition of ‘Lydia the Tattooed Lady’. Greeted by silence from the trading floor, he stepped into view and to loud cheers from the traders. ‘Gentlemen, in 1929, I lost $800,000 on this floor’, he said, ‘and I intend to get my money’s worth’. He then gave an impromptu fifteen minutes of singing, dancing and joke-telling, while the whole time the Wall Street stock ticker ran blank.

the brothers minus their makeup

Of all people, Groucho was a very close friend of rocker Alice Cooper and would often invite him over to his house late at night to watch TV. When the old ‘HOLLYWOOD’ sign was auctioned off to buy letters for a new sign, Alice purchased an ‘O’ in memory of his friend. Groucho loved to add a humorous P.S. to his more serious letters. One such addition was to his friend Dick Cavitt. It read: ‘Did you ever notice that Peter O’Toole has a double-phallic name?’ He made other comments about actors. ‘I’d have liked to have gone to bed with Jean Harlow. She was a beautiful broad. The fellow who married her was impotent and he killed himself. I would have done the same thing”. He was less complimentary to comedians Bob Hope and Jerry Lewis, however. ‘Hope is not a comedian’, he said. ‘He just translates what others write for him’. ‘Jerry Lewis hasn’t made me laugh since he left Dean Martin’. Me neither.

Director Sam Wood was a perfectionist and insisted on Groucho reading a particular line in a prescribed manner. After several botched attempts (probably intentional by Groucho), he finally lost patience completely and exclaimed, ‘I guess you just can’t make an actor out of clay’. Groucho instantly flashed back, ‘Nor a director out of Wood!’ Groucho Marx, the spiritual leader of the brilliant comedy act, died four months after his beloved brother Gummo passed away. Fearful for Groucho’s reaction, the family opted not to tell him of his brother’s death. Elvis Presley had died just three days earlier, and the resulting media frenzy over the singer’s death meant that the demise of this wonderfully witty and funny American went almost unnoticed. A couple of weeks later his children found a note he had written them about his funeral arrangements. It stated that he wanted to be buried ‘on top of Marilyn Monroe’.