The Inn of the Sixth Happiness (1958) is a prime example of the movie industry taking a factual story involving real people and historical incidents and giving it the full ‘Hollywood’ treatment; an exercise in convolution that upset many individuals, not least of all Gladys Aylward, the lady about whose work in China it purports to represent. 20th Century Fox rented space at MGM British Studios in Borehamwood for interior shots, and location scenes were filmed in North Wales. Most of the children were Chinese children from Liverpool, home to one of the oldest Chinese communities in Europe. 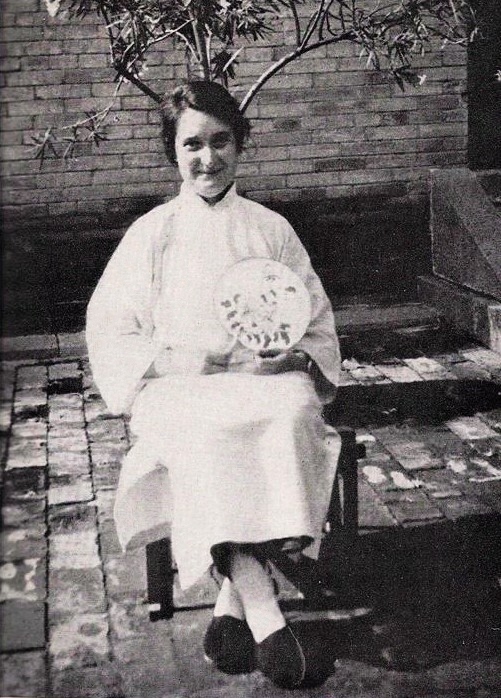 The picture fiddles with almost every aspect of Gladys Aylward’s story. In reality, she was a feisty but homely, dark-haired English woman with a cockney accent; the subject of a 1957 biography by Alan Burgess titled, appropriately enough, The Small Woman. And she really was quite tiny (110 lbs and a mere 5 feet tall), but that did not deter executives at Fox from casting the beautiful, 5’10”, blonde, Swedish actress Ingrid Bergman to portray her. Gladys was a bona fide heroine during the Japanese invasion of China in the thirties yet, evidently, Fox did not consider her courage alone to be enough for their motion picture. Her story, they decided, required major embellishment. 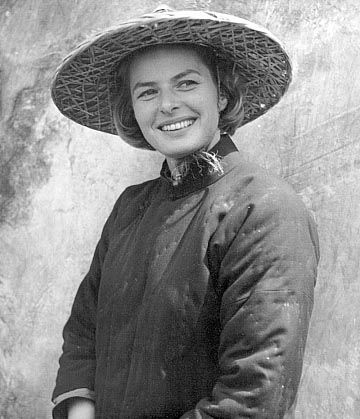 The real Gladys formed a brief, romantic attachment to a Chinese officer (they even discussed marriage), but nothing came of it and they soon drifted apart. The makers of this movie, however, had her falling in love with a half- Chinese officer, Captain Lin Nan, (played by Curt Jurgens), who tells her that his mother was a gentle Chinese woman and his father a Dutchman. Austrian-born Curt looks about as Chinese as John Wayne, but in this movie there was to be a kissing moment between Gladys and her officer and that situation posed a not uncommon problem. Showing a European leading actress locking lips with a Chinese actor was bound to upset rednecks in the Deep South, so the real life Chinese officer suddenly became a half-Chinese on the screen. When the film was released, there was considerable adverse reaction to the two European actors, Austrian Curt and Englishman Robert Donat, being cast as Chinese characters. Even Scotsman Sean Connery was tested for the Captain Lin Nan role.

Robert Donat as the Mandarin of Yang Cheng

This was Donat’s final film. The man had suffered from chronic asthma all his life and had, consequently, turned down numerous good roles because of it. By the time he was offered the role of the Mandarin of Yang Cheng in this picture he was not only very ill, but almost penniless as well. In fact, the twenty-five thousand pounds he received for his performance would formulate almost the entire contents of his will, for he would die before the film’s release. He may well have been prophesizing his own imminent death when he bid farewell to Gladys in one scene, saying, ‘I fear we shall never see each other again.’

It appears to be almost inevitable that movie executives, when confronted with a screenplay based on true events, will endeavour to change as many details as they possibly can – (in the interests of ‘dramatization’, of course). Even the name of the inn run by Gladys was altered. In reality it was called The Inn of the Eight Happinesses, (love, virtue, gentleness, tolerance, loyalty, truth, beauty and devotion), but in their infinite wisdom, the writers removed three of these and dreamt up the idea that the ‘sixth happiness’ would be one of the traveller’s own choosing! Gladys was known as ‘Ai Wei De’ – meaning ‘The Virtuous One’, but that did not seem to satisfy the writers either, so they called her ‘Jan-Ai’ – ‘The One Who Loves People’. Personally, I think ‘the Virtuous One’ sounded better. 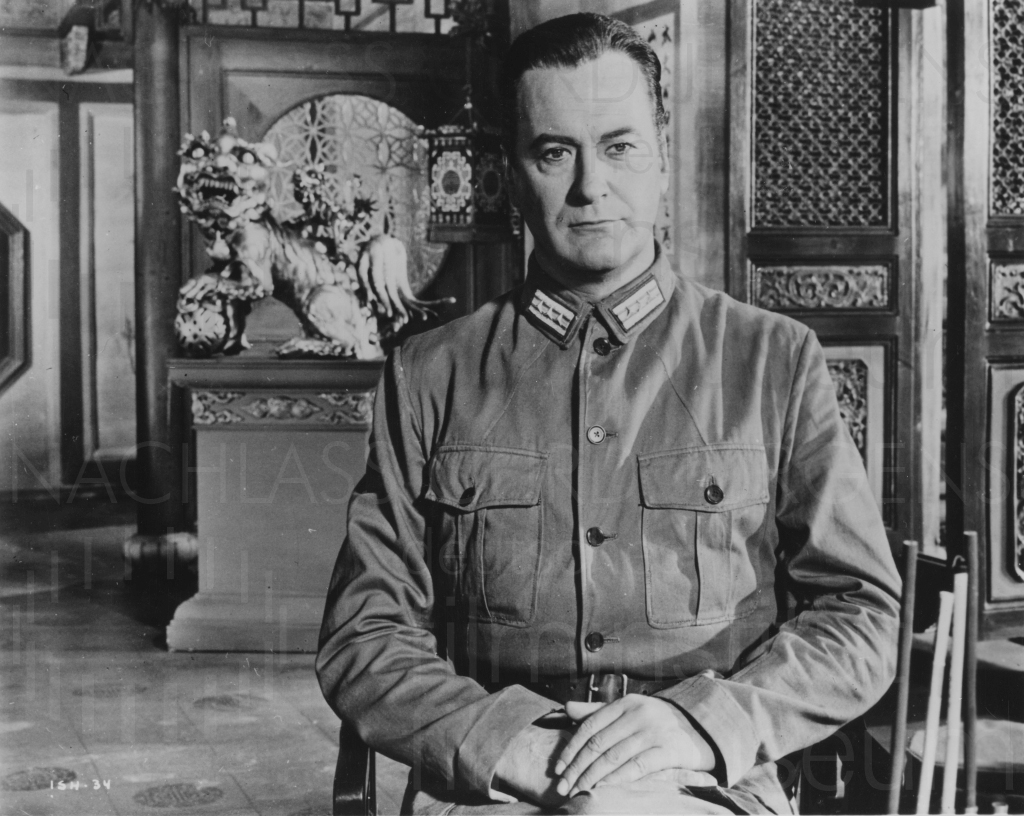 Gladys lived until 1970 and was resentful over the way this movie changed her story. First of all, she felt embarrassed by the love scenes enacted between Ingrid and Curt. The relationship between her and the Chinese officer, she argued, was simply not like that. In particular, she was incensed over the picture’s conclusion which had her declaring she would not be taking further care of the 100 orphans she brought across the mountains, her intention being to return to Yang Cheng in Japanese-occupied territory in search of her lover. In reality, she selflessly devoted the remainder of her life to caring for orphans. She even built an orphanage for them in Taiwan. She would never have abandoned them for any reason, much less for a long-dead love affair. Besides, when Gladys had arrived with her one hundred orphans, she was seriously ill with typhoid fever and near death. She eventually recovered, but we can be sure that romance was the farthest thing from her mind.

Over the years I have discovered three movies whose musical themes positively irritated me. This is one of them. There is something about a hundred Chinese orphans belting out ‘This Old Man’; ‘Nick knack, paddy whack, give the dog a bone’, (in a hundred very English accents, I should add) that just screams ‘Hollywood!’ The other two films? The first of these is On the Beach (1959), in which that damned ‘Waltzing Matilda’ permeates the entire show from start to finish. The other is The Man Who Knew Too Much (1956), Hitchcock’s so-called ‘thriller’ in which Doris Day seems to be incessantly warbling ‘Que Sera Sera’, especially towards the picture’s climax. Maybe, the fifties was just a bad decade for movie music.

It has taken me seventy-three years to get around to viewing The Inn of the Sixth Happiness. Every time I read the synopsis I found myself manifestly disinclined to allocate one hundred and fifty-one minutes of my life to watching a tale about a Christian missionary telling Bible stories to peasants in the hope of converting them! I doubt if there has ever existed a major movie production with such a totally uninteresting synopsis. Also, despite her role in my favourite movie (Casablanca), I have never cottoned to Ingrid Bergman. I have never thought of her as a great beauty and have always found her acting rather uninteresting. Her films, (with the exception of 1942’s Casablanca and 1946’s Notorious), do nothing for me. 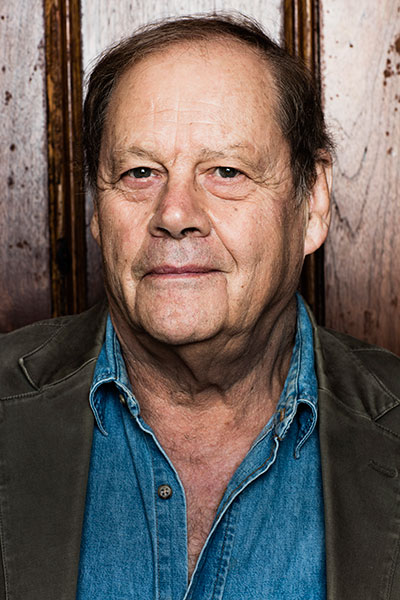 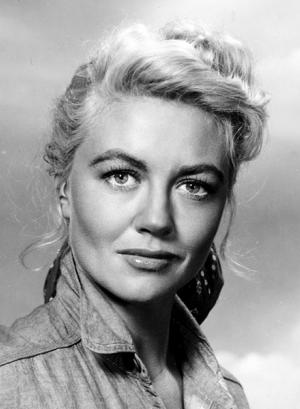 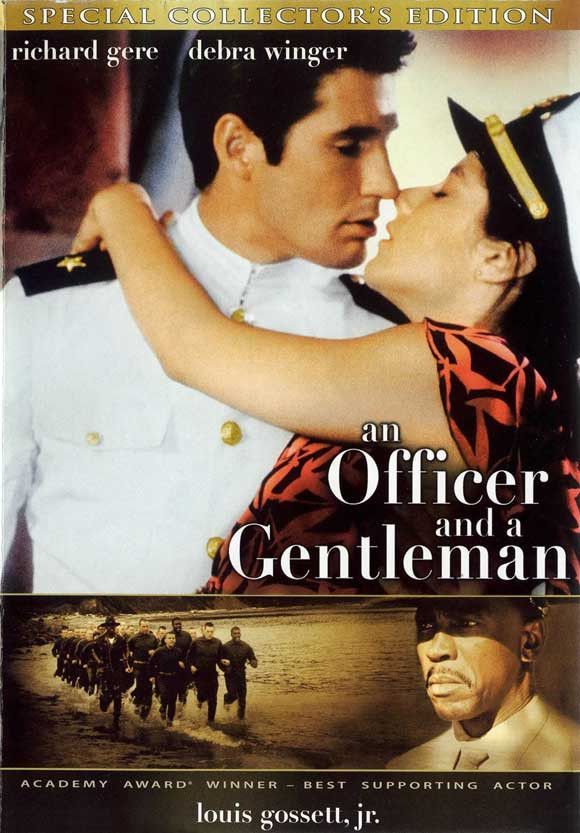