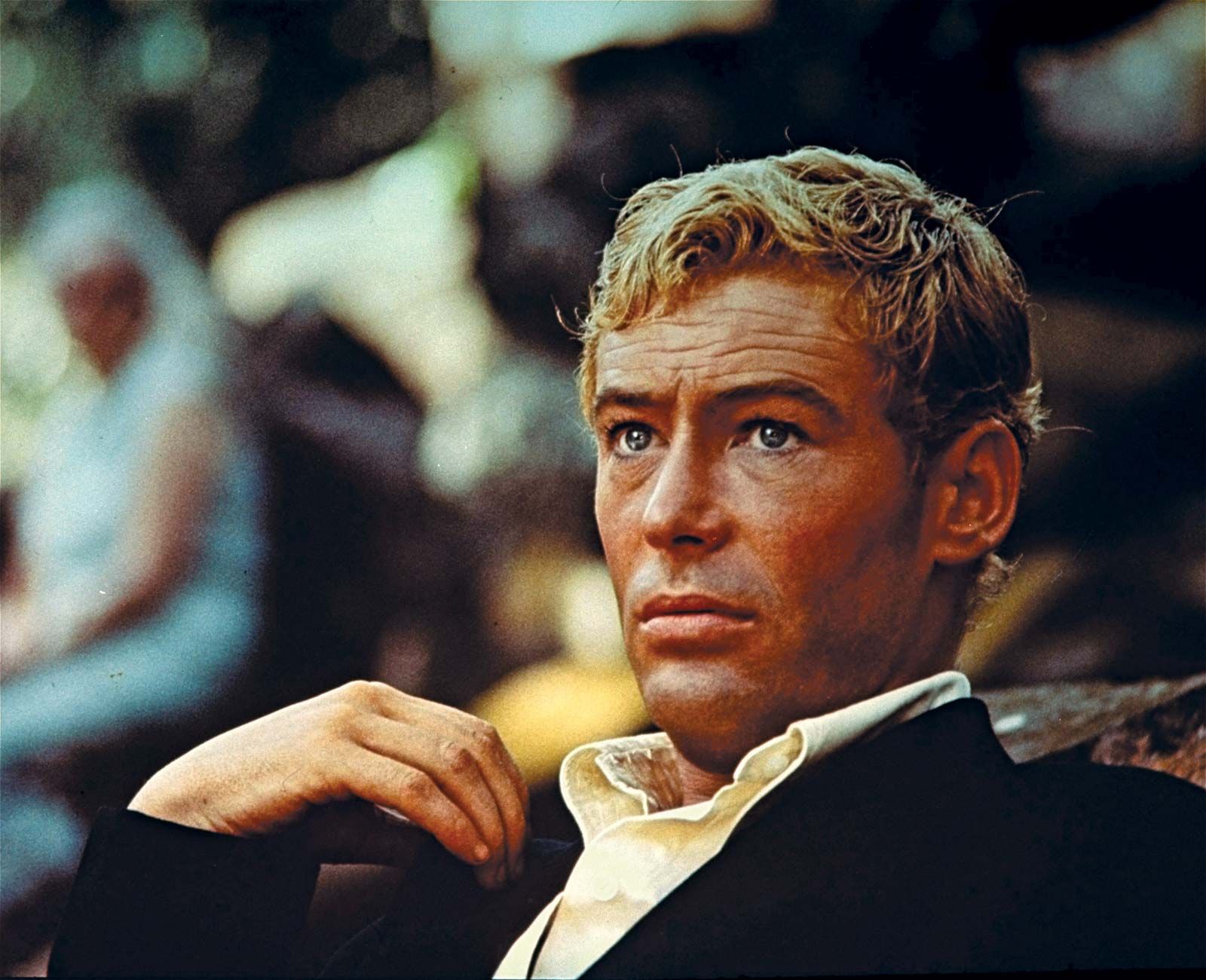 [Speaking about his attendance at the 75th Annual Academy Awards in 2003] ‘I enjoyed it. The only thing that wasn’t enjoyable was in the green room. I said, ‘Can I have a drink?’ [He was told]: ‘We have lemon juice, apple juice, still or sparkling.’ I said, No, I want a drink. No drink? All right, I’m fucking off. I’ll be back.’ A man with earphones said, ‘No! No!’ Eventually this vodka was smuggled in.’

[He had this to say about his time serving in the Royal Navy]: ‘At that point His Majesty felt it was vital to the security of the nation that I join the armed forces…I vomited over every cubic foot of the seven seas.’ 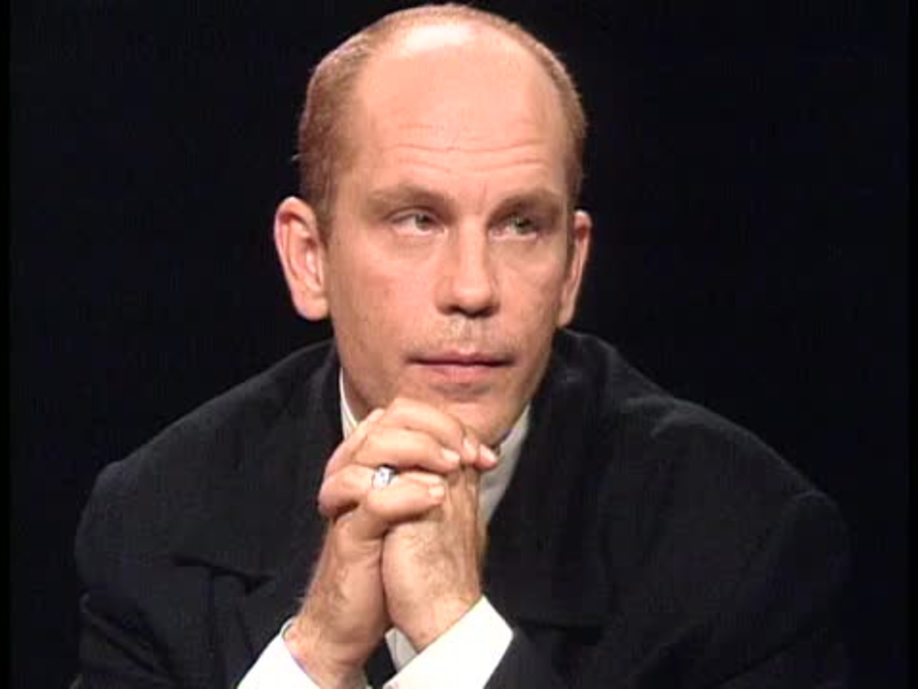 [His views on the judicial system and the removal of the death penalty]: ‘We’re all going to die, so the death penalty should be called the early-death penalty. And the furore about it strikes me as ridiculous. To make criminals feel that they’ve chosen to provoke others to feel would be the ideal penalty, but it’s impossible to do that. Many of them are psychopaths without conscience. People can debate all this as much as they like, but I really don’t care. I’m not a big believer in the judicial system, our laws or our Constitution. All the things Americans rave about as being sacrosanct are to me incredibly, deeply flawed.’

[The pretty Irish actress who played Jane to Johnny Weissmuller’s Tarzan in a string of movies, and would one day be the mother of actress Mia Farrow, had these reflections of her time in the role of Jane and of meeting Tarzan author Edgar Rice Burroughs]: ‘He was a nice guy…He asked me if I had read any Tarzan books, and I had to say no; I had barely heard of Tarzan. He sent me a copy of every one of his books…He thought Johnny Weissmuller and I were the perfect Tarzan and Jane, which is lovely. There was a period when I got so sick of all they would ask me about Tarzan, as though I had done nothing else. I changed my mind when my oldest son said to me he was very proud that I was Tarzan’s mate.’

[Her opinion of Weissmuller differed markedly from that of Esther Williams who wrote of him being little better than a sexual predator. Maureen described him as]: ‘An amiable piece of beefcake; a likeable, overgrown child.’ 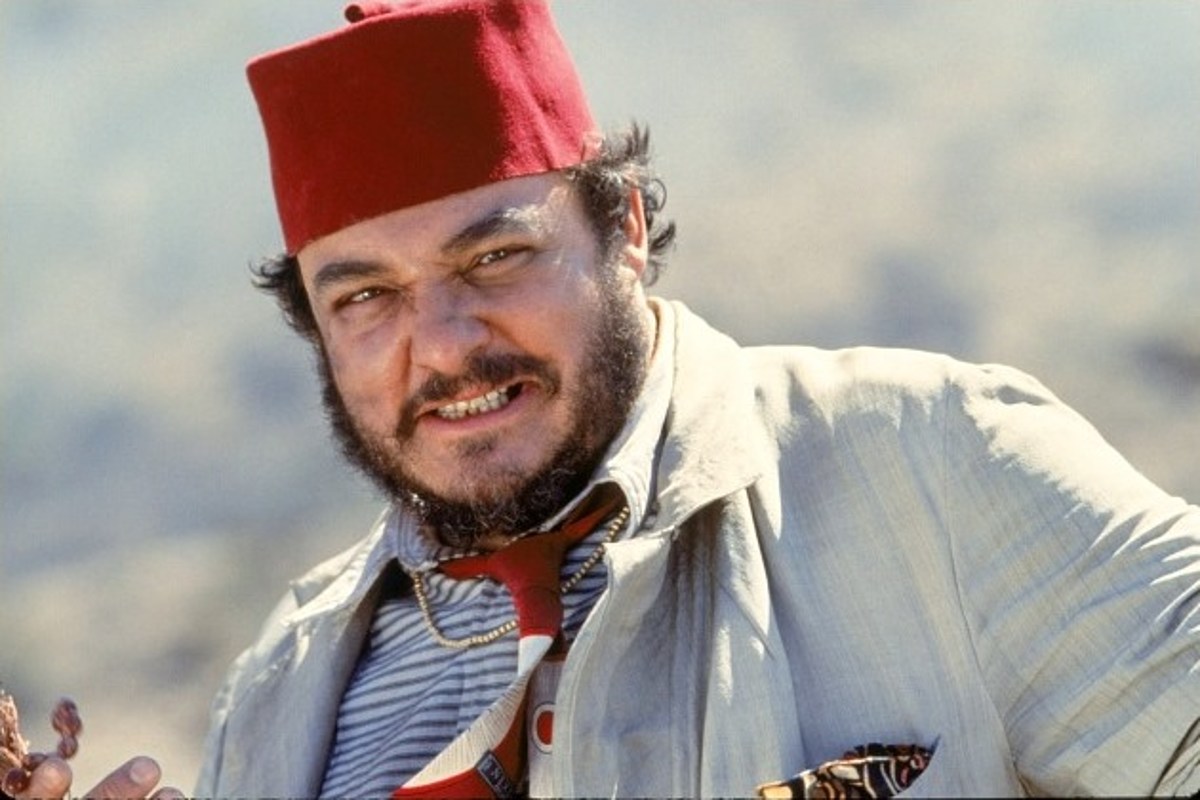 [John is the Welsh character actor who portrayed Sallah in Raiders of the Lost Ark (1981), opposite Harrison Ford as Indiana Jones.] ‘Every time I meet little boys and girls I do get asked about Sallah. Generally, the line is, ‘Can we have ten or fifteen of your autographs to trade at school?’ Even 10 or 15 of mine are not really enough to get one Harrison Ford. But I enjoy acting. It’s not that I begin to think I’m getting better. I now fully know that I’ve made no improvement whatsoever since I was twenty. I can live with it.’ 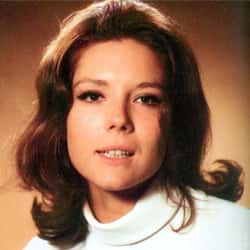 [Regarding American censorship in the sixties, the actress who portrayed Emma Peel on TV had this to say]: ‘Society was so much more prudish in the 1960s. In one episode of The Avengers (1961), I played a belly dancer and I had to stick a jewel in my navel because the Americans wouldn’t tolerate them. In those days, you didn’t flash the boobs at all. What you did do to look glamorous was jack the boobs up and probably wear something quite low-cut.’ 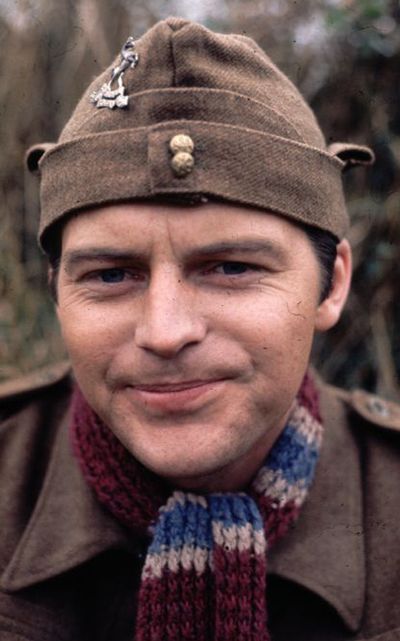 [The actor who portrayed Private Pike in the sixties British comedy series Dad’s Army (1968), has become (with the 2012 death of Clive Dunn) the last surviving member of the platoon] ‘It’s rather sad that Dad’s Army has to be repeated on TV, although I’m delighted to see it, of course. But there’s a need for it because they’re not making programmes for the whole family to watch. Sadly, everything now is done for demographics, whether it’s selling a chocolate bar or television. It’s amazing that there are children watching this now whose parents were not born when we started. But it’s because it’s so funny, and all the family can watch it; your sick granny, the kids, everyone.’ 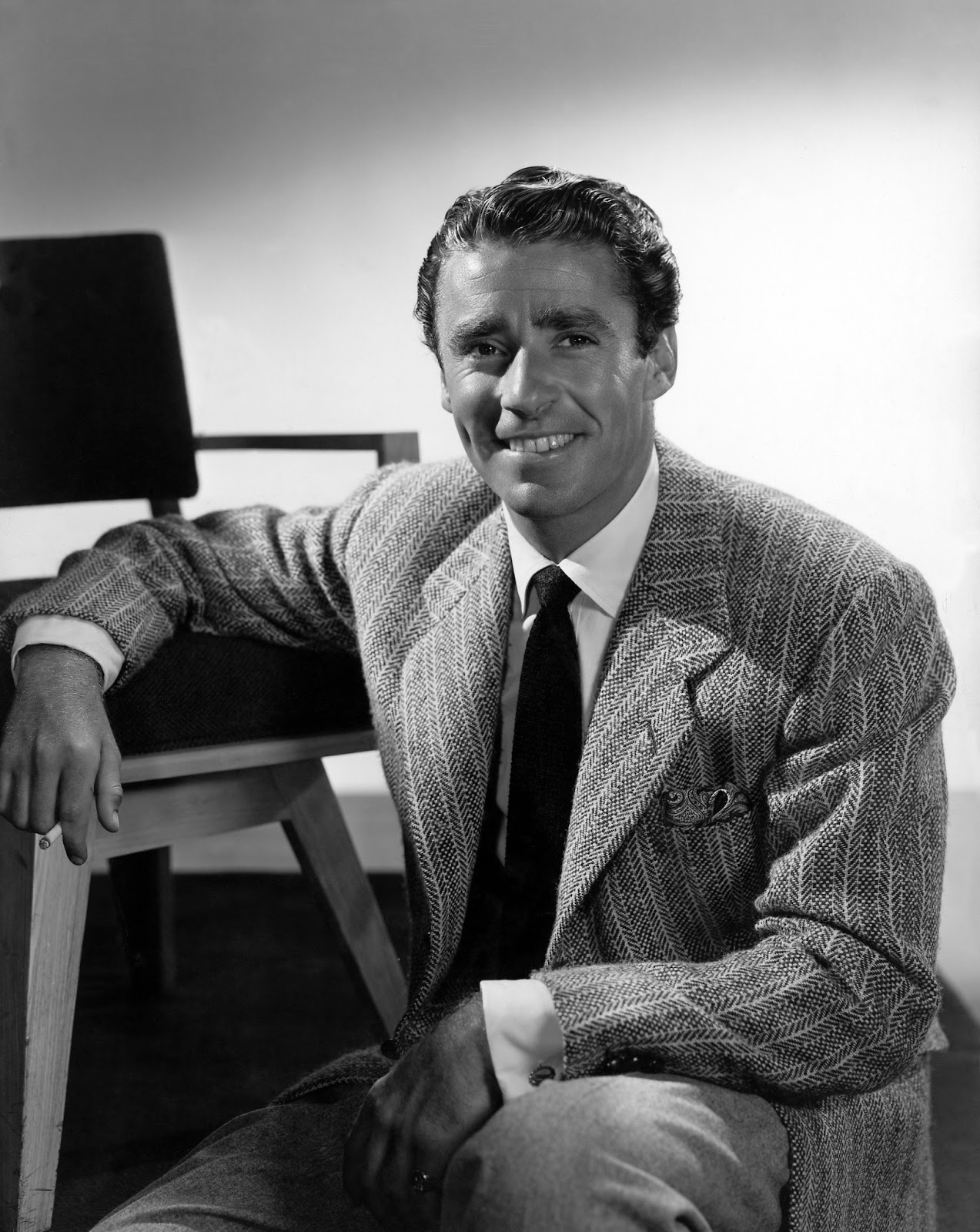 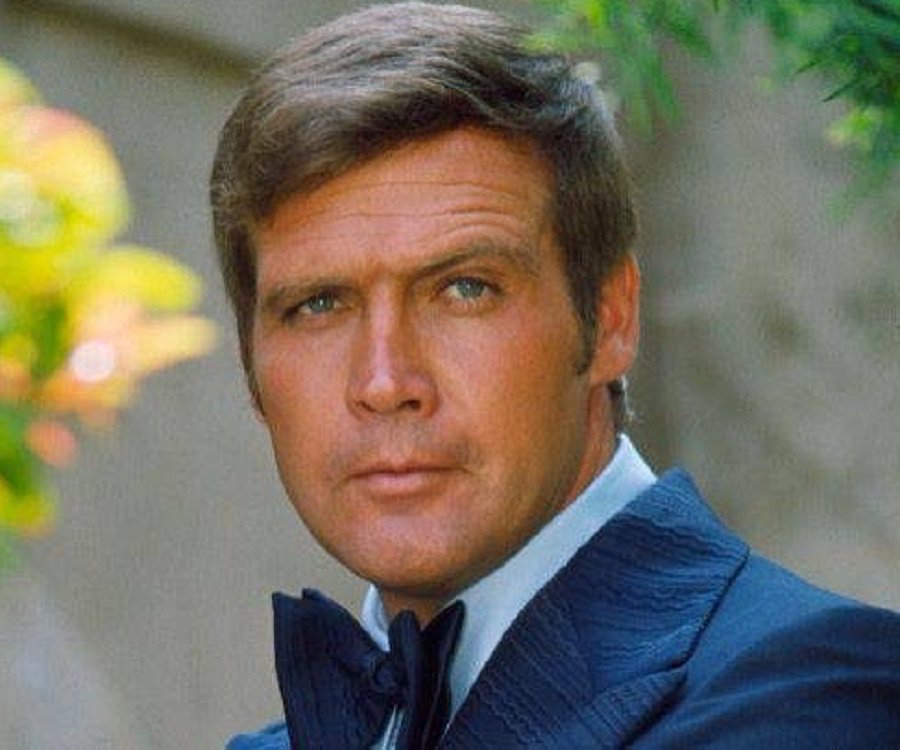 [Lee Majors commenting on his role as Heath Barkley in The Big Valley (1965) and his starring role in The Six Million Dollar Man (1974)]: ‘The Big Valley was the most fun at the time because it was my first and I love Westerns. All the action, horseback riding, I really loved it. The Six Million Dollar Man was so hard and so boring for me. Ironically, that was the most popular. It was total work. You’re there 16 to 17 hours a day.’ 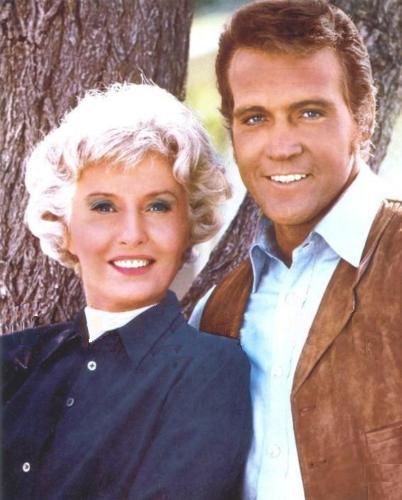 Lee with Barbara Stanwyck in The Big Valley

[On his on and off-screen chemistry with the star of The Big Valley, Barbara Stanwyck, who played Victoria Barkley]: ‘Barbara gave me my discipline…taught me to learn my lines and everybody else’s. I learn the whole script before I show up. She was 60, when she started that show, and that little lady, (she wasn’t very tall); I could touch my fingers around her waist, you know? She was one fiery little actress, one sweet lady, but she rode those buggies, she drove them, by herself. She did some shows where she was underground with Charles Bronson, trapped as a hostage; came out of there all muddied and everything, and she did some fights. She was a tough little girl.’