Nineteen year-old Linda Darnell was supposed to play the role of Vivian Potter in 1943’s The Gang’s All Here, but then she up and married 41 year-old cinematographer J. Peverell Marley and her boss, the predatory Darryl F. Zanuck at 20th Century Fox, was anything but pleased. She was put on suspension and he replaced her in the picture with Sheila Ryan. Zanuck had expected to continue enjoying Linda’s sexual favours for some considerable time and her sudden marriage had ended all that. At Fox it was common knowledge he was being orally serviced every afternoon at 4pm in his office by whichever of the studio’s beautiful young actresses he fancied. Linda was just one of his ‘regulars’. Others over the years included Carole Landis, Gene Tierney, Ann Sheridan, Jayne Mansfield and Marilyn Monroe.

Darryl F. Zanuck at his desk at Fox.

When lovely Carole eventually refused him, he spread false rumours that she had once been a prostitute and effectively wrecked her career. He attempted to rape Barbara Stanwyck in his office on one occasion. On another he exposed himself to Betty Grable and he grabbed Judy Holliday’s breasts while interviewing her one day. When Joan Collins refused his advances he fired her on the spot. He left his wife for young actress Bella Darvi, but upon discovering she was bi-sexual he dumped her flat and left her penniless. Both Bella and Carole would later take their own lives. Darryl F. Zanuck was an abominable Hollywood predator long before the likes of Harvey Weinstein appeared on the scene. 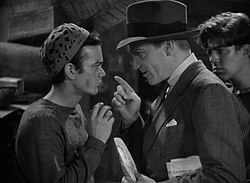 Leo Gorcey confronted by Cagney in Angels with Dirty Faces (1938)

When Jimmy Cagney played Rocky in the 1938 feature Angels with Dirty Faces, he drew on his childhood memories for his depiction of the character he was portraying. Hailing from Yorkville, a tough ethnic neighbourhood on the ‘upper east side’ south of Spanish Harlem, Cagney recalled a drug-addicted pimp who would stand all day on a street corner, hitching his trousers, twitching his neck and repeatedly saying, ‘Whadda ya hear!’ Whadda ya say!’ The recently signed Dead End Kids were also in the picture and ere soon running amok on the set, terrorizing cast and crew. Cagney again drew on his tough upbringing. When their leader, Leo Gorcey, attempted to ad-lib during one of Jimmy’s scenes, Cagney stiff-armed the cocky young actor in the nose and there was no more trouble from the gang.

British actress Pamela Ostrer was married to director Roy Kellino when she met and fell in love with actor James Mason on the set of I Met a Murderer (1939). They commenced an affair, she divorced her husband, married Mason, and officially changed her acting name to Pamela Mason. Three years into their marriage James made The Seventh Veil (1945) and embarked upon another affair, this time with his co-star Ann Todd. Whether or not Pamela found out about the liaison is debatable, but something must have riled her a couple of decades later because, in 1964, when she divorced him, she mercilessly cleaned him out in the settlement. 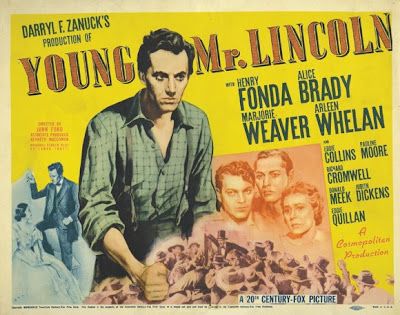 During the Springfield parade scene in Young Mr. Lincoln (1939), cinema audiences were understandably mystified when the crowd began chanting, ‘hay-foot, straw-foot’ at the militia passing by. Historically, the explanation is a simple one. During the American Civil War, the majority of recruits (on both sides) were illiterate farm boys, many of whom did not know their right foot from their left. Training sergeants, whose job it was to teach them how to march, would attach hay to a recruit’s left boot and straw to his right boot because these farm boys knew the difference between hay and straw. 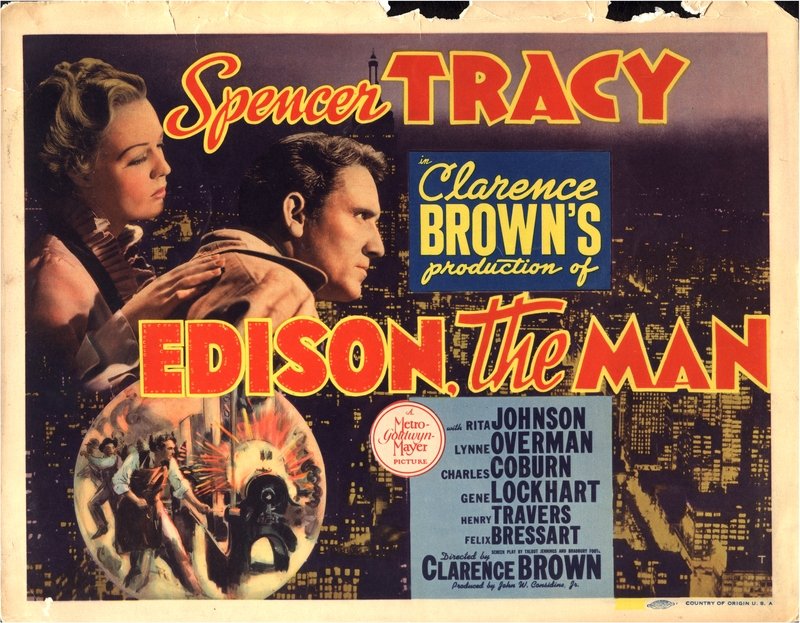 In the 1940 biopic Edison, the Man, in which Spencer Tracy played the title role, Edison and his wife are shown communicating with each other by tapping out Morse code. On-screen this is presented as a rather charming endearment, but in reality the man was stone deaf. The only way the couple could communicate at all was by tapping Morse code on each other’s hands. Thomas Edison was Spencer Tracy’s boyhood hero, a man he had looked up to all his life. When the Academy overlooked the film for Best Picture, Tracy vowed he would never again attend the Oscars. And he never did. 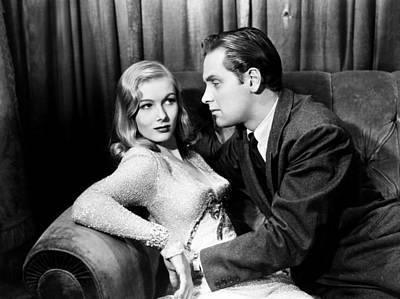 I Wanted Wings (1941), starred Ray Milland, William Holden, Wayne Morris and Veronica Lake. Reports from the set claimed Veronica was proving most difficult to work with. She was notoriously late and did not get along with director Mitchell Leisen, who was forced to order her to stay on the set so she could be located when needed. Not long after the picture was in the can, Morris surprised everyone by enlisting in the US Navy. Flying his Hellcat off the USS Essex in the Pacific, he became an ace by shooting down seven Japanese aircraft during the Second World War. He was awarded two Air Medals and no fewer than four Distinguished Flying Crosses. By the time he returned at war’s end, his chances of making it as a major screen star had faded away. Ironically, after surviving three years of combat, he succumbed to a heart attack in 1959. He was only 45.

Holiday Inn (1942) was a hugely successful film starring Bing Crosby, Fred Astaire and Marjorie Reynolds. Much of its success can be attributed to the Irving Berlin song ‘White Christmas’, which was sung in the picture by Crosby and Reynolds. Until 1997 it remained the best-selling music single of all time until it was passed by Elton John’s ‘Goodbye, England’s Rose’, his re-work of ‘Candle in the Wind’, done for Princess Diana’s funeral. They are still the two top-selling singles in history. 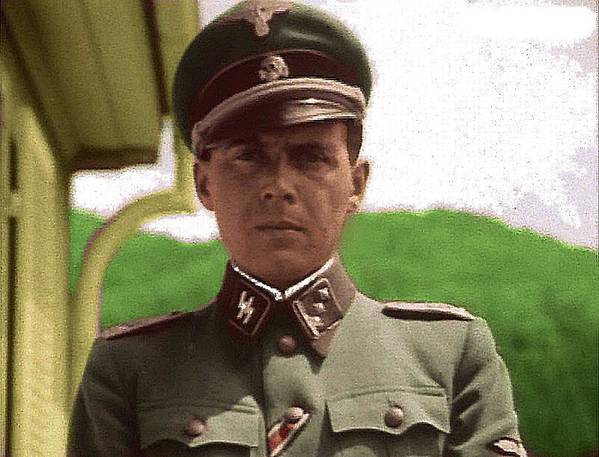 By a bizarre coincidence, the 1978 movie The Boys from Brazil predicted the death of Joseph Mengele (the Nazi ‘Angel of Death) to be in February 1979. In reality he suffered a stroke while swimming at a coastal resort in Bertioga, Brazil on February 7, 1979, just four months after the picture’s release. In 1985, friends of this monster led German authorities to a grave in Brazil marked ‘Wolfgang Gerhard’. The body was exhumed and positively identified as that of the ‘Angel of Death’. DNA tests in 1992 confirmed that finding.