Every once in a while a picture or a performance comes along that seems to possess a bit of movie magic. Usually it is through a combination of things; an above average screenplay boasting memorable one-liners, a particularly charismatic star in just the right setting to suit his or her most appealing characteristics and, more often than not, a musical score that is perfect for the story and/or its setting.

I thought it might be of interest to jog memories by looking at the performances I have personally enjoyed over and over in films that I regularly return to whenever I need a nostalgia fix. I should stress here and now that my taste is not that of a connoisseur or an ‘expert’. Never has been (as several self-professed ‘experts’ have been quick to point out on this very site), but I know which movies and storylines appeal to me and which do not. Therefore, you will find very few ‘kitchen sink dramas’ here; those depressing ‘real-life domestic squabbles that were all the rage in the seventies and eighties.

I like romantic comedies, westerns, war pictures, musicals, sci-fi, historical re-enactments and the occasional film noir. I think horror movies are a bore, most sporting biopics are poorly done because few film actors can convincingly play sporting heroes, even if their lives depended on it. And the supernatural has about as much interest for me as does anything that waxes lyrical over religion or religious history. I also thought it might be fun to limit my choices to one movie per star. For example, I have several favourite Tom Hanks films, so I made myself select just one as my all-time favourite, the one I watch more often than all the others. (Hanks fans will probably be aghast at my choice).

Not every actor or actress gets a run here. You will not find any mention of, for instance, James Dean, Lucille Ball, Adam Sandler, Woody Allen, Richard Burton or Diane Keaton because, frankly, I have never enjoyed any of their movies or performances. You will, however, encounter lightweights such as Kevin Bacon, Matthew Broderick, Arthur Kennedy, Billy Crystal, Audie Murphy etcetera, because they featured in at least one picture that took my fancy.

Similarly, I have included a number of actresses simply because I like looking at them on-screen. Examples: Claudia Cardinale, Rachel Ward, Dana Wynter, Linda Koslowski, etcetera, but you will search in vain for the likes of Greta Garbo, Hedy Lamarr, Jane Russell or Jean Harlow, each of whom is easy enough on the eye, but whose performances have always left me cold.

So, I shall present these in batches, a mixture of males and females spread across ten or so decades. There will be a photograph of the player in the movie I have chosen, accompanied by a very brief comment or two and, occasionally, a line of dialogue from the character. 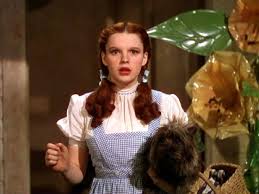 Judy was 16 years old when she played Dorothy in The Wizard of Oz (1939). She was compelled to wear a painful corset-style device around her torso to make her appear younger and flat-chested. She was, after all, playing a pre-adolescent girl. The story that MGM tried to do a deal with 20th Century Fox to get Shirley Temple for the role, in exchange for loaning Fox Clark Gable and Jean Harlow, is apocryphal. It has been stated that the deal fell through when Harlow suddenly died, but that simply cannot be. She died on June 7, 1937, yet MGM did not secure the rights to The Wizard of Oz until February 18, 1938! Besides, Shirley’s vocal talents were deemed inadequate for the scope of the role anyway

Dorothy: ‘Toto, I’ve a feeling we’re not in Kansas anymore.’ Laura is an unusual film. It is a ‘mood’ picture more than anything else. Dana Andrews had a serious drinking problem in his private life but there is no evidence of it here. He underplays the detective beautifully yet, according to director Otto Preminger, that was not the case in the beginning when Rouben Mamoulian was the director. Preminger thought both Andrews (and Gene Tierney) were ‘amateurish’, so he scrapped all Mamoulian’s footage and started from scratch. The result was a fine film that has stood the test of time.

McPherson: ‘I must say, for a charming, intelligent girl, you certainly surrounded yourself with a remarkable collection of dopes.’ 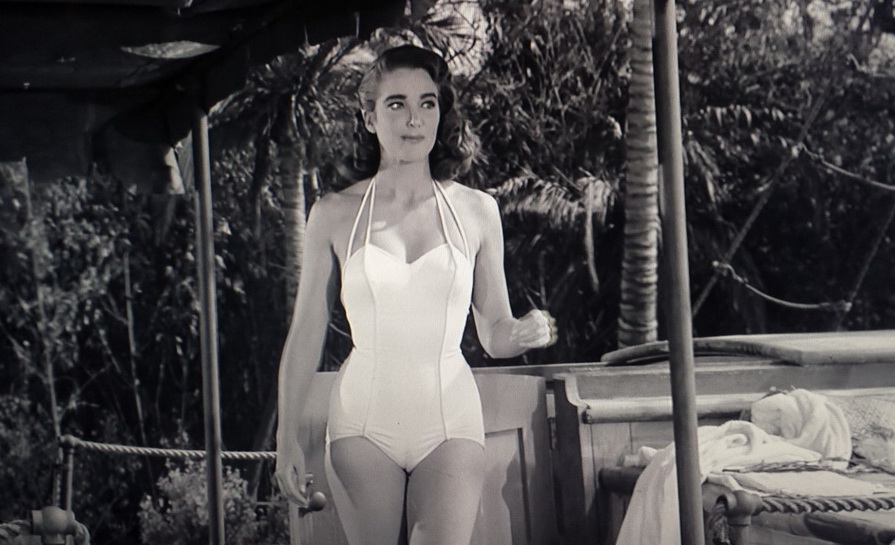 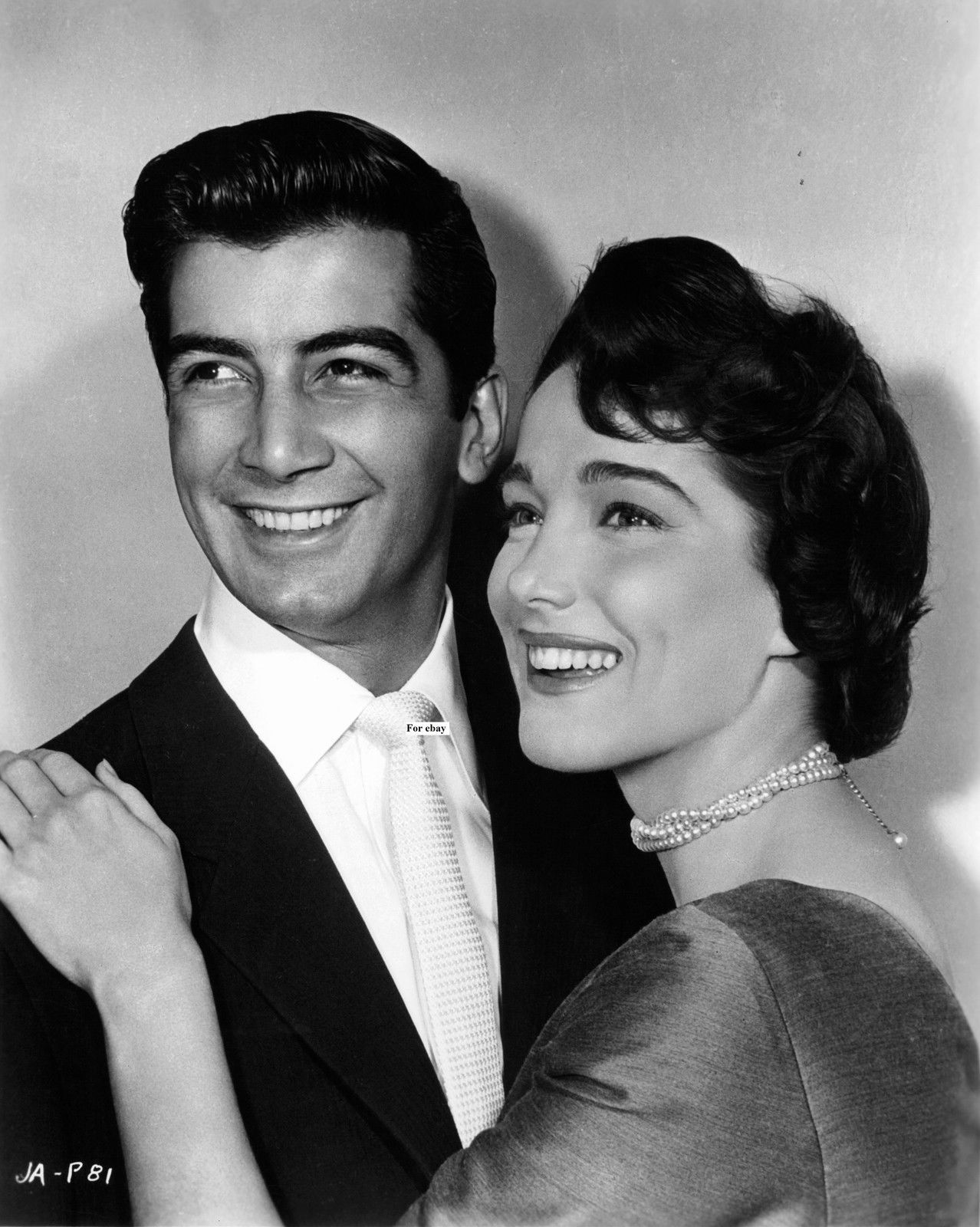 Julie Adams (she was Julia Adams when she made this film) had no idea that Creature from the Black Lagoon would evolve into a cult classic. But it has. Now in her nineties, the lovely Julie remains bemused by the fact that, despite her 149 acting credits, she seems destined to be remembered as the girl who was carried off by ‘the creature’ from the Black Lagoon. Solid performances in films such as Bend of the River (1952), Horizons West (1952), Six Bridges to Cross (1955) and Away All Boats (1956) have always been over-shadowed by her Kay Lawrence role. For 23 years (1955-78), Julie was married to actor Ray Danton, star of 1960’s The Rise and Fall of Legs Diamond, and they had two children together.

Richard Boone became a household name across the globe when he portrayed Paladin in the hit western TV series Have Gun – Will Travel (1957-63). Descended from Russian-Jewish grandparents, he studied acting on the G. I. Bill at the Actor’s Studio in New York after World War Two. His wartime experiences in the US Navy resulted in a drinking problem that remained with him for the rest of his life. Hombre is a greatly under-rated western and his performance as the leader of an outlaw band makes him a worthy adversary for the title character. The scene at the stagecoach depot, in which he bullies a returning soldier into surrendering his passage ticket, is a highlight of the picture. Boone passed away from throat cancer in 1981. He was 63.

Grimes: ‘My momma taught me to remove my hat and my cigar in the presence of a lady. Whatever else I take off depends on how lucky I get.’