Any pro golf enthusiast would more than likely assume that the 1963 comedy It’s a Mad, Mad, Mad, Mad World was (at least partially) shot in Hawaii, in particular at the Waialae Country Club, yet that is not the case. The famous golf club sports a feature near the 7th hole that one would think is unique – four palm trees criss-crossing one another to form a ‘big W’. If you have seen the movie, you will know that the treasure at the core of the story is buried under ‘a big W’, which turns out to be made of four criss-crossed palm trees, just like those at Waialae. The fictional Santa Rosita State Park of the movie, however, was landscaped (palm trees and all) at Portuguese Bend in Rancho Palos Verdes, California. Only one of the four planted palm trees survived into the 21st century, and even that was lost in a storm between 2000 and 2010. The ‘big W’ at the golf course in Hawaii was deliberately planted in 2009. Of course, that was long after the movie had been and gone.

Director Stanley Kramer endeavoured to obtain the services of as many great comedians as possible, and he made a real fist of it. The cast reads like a ‘Who’s Who’ of movie and television funny men and women. He even approached the legendary Stan Laurel but was reluctantly turned down. After his partner Oliver Hardy passed away in 1957, Stan vowed he would never perform again and he stuck to his decision. Comedian Don Rickles, on the other hand, claimed he wanted to be in the picture but says he was never asked. Bob Hope, George Burns and Red Skelton were approached but declined to participate. Judy Holliday was very ill with the cancer that would ultimately take her life and had to beg off.

Edie Adams played Monica Crump, the wife of Sid Caesar’s character Melville Crump. Her real life husband Ernie Kovacs was slated to play Melville, but he had been killed in a car crash a few months earlier. His death left Edie deeply in debt because Ernie had never paid taxes. Lumbered with his debts, she was determined to work off every cent he owed, so she accepted the role sheerly for the money. To her great credit she eventually reached solvency years later. An impressive lady. 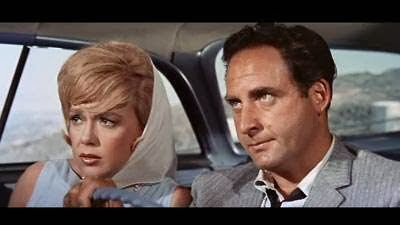 In those days before CGI, the sequence in which the twin-engine Beechcraft flies through the billboard sign was extremely risky. It was decided to build the centre of the sign of balsa wood and surround it with a harder wooden frame. Stunt pilot Frank Tallman then had to fly through the balsa wood section without striking the outer frame. Hitting the frame might well have torn off a wing! He achieved this nifty feat, but the balsa wood stopped one engine and caused the other to sputter, forcing him to limp back to the John Wayne Airport. He barely made it.

One of the more memorable performances in the picture was handed in by singer Ethel Merman playing the ranting, battle-axe mother-in-law of Milton Berle’s character. The part was originally written for a man, hopefully with Groucho Marx in the role. The loss of Groucho, however, proved to be the picture’s gain for Ethel was extremely funny throughout. On a more sombre note, a gala charity premiere benefit was held at the Cinerama Theater on November 17, an event attended by many of the Kennedy family although the President was unable to attend. Five days later he was assassinated in Dallas.

Billing a movie containing so many big names was a nightmare. Pleasing everyone was never going to be an option for Kramer and he knew it. He finally decided on Spencer Tracy for top billing. After all, he was the most successful actor in the cast, if not in all of America. As for the major comedians, there was only ever going to be one solution to their billing – alphabetical order. The same rule applied to the lesser lights. For some reason Kramer felt that special mention should be made of Jimmy Durante’s contribution, rather than simply place him in one of the alphabetical lists.

There was no shortage of egos on the set of this movie. Milton Berle, for example, consistently made sure he was the last person to leave the scene in a group shot. He would even invent things to do, just to stretch his screen time as much as possible. Perhaps, it was a professional knee-jerk reaction from a man who must have been aware that Ethel Merman (his mother-in-law in the script) was stealing scene after scene from him. Sid Caesar wanted changes made to his character’s dialogue and got into a screaming match over the issue with writer William Rose. Kramer cagily de-fused the situation by introducing the comedian to Spencer Tracy.

Although the story is set a long way from New York City, the number of performers in it sporting NYC accents is very noticeable. Jimmy Durante, Moe Howard (of the Three Stooges), Peter Falk and Leo Gorcey were all born in New York City; Milton Berle and Arnold Stang hailed from Manhattan. Buddy Hackett, Mickey Rooney, Phil Silvers, Edward Everett-Horton and Marvin Kaplan were from Brooklyn, Ethel Merman was a Queens girl, Sid Caesar was a Yonkers boy, Carl Reiner was born in The Bronx and Allen Jenkins in Richmond.  Dick Shawn and Jessie White were from Buffalo, not far away. 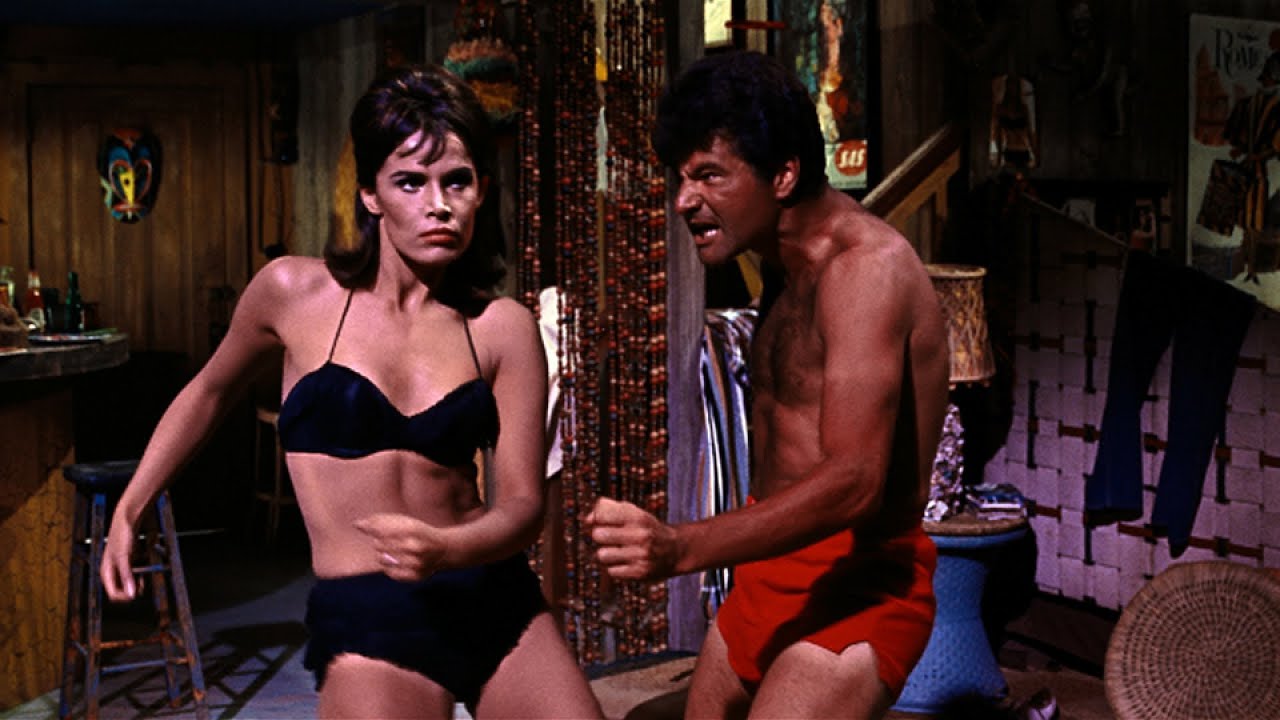 As of January 2018, there are just two of the featured players in It’s a Mad, Mad, Mad, Mad World still living. Jerry Lewis died in August 2017, leaving only Carl Reiner and Barrie Chase as survivors. Carl, who will turn 96 in March 2018, played the tower controller at Rancho Conejo. Barrie, now 84, played the girlfriend of Sylvestor (Dick Shawn’s character). Interestingly, when she first learned she had the part, she was at a loss about how to play it. A friend she consulted looked at the script, saw that she was required to dance with Sylvestor without speaking, and suggested she play the piece stoned. This created a problem for Barrie because she had never used any kind of drug in her life. In the end she faked lighting a prop joint and danced in a ‘zonked out’ manner as Shawn mugged around her. The friend who helped her ‘find’ the character, by the way, was none other than Steve McQueen.