In 1995, Empire magazine named the Top 100 Sexiest Stars in Movie History and Rock Hudson came in at # 28. Today, of course, he is best remembered for his sexuality rather than his appeal to female cinema-goers around the world. Rock was the first big star to be publicly ‘outed’ as a homosexual. His death from AIDS in 1985 exposed his lifelong battle to keep secret his gayness. In truth, it was never much of a secret in Hollywood anyway, a town where studios were expert at the art of deception, particularly when it came to the images projected by their ‘walking gold mines’. And Rock Hudson was certainly one of those. A bona fide sex symbol of either gender was worth his or her weight in gold. Literally. And if he or she appealed to both sexes, all the better. 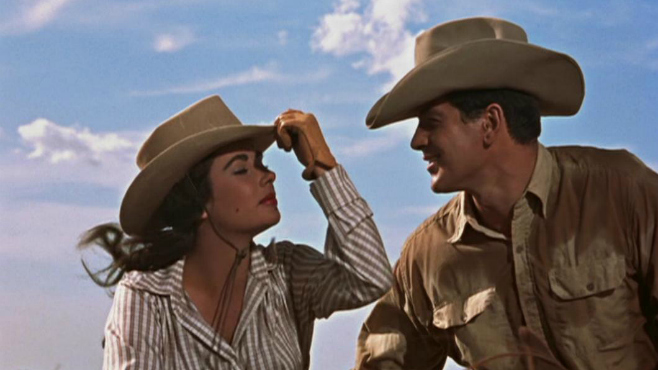 James Dean was a classic example of this. Women adored him, yet were totally unaware that he was cavorting around town with gay lovers (especially Montgomery Clift), with little or no regard to being caught out. Studio executives were mortified that his homosexuality would be revealed at any moment. His box-office appeal was quite extraordinary. Young girls were going to see his movies over and over again just to fantasize over the guy. Interestingly, so were gay men. Studio surveys revealed that teenaged girls were seeing his pictures 20 or 30 times! Hudson was equally popular with slightly older women. It became increasingly necessary for their studios of both men to seriously look at marrying them off. Warner Bros’ preference was to wed Dean to Natalie Wood who was already acting as his ‘beard’ on dates anyway. She would be photographed as his date then, once all the publicity shots had been taken, he would slip away undetected with a boyfriend. It was a time-honoured practice in Tinsel Town. Neither Natalie nor Jimmy were keen on tying the knot, however. Temporarily, publicity snapped Jimmy on numerous ‘dates’ with models or visiting strip joints. It was all part of the Hollywood game. Evidently, he had an affair with Pier Angeli along the way, and possibly one with Liz Taylor when they made Giant, but he much preferred his own gender.

It was gay agent Henry Willson who changed Roy Scherer’s name to Rock Hudson. He said later that he combined the Rock of Gibraltar with the Hudson River to come up with it. Like most big stars, Rock’s success did not come overnight or without considerable effort. He was unable to remember lines, as evidenced by his very first role (uncredited) in Fighter Squadron (1948). It took him 38 takes before he could satisfactorily deliver his single line of dialogue. And that was after an intensive coaching course that followed lessons on horse riding, fencing, dancing and singing! 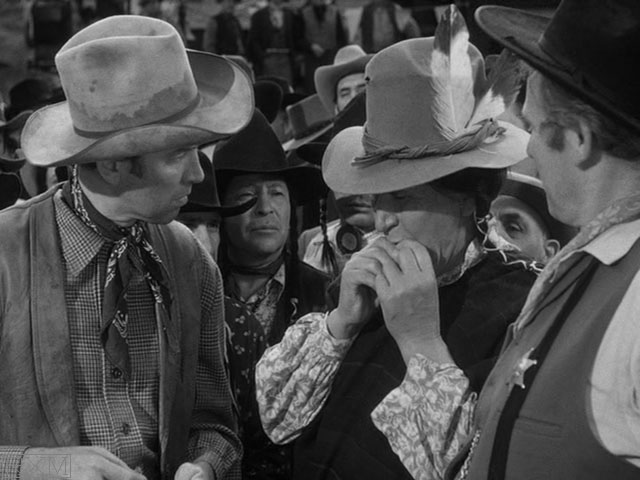 In 1950 he played an Indian named Young Bull in the Jimmy Stewart western Winchester ’73. Two years later he was a gambler named Trey Wilson in another successful Stewart western Bend of the River. Hudson declared later that he knew he was going to be a star when he heard the cinema audience at the premiere applaud and cheer whenever he (not Stewart) appeared on the screen. For a bit player he certainly stood out in that film. Willson was faced with a real dilemma in 1955 when Confidential magazine advised him and Universal that they were about to publish an article exposing Rock’s homosexuality. Henry and the studio decided to ‘give’ Confidential Rory Calhoun in exchange for burying the Rock exposé.  Rory’s criminal past was unearthed (without any visible impact on his career I might add) and Rock carried on as usual. I have always struggled to fully accept that story. Surely, money must also have changed hands. Or were there physical threats involved? Or both. After all, Rock Hudson being revealed as a gay man would be a monumentally bigger story than Rory Calhoun being exposed as an ex-jailbird. Ironically, it emerged (much later) that Rory had boyfriends as well! His relationship with Guy Madison (another of Henry Willson’s clients) is now common knowledge. Rock and his wife Phyllis Gates

Confidential aside, other journalists and reporters were beginning to circle Rock’s private life as well, so Universal followed Warners’ lead and suggested it might be an appropriate time for him to take a wife. This was always an effective response to the risk of exposure. Cary Grant married five times, each time a response to suspicions regarding his sexuality. Three of those wives were unexceptional actresses who agreed to nuptials, in exchange for an interlude in the limelight as the partner of a big star and a substantial payout at the end of the union. In Rock’s case, Willson’s secretary Phyllis Gates was chosen as the lucky player. She always claimed she married Rock for love and not simply to cover-up his homosexuality. A few of his friends said she was chosen because of her lesbianism. They also claimed she married him for his money. Phyllis died in 2006 so, with no definitive explanation likely at this late stage, I would tend to believe her version of things and leave it at that. The union was over inside three years amid accusations that Rock beat her from time to time. Maybe he did, maybe he didn’t.

Doris Day, Rock & Tony Randall in Send Me No Flowers

Of the 74 screen credits in Rock’s resume, perhaps the most loved and best-remembered would be the three sitcoms he made with Doris Day between 1959 and 1964. I refer to Pillow Talk (1959), Lover Come Back (1961) and Send Me No Flowers (1964). Some might argue that Magnificent Obsession (1954), Giant (1956) and Written on the Wind (1956) were more important pictures (and maybe they were), but the public found the Hudson-Day combination irresistible. The presence of Tony Randall in all three was an added bonus. Interestingly, both Doris and Tony have always maintained they had no idea Rock was gay back then. In fact, he often regaled them with boasts of his many conquests over studio starlets, they recalled. Gay insiders in Tinsel Town doubt their statements. In a town where estimates of homosexuality reached as high as 75% of actors and 50% of actresses, where everyone appeared to know everyone else’s business, it seems dubious at best that neither Doris nor Tony had their doubts.

Personally, I enjoyed watching Rock Hudson in his movies. Still do. Send Me No Flowers is still one of my favourite situation comedies. I have no interest in his sexuality one way or the other. The man entertained me with his movies and that is more than enough. Universal thought his screen test was so awful that they showed it to up and coming actors for years afterwards as an example of ‘what not to do’ in a test. Despite that rather damning indictment, I thought he was good in Giant and fun in the sitcoms. There have been a lot of far worse performers in movies than him.