It is difficult today for us to understand how the invention of moving pictures impacted on the public at the turn of the 20th century. After all, we have grown up with them. They are part of our lives and always have been. Back in 1903, however, they were the stuff of magic. Quite unbelievable, in fact. When the first outlaw pointed his pistol at the camera and fired in The Great Train Robbery (1903), audiences screamed in fear, thinking they were about to be shot! Vaudeville had been the chief source of entertainment until the arrival of the ‘flickers’, even though its heyday only lasted about eighteen years from 1900 to 1918. Only a tiny percentage of people had seen a still photograph or a camera by the first decade of the century, so when the first moving pictures appeared they caused a sensation.

It soon became apparent to folks with vision that moving pictures of anything could make money. Queues would form outside nickelodeons just to peer into a viewfinder for ten seconds to watch a man sneezing or wriggling in a dentist’s chair. It was only a matter of time before somebody figured out how to project those images onto a wall or screen and charge admission. Exhibiters could then collect off fifty customers at a time instead of just one.

Nickelodeon ‘flickers’ never lasted very long. About 10-20 seconds usually. Any longer and patrons began to complain of backache and the like from bending over the viewfinder. Providing chairs for them to sit on, enabling them to view ‘flickers’ projected on a wall, eliminated that problem in an instant. It also meant that longer films could be created and shown; longer films that patrons might pay even more to watch. By 1907 around 25 million of the 50 million persons in the USA at that time were going to see a nickelodeon at least once a week. A few of the smarter bean-counters soon began to wonder how many more customers would pay good money to venture into a proper theatre to watch something even longer. A story with a beginning, a middle and an end, for instance.

By 1910 nickelodeons in the bigger cities were being superseded by theatres. Astonishingly, within five short years there were 17,500 theatres making big money all over America! People just could not get enough of moving pictures and a number of astute businessmen had already established themselves in the industry. ‘Shorts’ proved more popular than the tiny offerings of yester-year, so it was inevitable that someone would start making lengthier features. Cecil B. DeMille was one such man. He headed out to Arizona with a film crew. He didn’t like the terrain nor the stifling heat there so he quickly moved on to California. There he found countryside more to his liking and enough sunshine to enable shooting to take place throughout the long northern winter months. In December 1913 he made a feature called The Squaw Man at a cost of $47,000. Within three months (despite the film breaking no fewer than six times on its opening night), it had grossed $250,000! And in 1913 that was very serious money indeed. Speaking of serious money, the star of the film was Dustin Farnum, an actor who quite possibly made the worst financial decision in the history of American Movies. When DeMille asked him to accept a 25% share in the Jesse L. Laskey Feature Play Company in lieu of his $250 a week salary, he opted for the money. The Lasky Company soon merged with three other companies to form Paramount Pictures! Farnum received $5,000 for The Squaw Man and missed out on millions that one quarter ownership of Paramount would have earned him. Oops! 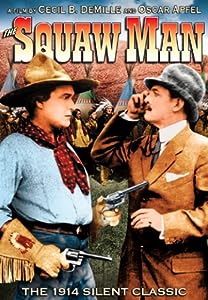 Within ten months of DeMille’s picture hitting screens a staggering 325 movies were shot in California alone! And when DW Griffith pumped out his epic The Birth of a Nation in 1915 the movie industry changed forever. By today’s standards this movie is tedious, almost unwatchable, but in 1915 it was regarded as nothing less than a miracle of modern technology. Having had to sit through it every term when I was tutoring Hollywood and History at Murdoch University in Perth, Western Australia, I can safely say that if I ever see it again…well, I just won’t. It is 186 minutes in length, which is long even by today’s standards. How anyone back then could sit through a silent, black and white movie that was over three hours long is testament to the ‘miracle’s’ drawing power. That patrons would pay the unheard of sum of $2 a ticket (about $70 today) is equally amazing, but that too illustrates the hold this ground-breaking picture had over people.

The story is awful, the acting typical of the times (appallingly melodramatic), and the depiction of African-Americans throughout the picture sends the ‘cringe-worthy’ meter clean off the scale. All but one of the actors playing them is a white guy in ‘black face’. The battle sequences are so full of smoke (there being no smokeless cartridges at that time) that scarcely anything is clearly visible. And to cap everything off, the heroes of the whole thing, the gents galloping to the rescue, are none other than the Ku Klux Klan! In fact, the whole thing is a thinly disguised love letter to racism and the Deep South. In spite of what far too many history books say, President Woodrow Wilson probably did not describe the film as ‘history written in lightning’. In fact, he tried to distance himself from it altogether, calling it (in private) ‘an unfortunate production’. The original playwright, Thomas Dixon Junior, is now thought to have penned the phrase as a shameless publicity ploy and then cunningly attributed it to the president. Already Hollywood hokum was rearing its ugly head. It is true, however, that The Birth of a Nation was the first movie ever shown at the White House. For all its shortcomings the picture made more money than any film until 1939’s Gone With The Wind smashed records left, right and center. Both were shamelessly sympathetic to the South, to its so-called chivalrous heritage and institutions, its magnolias, mint julips and slave plantations. Any shame or guilt over the institution of slavery is glossed over in GWTW and ignored altogether in Griffith’s monstrosity. No wonder The Birth of a Nation played on in the Deep South for the next 5-7 years. It made massive profits, with estimates putting its return as high as a billion dollars in today’s currency.

After 1915 the movie industry took off like a sky rocket. In an era when an average person could live very comfortably in America on around $750 a year, the executives at some of the big studios were raking in salaries of $20,000 a week! Even extras made good money compared to other industries: $5 a day for an extra in a crowd scene. $10 a day if appearing in a small group. $25 a day if in a close-up. And if you were fortunate enough to actually speak a line of dialogue the pay shot up considerably. In time (although not in the beginning) actors and actresses would become famous and make even more money than some of the executives. The movies and movie stars were here to stay.