Part 3 of ‘Stolen Oscars?’ looks at some of the individual Academy Award winners who, for want of a better word, purloined their statuettes. I shall start with the Best Actor category. I haven’t actually seen any of the other nominated performances for this year, but if this was supposed to be the best of them, then I don’t want to. Of course, acting in ‘talkies’ was still in its infancy then. I watched A Free Soul on TCM a few weeks ago. I did not expect much and that’s exactly what I got. It was pretty bad. Lionel proved later that he could be a most competent movie actor, but this was not one of his better efforts. There was very little subtlety in his performance, a legacy perhaps of the Silent Era.

1940   James Stewart in The Philadelphia Story

Stewart was OK in this, but surely the statuette should go to someone who does a whole lot better than just OK. There was another performance that year that was far superior to Jimmy’s. My choice?      Henry Fonda in The Grapes of Wrath

While I was tutoring ‘Hollywood and History’ at university a few years back I had the pleasure of watching this film several times because it was on the unit’s curriculum. The more I saw it the better Fonda’s performance became. I wonder if he realized at the time that he would have to wait almost half a century to pick up his one and only Oscar. He was robbed in 1940.

Paul who? His one claim to fame was this performance and I must say that it was pretty good. However, there was another performance that year that has since become iconic, and rightly so. Once again, what could possibly have possessed the Academy voters to choose Lukas over Bogart that year? My choice?      Humphrey Bogart in Casablanca

Bogie was Rick Blaine in Casablanca. My favourite movie of all time, I have watched it at least 50 times and Bogart’s portrayal is still flawless. The script by Julius and Philip Epstein and Howard Koch was chock full of gems and he delivered them in style.

I love westerns, but I do not like this one from United Artists. Nor do I think much of Cooper’s laconic, ‘strong silent type’ portrayal of Marshall Will Kane. Possibly, it might have been a little more palatable if the picture hadn’t been shot in real time. I found the movie and Coops slow, boring and grossly over-rated. Every once in a while Brando knocks my socks off. At other times I cannot stand him. At times in this picture he is nothing short of incredible. Love him or hate him, he is rarely dull. I suppose one could say ‘Zapata’ is a slow film compared with many, and it is. But it also has Brando to jolt you out of your lethargy with moments of unique brilliance. Coops on his best day could not hold a candle to this guy.

I recall someone once saying that not only was cricketer Steve Waugh not the greatest batsman in the world, he was not even the best batsman in his family. Similarly, not only was Chuck Heston’s performance here not the best acting performance of 1959, it was not even the best one in this picture. Stephen Boyd as Messala was quite wonderful, yet he did not even get nominated for Best Actor or even Best Supporting Actor. That aside, there was another acting diamond in 1959 that was nominated but failed to win. It should have.

My choice?      Jack Lemmon in Some Like it Hot

Lemmon’s portrayal of Jerry/Daphne was one of the all-time funniest pieces of acting ever put on celluloid, and has not dated one iota since. It is timeless. The Academy picked Chuck’s wooden effort over it. Unlucky Jack was swept aside by the Ben-Hur tsunami as it roared through the Academy Awards that year.

Burt had four roles in his career in which he excelled. This was not one of them. In 1953 he was great as Sergeant Warden in From Here to Eternity, for which he was nominated without winning. In 1957 he excelled as J. J. Hunsecker in Sweet Smell of Success and was not even nominated. His portrayal of General Scott in 1964’s Seven Days in May was also overlooked, and so was his outstanding work in 1972’s Ulzana’s Raid where he superbly played an Indian scout on the trail of renegade Apaches. Sandwiched in the middle of all these fine performance was his over the top, hammy, toothy, noisy Elmer Gantry. I hated the thing.

My choice?      Spencer Tracy in Inherit the Wind

Tracy’s acting seemed so effortless that his true excellence was sometimes overlooked or merely expected. He was nominated here but Burt knocked him off. Perhaps, the Academy figured he had enough Oscars already.

One thing you can be pretty sure of at Oscar time. And that is that any actor who is nominated for portraying someone with an affliction is almost guaranteed to win. I am currently researching this and have already found (in the Best Actor category alone) no fewer than twenty five winners who portrayed someone with an affliction or handicap of some kind or another. I shall post the list in these pages. Anyway, I suppose it is a matter of opinion, but I believe it has to be easier for an accomplished actor to impress when playing one of these roles, than it is for, say, Cary Grant to play romantic comedy effortlessly and impressively. For that very reason I have always thought Grant was wonderful at what he does; better than anyone else.

Perhaps, I should confess that I am a huge fan of Hackman. I only wish he had come to movies much earlier than he did. He began in 1961 when he was 31, but did not hit it big until The French Connection ten years later when he was already in his forties. He is now 85 and retired. His portrayal of FBI Agent Rupert Anderson in Mississippi Burning is typical, powerful Hackman at his very best. What an actor.

In general, I agree with just about all the choices for Best Actress. Only two I feel were not the best choices, although neither was a ‘howler’, as they say.

Ingrid is not awful in this, not by a longshot, but I believe there was a better performance that year, admittedly in a movie that I have always rated highly. I must say that Gaslight is not a movie I can be bothered with, whereas Double Indemnity knocks me out, always has, and Phyllis Dietrichson, played by Stanwyck, is one of my all-time favourite performances by a female. There are so many great scenes in this picture, but the one where Phyllis hides behind the door as Edward G Robinson’s character chats to Fred MacMurray’s is priceless. A marvellous movie in every respect. 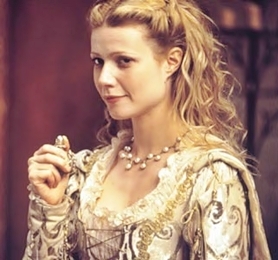 Again, I am probably being harsh on Gwyneth, because her performance in this film is highly enjoyable (as is the film itself), but there happened to be a better performance that year. My choice?      Cate Blanchett in Elizabeth

In my opinion, there are two exceptional actresses in movies today – Meryl Streep and Cate. They can be dramatic, humorous, powerful and gentle. Whatever role they take on they fulfill it with style and professionalism. Of all the depictions of Queen Elizabeth I down the decades Cate’s is the best – by several light years. So, why did she not win this year’s Oscar? I bet she is still asking the same question.

While on the subject of top flight actresses, I think it worth looking at one of the less fortunate female stars, one who never won an Oscar despite being nominated six times. English beauty Deborah Kerr enjoyed an illustrious career, admired by her peers and the public in general, so why didn’t she ever win one of those cherished statuettes? More often than not it was just bad timing, nothing more. Her first nomination was for Edward, My Son in 1949, but she was beaten by Olivia de Havilland’s fine performance in The Heiress. She probably finished a close second and was a trifle unlucky. Olivia in The Heiress

In 1953’s From Here to Eternity Deborah was positively brilliant. Unfortunately, she came up against the new kid on the block, the enchanting Audrey Hepburn in Roman Holiday. Audrey’s debut was the talk of the town. She was always going to win.

With Burt Lancaster in From Here To Eternity 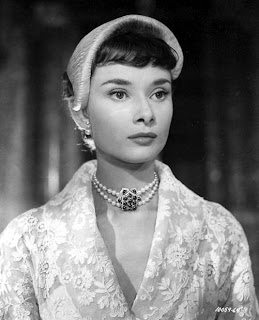 Nomination number three was in 1956 for The King and I. Yul Brynner managed to get the Best Actor nod for this picture, but Deborah came up against Bergman playing a young woman suffering from amnesia in Anastasia. No contest. 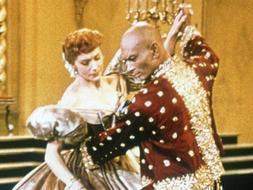 with Brynner in The King And I Number four was for a delightful portrayal of a nun in 1957, opposite Robert Mitchum in Heaven Knows, Mr. Allison, my second favourite Kerr role after From Here to Eternity. It was just her luck to strike the truly great performance in The 3 Faces of Eve by Joanne Woodward. Nobody was going to beat that. 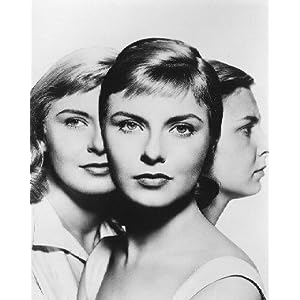 Woodward in The Three Faces of Eve

Nomination number five was for another super stint, this time in 1958’s Separate Tables. David Niven picked up his only Oscar for this film – but not Deborah. Once again she went down, this time to Susan Hayward’s tour de force in I Want to Live! with David Niven in Separate Tables Susan Hayward in I Want To Live!

Deborah Kerr’s sixth and last nomination was for the Australia adventure film The Sundowners, once again opposite Bob Mitchum. This time she was knocked off by a tracheotomy. Elizabeth Taylor’s life-saving operation (in real life) saw a massive outpouring of sympathy (and votes) for her less than impressive shot at playing a hooker in Butterfield 8. For the sixth and final time Miss Kerr missed out on the gold ring. Who ever said life was fair?

Deborah in The Sundowners